Labour MP Dennis Skinner labelled Donald Trump a fascist in parliament today and put pressure on the government front bench to cancel the President’s state visit to the UK. The comments come following a wide-scale backlash from MPs who have demanded Theresa May withdraws the invitation, saying he is “not welcome”. Trump posted a series […] 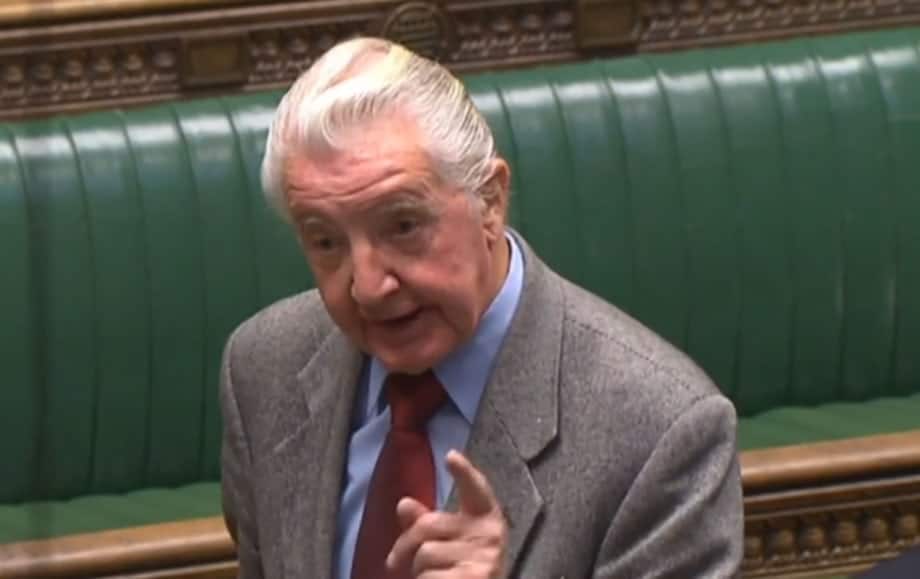 Labour MP Dennis Skinner labelled Donald Trump a fascist in parliament today and put pressure on the government front bench to cancel the President’s state visit to the UK.

The comments come following a wide-scale backlash from MPs who have demanded Theresa May withdraws the invitation, saying he is “not welcome”.

Despite causing international outrage the President’s press secretary defended his actions, saying “whether it’s a real video, the threat is real“.

Dennis Skinner, widely known as the Bolsover Beast, made a passionate plea in the Commons today, labelling the President a fascist.

“I think it’s pretty clear on the basis of what we already know about this Fascist president that mere words won’t be enough”, he said.