“After years of underinvestment, we started this pandemic with 50,000 too few nurses across the UK. It is impacting patient care and staff well-being now more than ever. They deserve proper respect and reward for their work, including a significant pay rise, to turn the tide.” 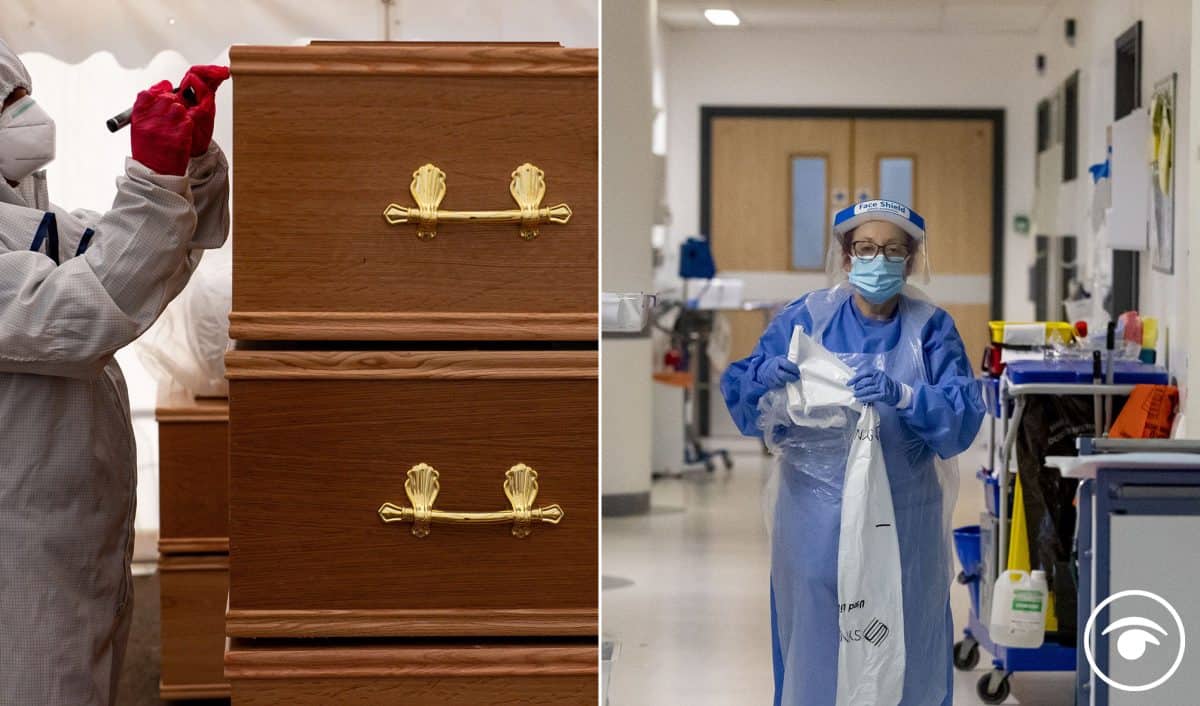 A dead patient was left on a ward for hours and another died after a fall at a hospital which has suffered staffing issues during the Covid-19 pandemic. This worrying news comes as eight in 10 nurses feel patient safety compromised as a result of staffing shortages in recent months.

A new report into care at University Hospitals Birmingham NHS Foundation Trust, one of the largest in England which has been hit particularly hard by the latest coronavirus wave, has laid bare the impact of the pandemic.

A series of Care Quality Commission (CQC) reports highlight how a patient who died was left on a ward for almost five hours and was not transported away due to low staffing levels.

In one part of the trust, nurses were caring for up to 17 patients.

Inspectors also highlighted issues surrounding infection control after hearing reports of patients without Covid-19 being placed on wards where there were Covid-positive patients.

CQC inspectors said deceased patients at Good Hope Hospital in Sutton Coldfield, one of the hospitals run by the trust, were “not always transported from the wards in a timely manner”.

“On ward eight, a patient had passed away at 6.45am, at 11.35am the patient still had not last offices completed or been transported from the ward due to low staffing levels,” the report states.

“This was reported by several staff members and it caused them distress.”

The document also highlights how another patient died and others suffered harm after potentially avoidable falls.

The inspection report states: “We were provided with examples of potentially avoidable falls due to low staffing numbers.

“On ward 11, a patient fell and passed away after sustaining an injury.

“At the time of the fall, the ward was short-staffed, and all staff were busy with other patients.

“An investigation report was produced as a result which highlighted staffing as a concern.”

CQC inspectors conducted unannounced inspections at three hospitals run by the trust on 2 and 9 December 2020.

– The service did not have enough nursing staff to keep patients safe. Some nurse-to-patient ratios were 1:17 at the time of inspection.

– Staff told inspectors about patients who had contracted Covid-19 while admitted to hospital, and felt this was linked to the “site management and allocation of patients to wards”. For example, some patients who were screened as Covid-19 negative were put on Covid positive wards.

– On one ward, which was visited during the second day of inspection, there were the appropriate number of nurses on the rota which was described as a “luxury”, despite the number of healthcare assistants on duty that day falling short of pre-planned staffing levels.

– Staffing shortages meant that some patients had to wait to be supported to eat meals.

– Staff frequently worked “hours” beyond their 12 hour shifts to ensure patients were safe.

– Some relatives of patients had “turned up directly to the hospital to complain” after raising concerns about not getting timely updates about their loved ones.

– Some relatives had complained that patients were discharged “in a worse condition than when they were admitted”.

– Concerns were raised about the cognitive decline among patients with dementia – with relatives unable to visit and staff being so busy they were mostly being restricted to providing essential day-to-day care and treatment, not mental stimulation.

CQC has made recommendations for the trust, including ensuring that nurse staffing is adequate to keep patients safe and improvements in venous thrombosis embolism care.

A spokesperson for University Hospitals Birmingham NHS Foundation Trust said: “There are some issues raised in the reports, all of which we were aware of prior to the inspection, which we recognise as requiring further work and this is ongoing.

“The effort of our staff to provide care to what is now well over 11,000 Covid inpatients, during the most difficult period in the history of the NHS, has been and remains quite extraordinary. It continues to be our focus.”

More than eight in 10 nurses have feared for patient safety due to staffing shortages, a new poll suggests.

A survey of 1,200 British nurses found that 86% have worked shifts in recent months where they felt patient safety had been at risk due to staff shortages.

Nurses described how they and their colleagues were “exhausted”, “on their knees” and “broken” as they work tirelessly to care for Covid-19 patients.

The survey, conducted by the Nursing Times during the last two weeks of January, found that 94% worked shifts that were short-staffed due to colleagues being off sick or self-isolating.

And a third (35%) had taken time off work themselves either because of Covid-19 or needing to self-isolate since October.

Almost a quarter had been off due to stress, fatigue or another mental health concern, Nursing Times said.

A community nurse told the publication: “I have been a nurse for almost 40 years – I’ve seen colleagues with low morale but this time they are broken.”

Another hospital nurse said: “We are on our knees on every shift. Our trauma is continuing, we have no time to recover.”

A critical care nurse added: “You have to be on the ball at the top of your game constantly. It’s exhausting; we are running a continuous sprint, but the Covid-19 pandemic is an endless marathon.”

Nurses who completed the survey recognised that there were support systems available for NHS staff but a number said they did not have time to access it.

One said: “The problem is staff need time away to access the support and, due to lack of staff, sickness and competent staff, this is virtually impossible.”

Commenting on the survey, Dame Donna Kinnair, chief executive and general secretary of the Royal College of Nursing, said: “The current pressure on health and care services is taking a toll on the well-being of nursing staff.

“The staff I speak to every day tell me that they have no fuel left in the tank and their resilience is being seriously tested.

“It is vital the support is funded and available where and when it is needed and that managers encourage and support staff to seek help.

“After years of underinvestment, we started this pandemic with 50,000 too few nurses across the UK.

“It is impacting patient care and staff well-being now more than ever. They deserve proper respect and reward for their work, including a significant pay rise, to turn the tide.”

Ruth May, chief nursing officer for England, said: “It is absolutely right that hard-working staff who have delivered care to thousands of patients during this pandemic are also well supported and cared for.

“There is help and advice available for NHS nurses, midwives and all staff working on the frontline, as well as for those working behind the scenes, including a confidential mental health and wellbeing advice line and 24/7 text support.”

Related: Video of Sir Chris Whitty being harassed and called a ‘liar’ on the street surfaces