Tributes to the centenarian have replaced ill-judged notions that coronavirus 'only' kills the most vulnerable. 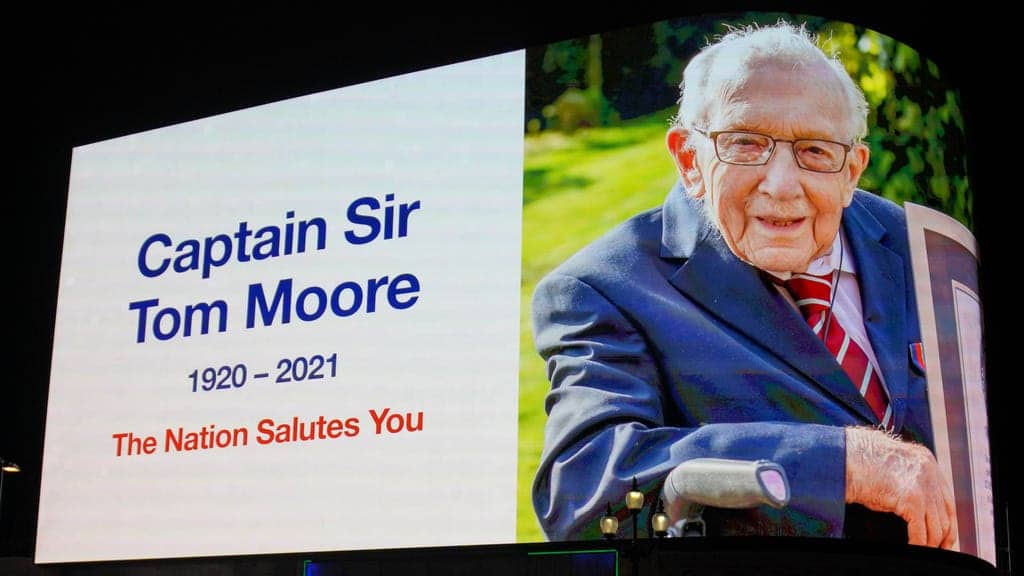 Throughout the Covid-19 crisis there has been one statistic that has emboldened the anti-lockdown mob more than anything else; that those who are over 80 or have pre-existing health conditions are far more likely to die of the disease than anybody else.

In December, as a new strain of Covid ripped through the country, the Daily Mail proudly trumpeted that only “388 people aged under 60 with ‘no underlying health conditions’ have died of Covid in England’s hospitals”.

It galvanised lockdown sceptics such as Julia Hartley-Brewer, who managed to escape the festive shutdown by flying to Antigua, and former Brexit MEP Claire Fox who called for restrictions to be eased in January.

Had that happened who is to say how it would have impacted fatalities – but 100,000 and counting with restrictions paints a telling picture.

“We don’t hold their lives to be valueless”

Thankfully not everyone was as willing to be misled.

The MP for Harborough Neil O’Brien hit back at the time: “The below is wrong at several levels. In England and Wales, 65,000 aged 65+ have died with it, plus over 7,400 working age people.

“Many had prior medical conditions, but we don’t hold their lives to be valueless because Britain isn’t a fascist state.”

Dr Dominic Pimenta, chairman of the Healthcare Workers’ Foundation, also pointed out that the statistics were misleading because the ‘pre-existing conditions’ category is broad and can range from trivial issues to life-threatening illnesses.

He said: “In England and Wales alone there have been over 7,400 Covid deaths in the under 65s, and nearly 8,600 excess deaths compared to the five-year average.

“With a vaccine already here, those still arguing for mass infection and protecting those at risk is neither practical or ethical, nor economically or scientifically literate.”

The death of a “national treasure”

Yet suggestions that the most vulnerable should, at least in some ways, be sacrificed for the greater good has persisted throughout the second peak.

“Why should the young, the fit and the able be kept out of the pub if they are unlikely to die of the virus?”, seems to be the insinuation. “Surely keeping the economy ticking over is more important” is another.

At least, that is, until a “national treasure” passed away after spending the final years of his life in the spotlight for the tremendous work he has done for the NHS.

Hartley-Brewer led the tributes, seemingly forgetting what her stance had been a few months prior:

While Ash Sarkar was rounded on for pointing out the obvious:

There'll be an awful lot of people mourning Captain Tom today, who've spent the last year downplaying coronavirus deaths by saying that they're mostly made up of elderly and unwell people.

Of course many people’s viewpoints will be nuanced, but if the last 24 hours has taught us anything it is that during a pandemic all lives matter. With a vaccine on the way we will soon be able to reflect on the many lives we saved by making small sacrifices, staying at home and watching Netflix.