The moves have been described as an "assault on democracy" by the Joe Biden campaign. 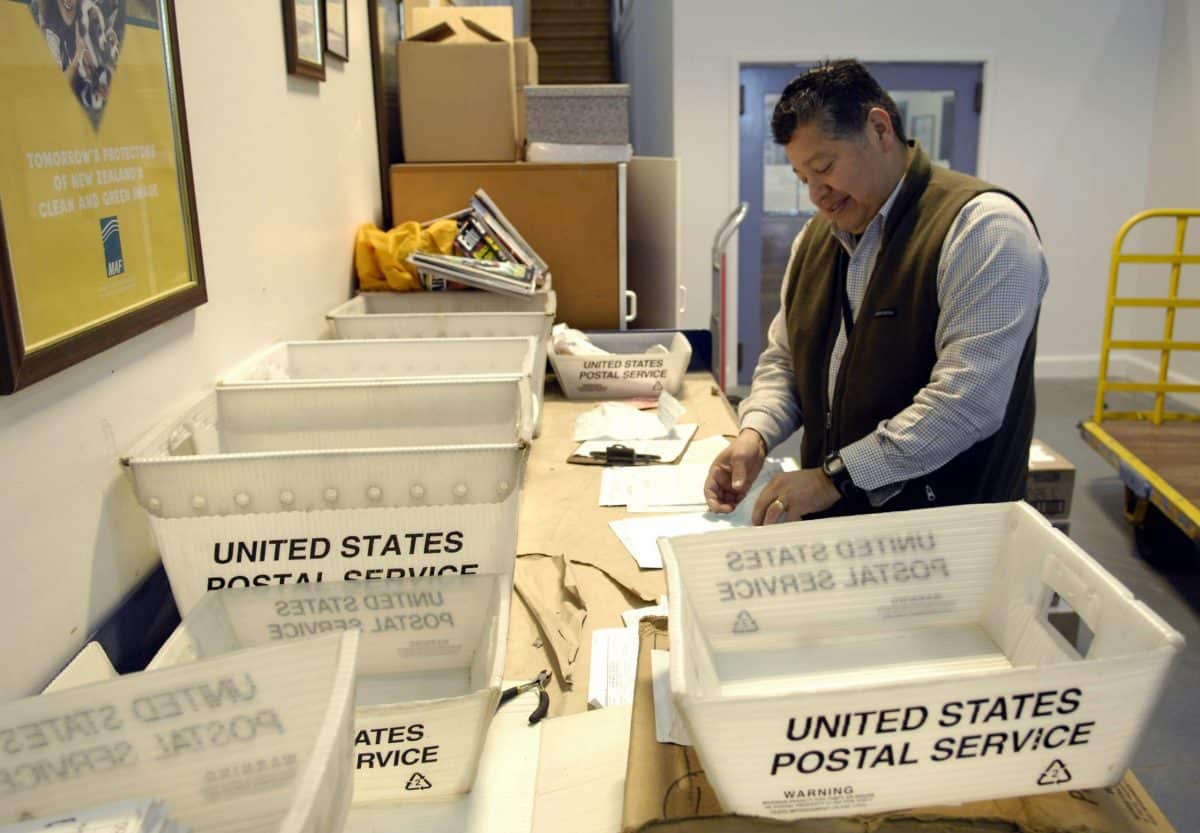 Postal workers in the US have warned that an election scandal could be unfolding after the United States Postal Service started quietly removing the machines responsible for sorting ballots.

According to reports USPS is taking away machines rather than simply not using them when not needed – with no explanation for why such drastic action is being taken.

One source told The Washington Post that the move will “force the mail to be worked by human hands in sorting” which “guarantees to stop productivity”.

Postal workers say equipment is often moved around or replaced, but not usually at such a rate, and not in such a way that would affect workers’ ability to quickly process large quantities of mail.

Local union officials also have no idea what’s going on. “I’m not sure you’re going to find an answer for why,” one union president told Vice, “because we haven’t figured that out either.”

Text from Postal Service source on this news: “It’ll force the mail to be worked by human hands in sorting. Guarantees to STOP productivity. On top of cutting the overtime needed to run the machines, can you imagine the OT needed to do this to old hard way?” https://t.co/SFZnZuFF6w

Yesterday Donald Trump confirmed that he will block funding for the US Postal Service requested by Democratic lawmakers, citing his intention to prevent universal mail-in voting.

The President acknowledged in the interview that the USPS will be unable to process a large number of ballots from mail-in voting without the funding – even though there is no evidence that mail-in voting leads to higher levels of voter fraud, according to multiple experts, news organisations and fact-checkers.

“I’m not doing this for any reason,” Trump said, referring to his push to deny the agency funds. “Maybe the other turns out to be my advantage. I don’t know, I can’t tell you that. But I do know this: I just want an accurate vote.”

Eight states are mailing ballots to all active voters this autumn, including six that have been doing so for years, but most states are not conducting what Trump calls universal mail-in voting.

“What [it] would mean is the people will have to go to the polls and vote like the old days, like two years ago, three years ago. … It doesn’t say anybody is taking the vote away, but it means that the universal mail-ins don’t work,” Trump said.

The Joe Biden campaign has said Trump “sabotaging a basic service” in response to the moves, calling his intentions an “assault on democracy.”

“The president of the United States is sabotaging a basic service that hundreds of millions of people rely upon, cutting a critical lifeline for rural economies and for delivery of medicines, because he wants to deprive Americans of their fundamental right to vote safely during the most catastrophic public health crisis in over 100 years — a crisis so devastatingly worsened by his own failed leadership that we are now the hardest hit country in the world by the coronavirus pandemic,” Biden campaign spokesperson Andrew Bates said in a statement.

It isn’t the first time this week that the president has lambasted voting by mail.

On Wednesday, he devoted a considerable amount of time during his daily briefing with reporters to denounce any plans for additional funding to support the Postal Service.

Experts have estimated that as many as 70 per cent of votes could be cast by mail in this election cycle because of disruptions caused by the pandemic.

Related: Exam regulator moves to shift the blame onto teachers