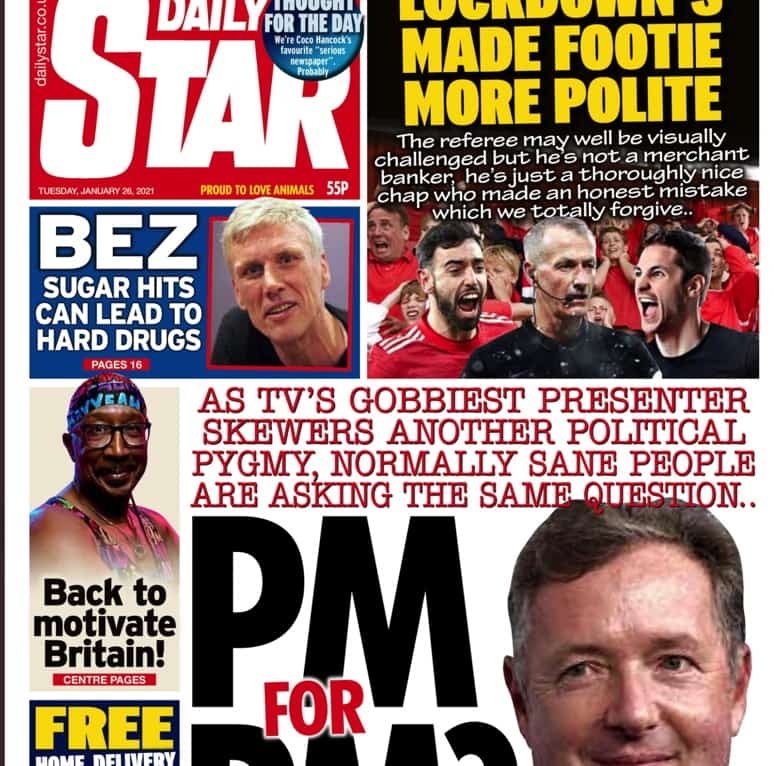 Piers Morgan has been called upon to follow in the footsteps of his former pal Donald Trump and try his hand at politics.

The Good Morning Britain presenter proved too much to handle for Work and Pensions Secretary Thérèse Coffey after she abruptly terminated an interview live on TV yesterday.

It came after he asked her to elaborate on suggestions that the UK’s Covid death rate may have been higher because of its ageing population and obesity.

Therese Coffey accused @piersmorgan of being insulting for repeating her words that the UK’s worst global death rate is due to the age and obesity of the population.@susannareid100 points out Boris Johnson said weight was a factor after he recovered from Covid. pic.twitter.com/pWUt0EwoFN

It’s not the first time Morgan has made a cabinet member squirm this year.

Following the departure of Dominic Cummings, who presided over a 200-day boycott of the show, he has had ministers bang to rights on his show over the escalating Covid crisis.

Last week he clashed heads with Brandon Lewis after figures compiled by University of Oxford-based research platform Our World in Data showed the UK had the highest coronavirus death rate in the world.

Lewis argued “you can’t do direct comparisons like that”, to which Morgan retorted: “Stop doing international comparisons on vaccines then”.

Piers Morgan – So the UK government has absolutely no idea why we have the worst death rate in the world?

His tough stance on Covid measures and ruthless ability to hold politicians to account has led the Daily Star to argue that he should become the next Prime Minister.

Splashing “PM for PM” on its front pages this morning the red top said the “telly motormouth” is being urged to go into politics like his “ex-bestie Donald Trump”.

Several people have endorsed the idea, although one person replied “I’d rather have Mr Motivater as PM than that nugget”.