"It is incumbent on you as the government to explain why we have the worst death rate in the world." 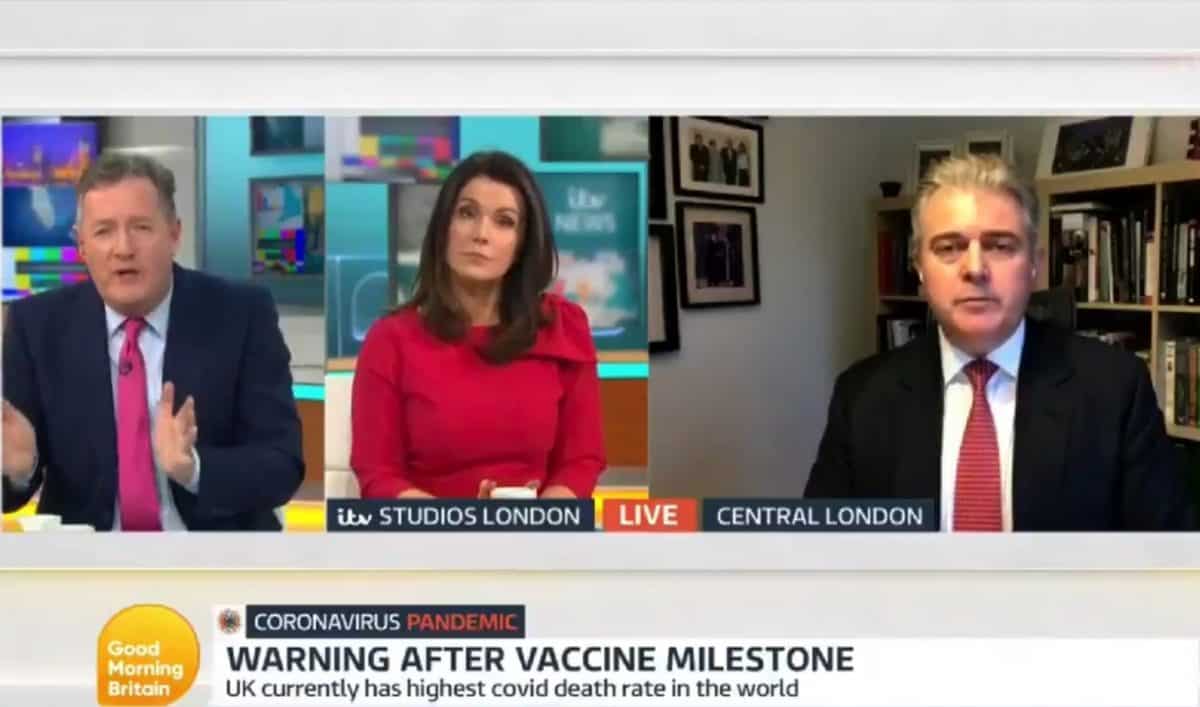 Piers Morgan clashed heads with government minister Brandon Lewis this morning after the Secretary of State for Northern Ireland tried to wiggle out of explaining why the UK currently has the worst Covid-19 death rate in the world.

Figures compiled by University of Oxford-based research platform Our World in Data show the average of 935 daily deaths in the UK over the last week was the equivalent of more than 16 people in every million dying each day from coronavirus.

That is the highest rate in the world and exceeds numbers being recorded in the United States, South Africa and Mexico.

BREAKING: The UK now has the highest covid death rate in the world. A horrifying, heart-breaking, appalling fact that shames our country & our Govt. pic.twitter.com/URqGbu0ate

Taking Lewis to task on the issue, Morgan asked: “Do you as the UK government have absolutely no idea why we have the worst death rate in the world?”

The government minister responded with the tired and tested line that “you can’t make international comparisons” when it comes to the death toll.

But as Morgan rightly pointed out, they have been more than happy to make them when it comes to the rate of vaccinations in the country.

Piers Morgan – So the UK government has absolutely no idea why we have the worst death rate in the world?

According to official data collected by Our World in Data, the UK is in the top four countries worldwide and ahead of the USA when comparing the number of doses per 100 of the population.

Ahead of the UK are three Middle Eastern countries – Israel, the United Arab Emirates and Bahrain which have handed out more than eight jabs per 100 of their population.

The Government says it is on track to vaccinate around 15 million high-priority people across the UK by February 15, including frontline health and social care staff, the over 70s and people in care homes.

Once those vaccines have taken effect, around two to three weeks later ministers will consider whether lockdown measures can be eased in England.