“There is a problem with impartiality and the BBC, they would say that they’ve recognised that themselves.” 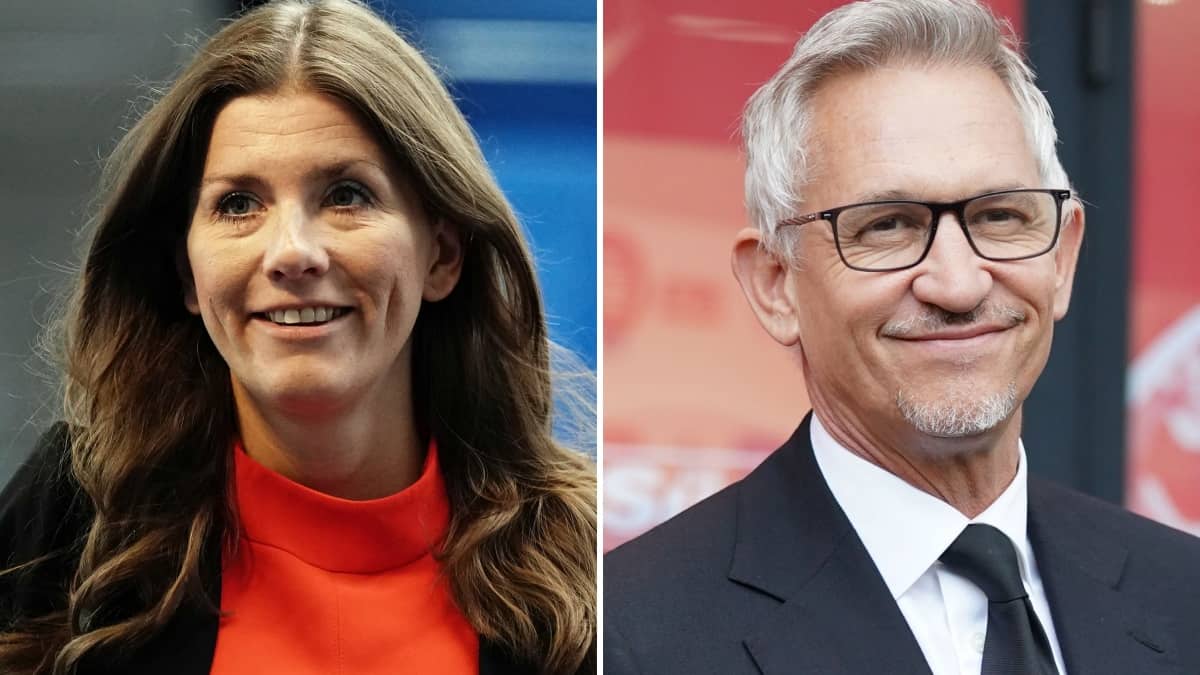 Culture Secretary Michelle Donelan has said the BBC should be “conscious” of recent comments made by Gary Lineker.

Donelan was speaking to The News Agents podcast about BBC impartiality in light of remarks 62-year-old Lineker had made on the same show about the World Cup in Qatar and racism in America.

Reflecting on BBC impartiality, Donelan said: “There is a problem with impartiality and the BBC, they would say that they’ve recognised that themselves.”

In light of the broadcaster’s impartiality rules, she went on to criticise Lineker, telling hosts Emily Maitlis and Jon Sopel: “There’s been a few things that Gary Lineker has said over the years.

“And as a commentator on a public service broadcaster, you just have to be conscious of the comments that he makes.

“I’m thinking their most recent one was when he was over in Qatar, and he did an interview… and he referenced America and there were some very derogatory questionable comments.”

Donelan was referring to comments made by Lineker on The News Agents podcast in December, where he described the US as “an extraordinarily racist country” as he reflected on issues which surrounded Qatar’s bid to host the World Cup.

When asked by Maitlis whether she believed Lineker’s comments “crossed an impartiality line”, Ms Donelan replied: “The general point wasn’t about this is one individual, this is the problem for the BBC, the problem of the BBC is Gary Lineker.

“That’s not the problem.

“What I was doing was using a range of examples to show that is highlighting a culture, which allows that kind of behaviour and accepts it. Which is what they need to deal with.”

During her interview on the podcast Donelan also addressed recent comments made by Jeremy Clarkson about the Duchess of Sussex.

In a column for The Sun newspaper published in December, Clarkson, 62, said he “hated” Meghan Markle and dreamed of her being paraded through British towns and publicly shamed.

Of Clarkson’s comments, Donelan said: “I wouldn’t have said what he said and I don’t align myself with the comments that he made, categorically no” but added: “But I am a believer of freedom of speech. I think that he had the right to say what he wanted to say.”

The full interview with Michelle Donelan is available to listen to on The News Agents podcast on Global Player.