There has been a huge backlash over the pub chain's lack of support for their 40,000 employees amid the coronavirus outbreak. 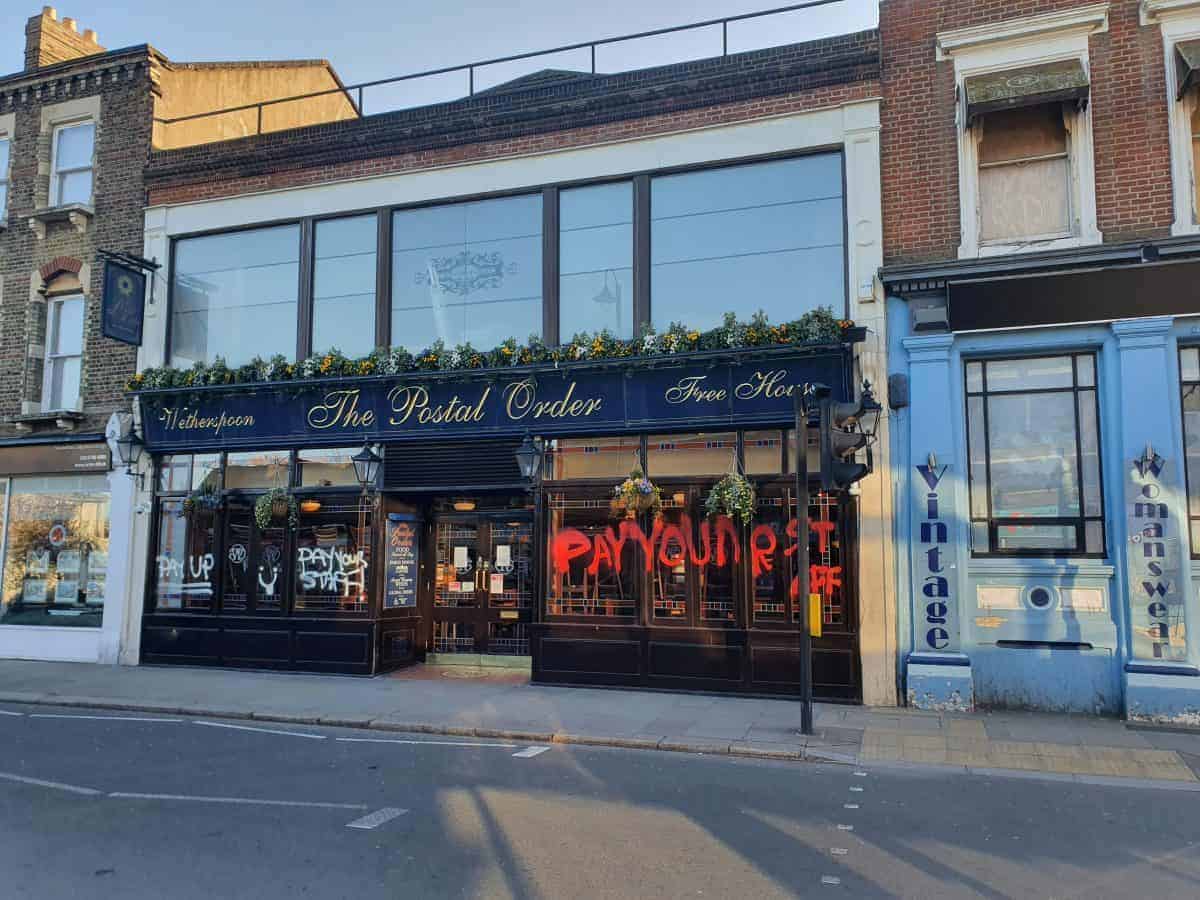 A Wetherspoons pub in Crystal Palace has been graffitied with “pay your staff” following outrage over the chain’s lack of support for their 40,000 employees amid the coronavirus outbreak.

The company closed all its pubs on Friday after Prime Minister Boris Johnson ordered sites to shut until further notice due to the coronavirus pandemic.

Tim Martin sent a video to all staff on Monday evening, telling them he will pay employees until the pubs last opened, but there will be no further payments until the Government fulfils its promise to cover 80 per cent of the wages of workers affected.

The hashtag #boycottweatherspoons was trending on Twitter following the announcement, in which he advised staff to “go and work at Tesco”.

“The thing with Tim Martin is that bad press doesn’t make him change his tune as he knows that people will always go to Wetherspoons because of the low prices.

“I do think though that people need to see that he has contacted his staff and not once mentioned staying safe or our health.”

Pictures of The Postal Order in Crystal Palace have emerged with graffiti across the exterior.

Messages including “pay your staff” and “pay up” were scrawled across the building on Westow Street and seemed to be welcomed on social media.

The Wetherspoons in Crystal Palace this morning… pic.twitter.com/IRUJ7CZ5fD