Black Americans celebrated Derek Chauvin’s conviction for George Floyd’s murder while recognising it as a small step towards racial equality. 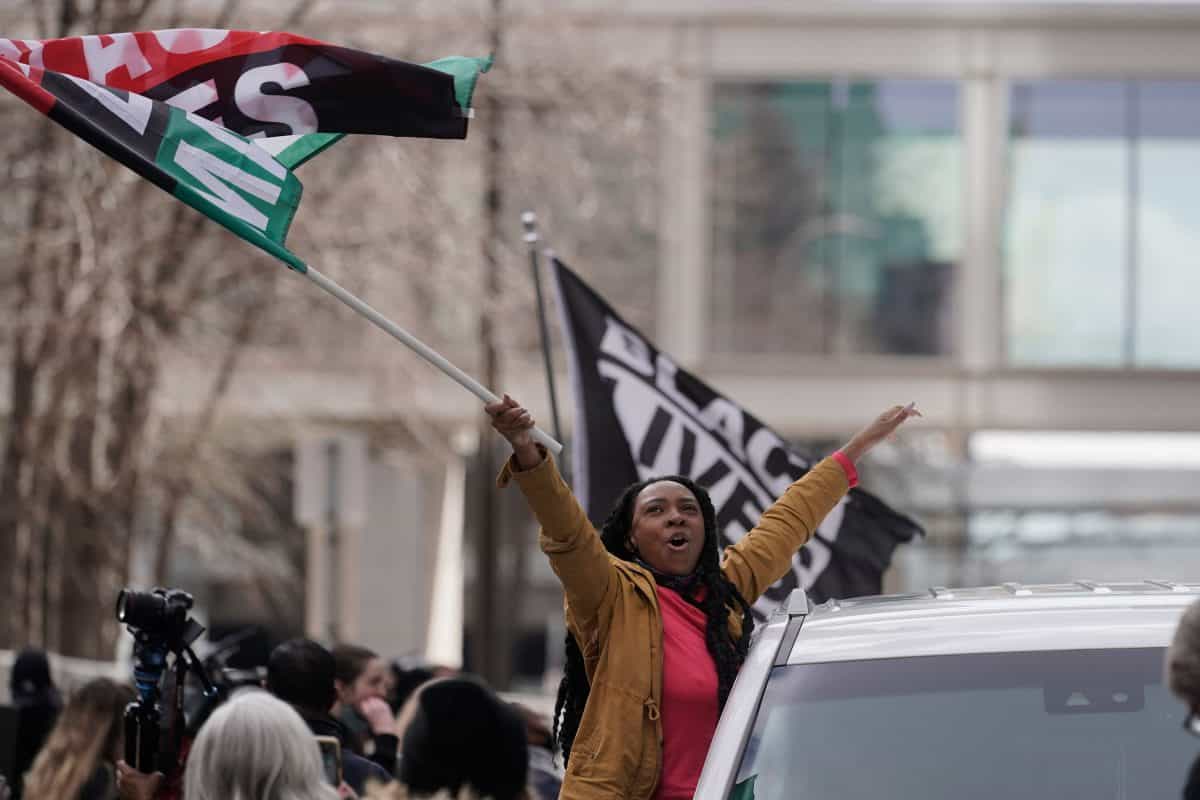 Black Americans from Missouri to Florida to Minnesota cheered, marched, hugged, waved signs and sang jubilantly in the streets after former police officer Derek Chauvin was found guilty over the death of George Floyd.

But they also tempered those celebrations with the knowledge Chauvin’s conviction was just a first, tiny step on the long road to address centuries of racist policing in a nation founded on slavery.

Many said they had prepared for a different result after watching countless deaths of people of colour at the hands of police go unpunished.

The shooting death of another Black man, Daunte Wright, by officers in suburban Minneapolis during the trial and of 13-year-old Adam Toledo in Chicago last month heightened tensions and muted the court victory for many.

“We are relieved but not celebrating because the killing continues,” the Reverend Jesse Jackson, who travelled to Minneapolis for the verdict, said in a telephone interview. “We hope this is the breaking point to stop legal lynching.”

the reaction to the verdict at George Floyd Square ???#DerekChauvinTrial pic.twitter.com/sxZUoukpyz

In St Louis, Missouri, a police association of predominantly black officers called the verdict important but “a pebble in the ocean”.

Still, the verdict buoyed others who saw the trial as a litmus test for how sincere Americans are about racial justice and consequential police reform after Mr Floyd’s death set off global protests.

“It means so much to me,” said Venisha Johnson, a black woman who cried at a gathering in what has been dubbed George Floyd Square in Minneapolis. “I’ve been praying for George every day, every morning at 6am. I’m just so happy. The way he was murdered was terrible! But thank you, Jesus.”

Tears of celebration at George Floyd Square as the verdict on Derek Chauvin was read, guilty on all charges. #GeorgeFloyd pic.twitter.com/IDMdjfbMvD

In Houston’s Third Ward, the historically black neighbourhood where Mr Floyd grew up, a small crowd gathered under a tent near a mural of Mr Floyd to listen as the verdict was read on TV. People driving by honked their car horns and yelled, “Justice!”

“We feeling good. We thank everybody that stood with us. It’s a blessed moment,” said Jacob David, 39, who knew Mr Floyd and wiped away tears.

“We’ve just become so accustomed to not receiving justice. I’m just so very, very overwhelmed right now,” said Tesia Lisbon, a community activist in Florida’s capital of Tallahassee, who was one of 19 people arrested by police last September during a Black Lives Matter march.

“We just got so used to not hearing good news, to not having the justice system on your side for so long.”

George Floyd’s family reacts to the verdict in the Derek Chauvin trial ?? We pray for their healing and peace ❤️ #JusticeForGeorgeFloyd pic.twitter.com/DbDDxHhaTl

But as people rejoiced, law enforcement from Minneapolis to Portland, Oregon, prepared for any unrest in the hours to come.

In Grand Rapids, which had some of Michigan’s worst violence after Mr Floyd’s death, authorities placed concrete barriers around the police building before the verdict was announced. Officials said they would protect the right to peacefully assemble but also wanted to be on guard for “chaos and destruction”.

And in Portland, which has seen repeated protests and vandalism since Mr Floyd’s death, the mayor declared a state of emergency and put state police and the National Guard on stand-by to help local authorities with any unrest.