Brexiteer Sir James, whose firm is now based in Singapore, sent the PM a series of text messages asking for assurance. 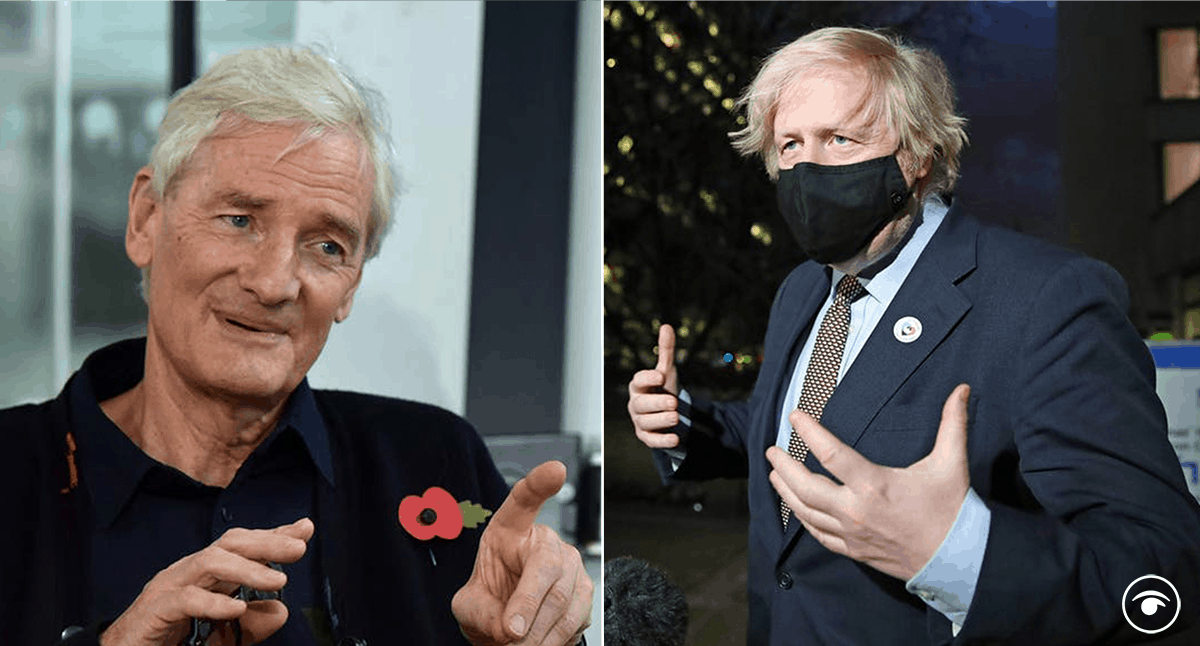 Boris Johnson personally promised Sir James Dyson he would “fix” an issue over the tax status of his employees after he was directly lobbied by the entrepreneur, it has been reported.

The BBC said it has seen a series of text messages between the two men after Sir James was unable to get the assurances he was seeking from the Treasury.

The exchanges took place in March last year at the start of the pandemic when the Government was appealing to firms to supply ventilators amid fears the NHS could run out.

The Government said it was right to secure equipment for the NHS in “extraordinary times” while Sir James said it was “absurd to suggest that his firm was doing anything other than seeking to comply with Treasury rules”.

Sir James, whose firm is now based in Singapore, wrote to the Treasury asking for an assurance that his staff would not have to pay additional tax if they came to the UK to work on the project.

However, when he failed to receive a reply, the BBC said he took up the matter directly with the Prime Minister.

He said in a text that the firm was ready but that “sadly” it seemed no-one wanted them to proceed.

Mr Johnson replied: “I will fix it tomo! We need you. It looks fantastic.”

“We are backing you to do what you need”

When Sir James then sought a further assurance, Mr Johnson replied: “James, I am First Lord of the Treasury and you can take it that we are backing you to do what you need.”

A Government spokesman said it was right to take action in “extraordinary times” to ensure the NHS had the equipment it needed.

“At the height of the pandemic, there were genuine fears that we would quickly run out of ventilators, leaving the NHS unable to treat patients and putting many lives at risk,” the spokesman said.

“As the public would expect, we did everything we could in extraordinary times to protect our citizens and get access to the right medical equipment.”

Sir James said he was “hugely proud” of his firm’s response in “the midst of a national emergency”, and that he would “do the same again if asked”.

He told the BBC: “When the Prime Minister rang me to ask Dyson to urgently build ventilators, of course I said yes.

“Our ventilator cost Dyson £20 million, freely given to the national cause, and it is absurd to suggest that the urgent correspondence was anything other than seeking compliance with rules, as 450 Dyson people – in UK and Singapore – worked around the clock, seven days a week to build potentially life-saving equipment at a time of dire need.

“Mercifully, they were not required as medical understanding of the virus evolved. Neither Weybourne (Dyson’s holding company) nor Dyson received any benefit from the project; indeed commercial projects were delayed, and Dyson voluntarily covered the £20 million of development costs.”

Sir James also said his company had not claimed “one penny” from governments in any jurisdiction in relation to Covid.

The report comes amid intensive controversy at Westminster over lobbying following the disclosures of David Cameron’s activities on behalf of the failed finance firm, Greensill Capital.

In response, Mr Johnson ordered a review by the senior lawyer Nigel Boardman.

Related: Plan for White House-style briefings scrapped despite £2.6m being spent on venue