Some 14.8 per cent of people transferred to Test and Trace in England in the week to 21 July were not reached. 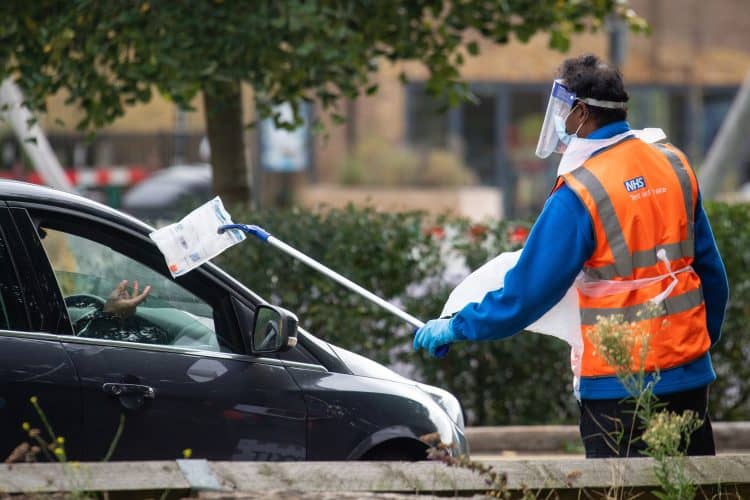 The proportion of people who test positive for Covid-19 but who are not being reached by the Test and Trace system has reached a nine-month high, new figures show.

Some 14.8 per cent of people transferred to Test and Trace in England in the week to 21 July were not reached, meaning they were not able to provide details of recent close contacts.

This is the highest proportion since the week to 14 October 2020, early in the second wave of coronavirus.

The figures, which have been published by the Department of Health and Social Care, show that 295,315 people were transferred to Test and Trace in the most recent week – the highest number since mid-January.

But while 251,190 of these people were reached and asked to provide details of close contacts, 43,778 were not reached. A further 347 people did not provide communication details.

One in 10 not reached

Anybody in England who tests positive for Covid-19, either through a rapid (LFD) test or a PCR test processed in a laboratory, is transferred to Test and Trace so their contacts can be identified and alerted.

With around one in seven people not being reached, it is likely that tens of thousands of other people are not being contacted to let them know they need to self-isolate.

More than half a million (536,338) close contacts were reached and asked to self-isolate in the week to 21 July – again, the highest number since mid-January.

Yet of all the close contacts successfully identified in the latest week, around one in 10 were still not reached.

The latest figures suggest the Test and Trace system is facing pressures similar to those seen during the second wave of the virus last winter.

Just under two-thirds (63.7 per cent) of people who were tested for Covid-19 in England in the week ending 21 July at a regional site, local site or mobile testing unit – a so-called “in-person” test – received their result within 24 hours.

This is down slightly from 64.7 per cent in the previous week, and is the third time since mid-January that the percentage has been below two thirds.

Boris Johnson had pledged that, by the end of June 2020, the results of all in-person tests would be back within 24 hours.

He told the House of Commons on 3 June 2020 he would get “all tests turned around within 24 hours by the end of June, except for difficulties with postal tests or insuperable problems like that”.

The latest Test and Trace figures also show that 307,758 people tested positive for Covid-19 in England at least once in the week to 21 July.

This is up 18 per cent week-on-week, and is the highest number since the week to 13 January.

Related: New Zealand is the best place to survive the apocalypse – but Britain isn’t far behind