The UK is a "collapse lifeboat", researchers said - and apparently that's a good thing. 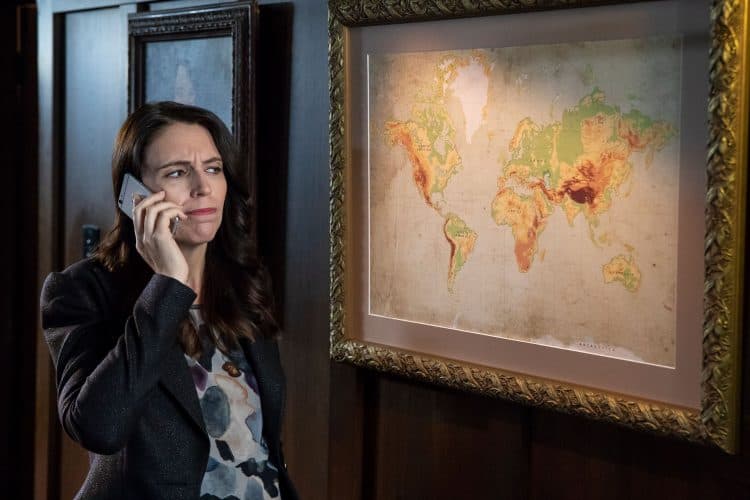 The UK is one of the best places in the world to survive a global societal collapse – but it isn’t as good as New Zealand.

A new study singled out the UK, New Zealand, Iceland, Tasmania and Ireland as the places best suited to cope with the “shocking” impact of the worldwide disintegration of society as we know it.

Researchers said human civilisation was “in a perilous state” because of the environmental damage caused our interconnected and energy-dependent society.The study concluded the human civilisation is in a “precarious and perilous position with regards to its future”.

Island nations like the UK and Ireland have been described as “collapse lifeboats” due to their ability to support “significant populations”. New Zealand is best-suited because it uses geothermal and hydroelectric energy resources on a “large scale”and has plenty of agricultural land.

Countries have been ranked based on factors such as their ability to feed their current population with nationally-grown food, energy independence, renewable energy resources and manufacturing abilities.

Billionaires have reportedly been buying land bunkers in New Zealand in preparation for the apocalypse. “We weren’t surprised New Zealand was on our list,” Professor Aled Jones of the Global Sustainability Institute at Anglia Ruskin University told the Guardian.

Jones added: “We chose that you had to be able to protect borders and places had to be temperate. So with hindsight it’s quite obvious that large islands with complex societies on them already [make up the list].

“We were quite surprised the UK came out strongly. It is densely populated, has traditionally outsourced manufacturing, hasn’t been the quickest to develop renewable technology, and only produces 50 per cent of its own food at the moment. But it has the potential to withstand shocks.”

Jones said the global food losses, financial crisis and pandemic in recent years “could have happened at the same time” and he is hopeful countries will “build back better” .

He added it’s “interesting how quickly” governments acted to tackle the Covid pandemic and “make decisions to change things”.

The study, published in scientific journal Sustainability, said: “The globe-spanning, energy-intensive industrial civilisation that characterises the modern era represents an anomalous situation when it is considered against the majority of human history.”

Meanwhile, Boris Johnson’s climate spokeswoman has said people who want to save the planet should join the Green Party. Allegra Stratton, the public face of this year’s Cop26 climate change summit in Glasgow, made the admission in a newspaper interview earlier this week.

The former Downing Street press secretary – who had initially been hired to front the government’s now-cancelled daily televised press briefings – told The Independent: “When people say to me, ‘What can they do?’, they can do many things.

Jonathan Bartley, the Green Party co-leader, welcomed Stratton’s comments. “After decades of inaction from both the Conservatives and Labour, we would absolutely agree with the government that joining the Green Party is the best thing people can do to help tackle climate change,” he said.

Earlier this month, more than 150 people lost their lives during a tragic flooding in western Europe – which hit Germany, Belgium, the Netherlands and Switzerland.

Flooding in New York City also sparked stark warnings that “climate change is here” after commuters were forced to battle deep subway floods and motorists were rescued from inundated cars.

Worrying recent research has shown that the Amazon rainforest – known as the Earth’s lungs – is now producing more carbon dioxide than it absorbs. According to a study, the forest has been emitting more than a billion tonnes of carbon dioxide annually.

This means it is now accelerating climate change, whereas before it was tackling it by absorbing emissions.