“This news is a huge blow to the thousands of men and women who have worked tirelessly over the last 10 years with reducing numbers and budgets, but particularly throughout the pandemic to keep our communities safe." 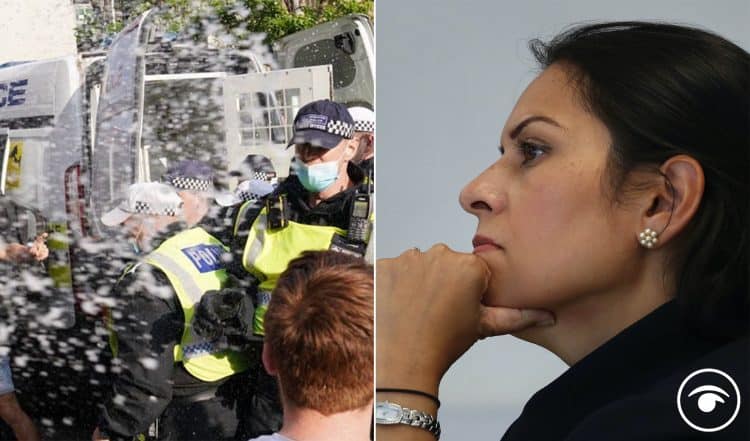 A Conservative police and crime commissioner (PCC) has called on the home secretary to reconsider the pay freeze for police officers, describing it as a “huge blow”.

It comes as Treasury officials were handed pay rises of up to 30 per cent and £15,000 in the midst of the pandemic.

Donna Jones, the PCC for Hampshire and Isle of Wight, says in her letter to Priti Patel that the decision is “deeply disappointing” in comparison to a four-year settlement that she understands has been reached for Ministry of Defence (MoD) staff.

She writes: “This news is a huge blow to the thousands of men and women who have worked tirelessly over the last 10 years with reducing numbers and budgets, but particularly throughout the pandemic to keep our communities safe.

“If there had been a pay freeze across all Government departments owing to the huge increase in national debts, whilst it would have been deeply disappointing for police officers, the fairness of the decision would have been acknowledged.

“On Tuesday of this week I was in a meeting with a senior naval officer who advised me that the Ministry Of Defence (MOD) are not only exempt from the Comprehensive Spending Review, but they have been given a four-year settlement.

“I was initially shocked, and then hopeful of what may be to come for police forces across the country.

“This has made the news about a pay freeze for police officers a deep blow coupled with the news police forces are likely to have no increase in police budgets for the next two years and then a 5% cut in year three.”

Ms Jones states the pay freeze does not recognise the efforts made by police officers during lockdowns, and adds: “The real-time pay cut for existing officers fails to acknowledge the part they played during the pandemic going into people’s homes and keeping communities safe.”

She adds: “The decision of the Government to protect MoD budgets in case there is an attack on sovereign soil or assets around the globe, seems disproportionate when we know that across Britain there are murders, rapes, shootings and stabbings happening every day.

“Crimes in this country are getting more violent and organised crime gangs operate in every city and almost all towns. With policing it isn’t ‘if’ crime is committed, it’s a case of ‘where’.”

Prime Minister Boris Johnson has backed the Home Secretary in the decision to freeze the salaries of all officers earning more than £24,000.

The Police Federation, which represents rank and file officers, has declared it has no confidence in Ms Patel over the move.

A Home Office spokeswoman said: “The Home Secretary has demonstrated her commitment time and time again to supporting the brave police officers who keep us safe, giving them the resources and powers they need to fight crime and protect the public.

“We are recruiting 20,000 extra officers, 8,771 already in place, increased taxpayer funding for policing by up to £600 million and gave forces £200 million to meet unforeseen costs of the pandemic.

“This is in addition to enhancing protection of the police, increasing sentencing for assaulting officers and investment in equipment.

“The economy has been significantly impacted by the pandemic, with pressures on public finances and we must protect jobs and ensure fairness.”