Norwich City Council said the covering of the mural was the result of a ‘terrible misunderstanding’. 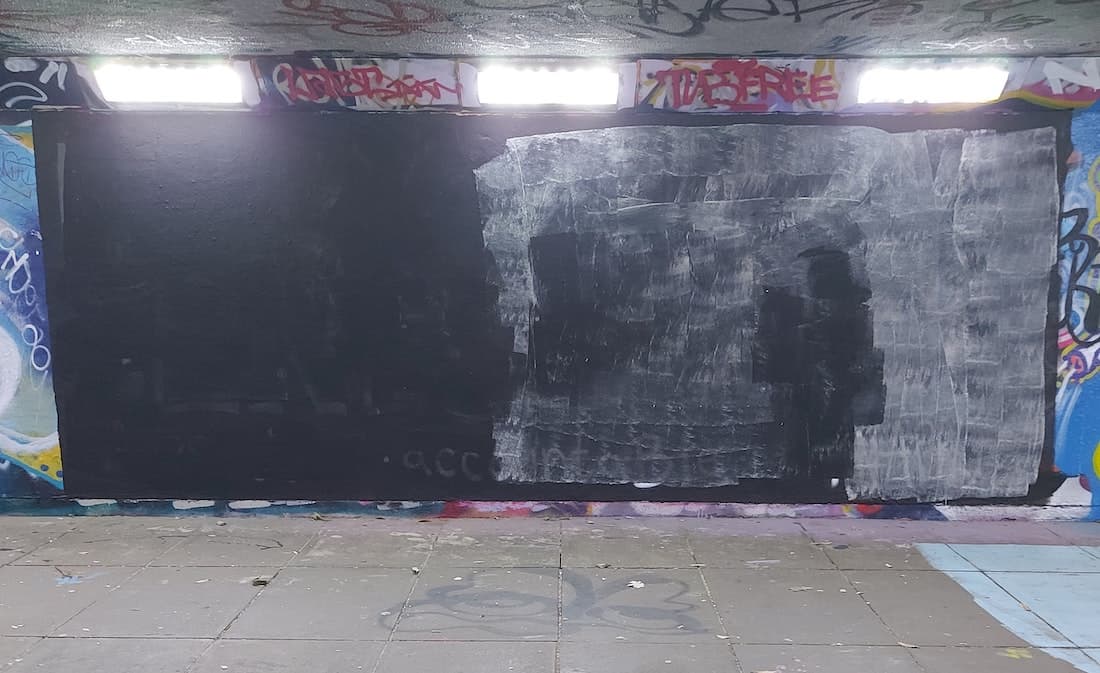 A council has apologised after a contractor painted over a Black Lives Matter (BLM) mural in Norwich following a complaint about “offensive graffiti”.

The large mural was painted in a city underpass earlier this week in support of the BLM movement following the death of George Floyd in the US.

But on Thursday, the artwork – which read “Norwich against racism. Black Lives Matter. All cops are accountable” – was covered up in black paint, the Eastern Daily Press reported.

Norwich City Council has since admitted that a “terrible misunderstanding” involving its complaint system and a contractor led to the work, located in the Pottergate area of the city, being covered up.

In a statement, a council spokesman said: “Yesterday, a complaint was made about offensive graffiti in the city.

“It was made online and went straight through an automated system to our contractor who, unfortunately, took action to paint over the mural.

“This has been a terrible misunderstanding and we will urgently work with our contractor to correct it.”

The council said it lit up its city hall in purple on Thursday to show solidarity with the Minneapolis community following Mr Floyd’s death.

The spokesman said: “We do not consider this in any way to be offensive graffiti, we consider it an important work of art.

“We denounce racism in the strongest terms and stand in solidarity with members of the BAME community in Norwich, across the country and globally.

“We would like to commission the artist to reinstate the artwork.”

The artist, who goes by the name Knapple, said she would repaint the mural on Friday.

She said: “I think it shows a lack of compassion, understanding by the contractors, they didn’t think to query it?”

Mr Floyd, 46, died after a white officer held him down by pressing a knee into his neck in Minneapolis on May 25, sparking days of protest in the US.

His death also led to large demonstrations in London and Birmingham this week.

Related – Sturgeon asked if Trump is racist: ‘Sometimes it’s hard not to conclude that’