Johnson just wants to kick back. The lockdown is virtually over. Summer beckons and the talk is of holidays and air bridges. 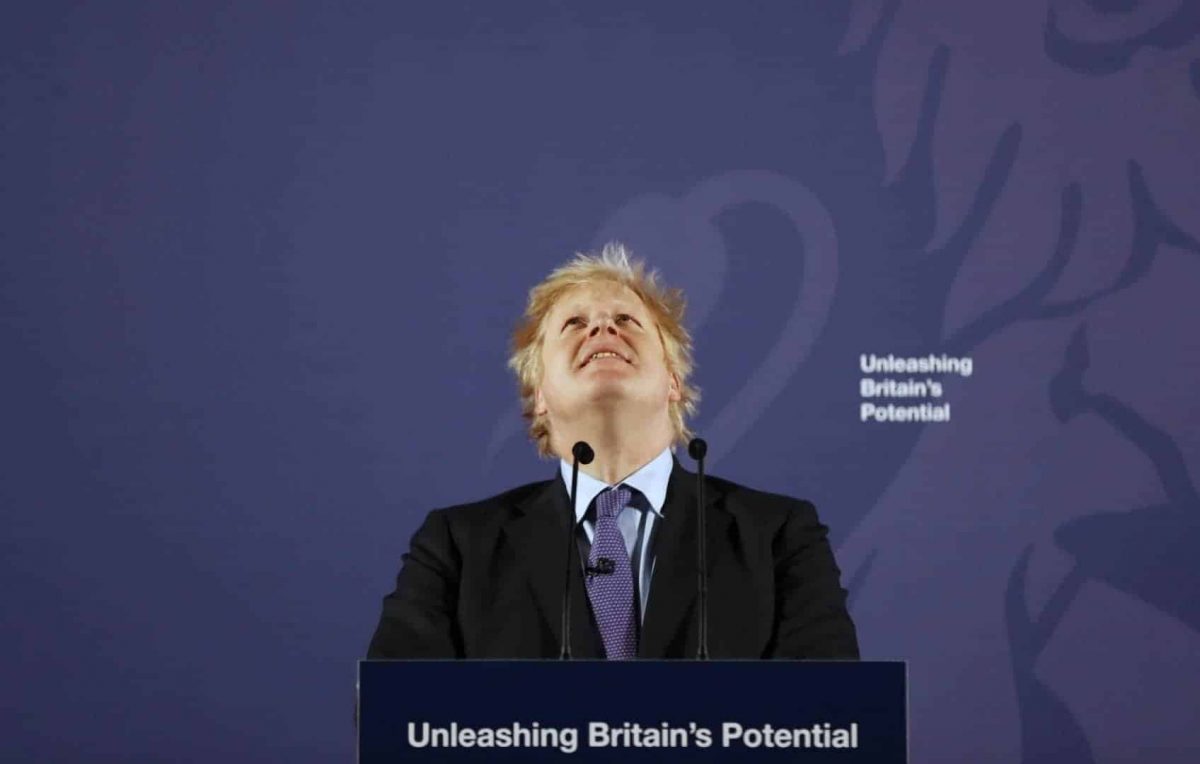 The thing about this Tory government is that they are incapable of governing and they hate it when it is pointed out. Like many of his class Johnson mistakes having studied Classics with intelligence, he did a degree in Greek and Roman myths, essentially legends and stories. I think you’ll find Classics is just Oxbridge for Dungeons and Dragons. In reality he is as thick as a brick with the mental agility of a mobility scooter.

There comes a point at every PMQ’s where Johnson realises he is out of his depth, it’s like watching a narwhal frolicking off the coast of Greenland that suddenly realises it is in fact actually a donkey. Limbs thrash, he gasps and gulps, the dispatch box is banged and the bluster begins. “I’m surprised,” he bellowed in reply to Keir Starmer’s questions, “that he takes that tone.”

Ah that word “tone” again. Matt Hancock deployed it last month to Dr Rosena Allin-Khan, when she impudently asked if the governments failures were contributing to death and suffering. Oh the cheek! The outrage!  Oh the audacity and she a mere MP and doctor volunteering in her local A&E during the pandemic! How very dare she. Hancock acknowledged her gaucherie when he replied that she should check her “tone.”

That my darlings is the upper class for you, or as we like to call them the “non working class.” They are brought up to believe they were born to rule. That is the natural order of things, “it’s all in the genes,” as Mr Cummings and his right arm waving science might say. Unfortunately this notion of natural rulers does not require an ability to do the job, in fact an inability to do it often proves more helpful. So the Opposition challenging them with facts, holding them to account is just not the done thing. This is more than a mere faux pas it is bad manners akin to going for a crap between mains and dessert.

So to spare the PM’s blushes, on the off chance he might be capable of feeling shame or embarrassment, Jacob Rees-Mogg demanded the full return to Parliament. What was clearly needed in the middle of the pandemic was thousands of MP’s, aides, caterers and security stuffed into a gothic mouse maze. Off they dutifully queued to vote, lining along the corridors, down the stairs, around the green, over the road and around the block. If the PM was going to look undignified then so was everyone else.

Some quipped that queueing is a uniquely British attribute. It is not, if we have a unique attribute it is judging others harshly for minor infractions, like jumping a queue or having drugs and not being Michael Gove. So they slowly shuffled forward trying not to look like a Monty Python sketch. I kept imagining them suddenly shouting in falsetto voices, “We are the MP’s who like to say QUEUE!”

Or you might try summoning the voice of John Cleese in full revolutionary fervour proclaiming, “We are enduring the indignity of queueing so we can vote to not abolish not queueing to vote.”

Johnson just wants to kick back. The lockdown is virtually over. Summer beckons and the talk is of holidays and air bridges. Oh the Johnson love affair with mythical bridges continues. If you want to see an air bridge in action go to Southbank by the Oxo Tower and look across the Thames, that I think you will find is literally an air bridge. A bridge of nothing. Fuck all. And it cost us £49 million. But only an unpatriotic oik riven with contempt for our wonderful nation could utter such a contemptuous remark.

Later in the socially distanced, world beating Parliament Alok Sharma got sick. It took nearly 24 hours to announce his test for Covid 19 was negative. We merely thought he was en route to a second home in Durham. Or he had undertaken a Cummings based assessment of his health by parkouring on the roof of Parliament or crowd surfing in the BLM demonstration. Why did it take 24 hours to find out? Well he could have been one of those tests that was counted as a test but was actually still in the post. Or maybe it was one of the tests that had to be redone after coming back from America wrong or maybe someone from Serco dropped his swab in the trough in the gents. Given that the test and trace system is not going to be functioning until September or October, he should be bloody lucky it came back as negative in 24 hours… though as the test is only 70 per cent accurate he might not be.

But who are you to question this? Know your place, watch your tone and pray the virus has agreed a ceasefire!