“Their goal is not to promote democracy or encourage rational conversation, these are advertising agencies.” 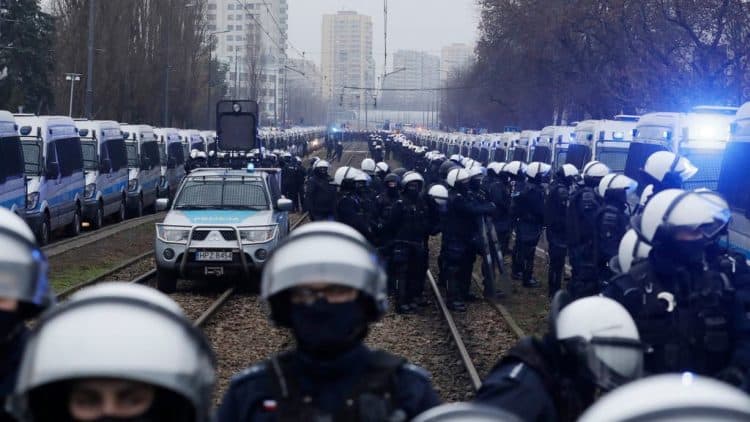 Social media disinformation could be contributing to the erosion of democracies across the world, the Infotagion podcast has warned.

The dawn of companies such as Facebook, YouTube and Twitter has let ‘Frankenstein’s monster’ loose, with algorithms that favour engagement over rational conversation creating a Wild West for authoritative regimes to capitalise on.

Calling for a fundamental shift in how content is ranked and promoted, Anne Applebaum, author of The Twilight of Democracy, said whole business models are being based on encouraging “anger, division and emotion – because that is what keeps people on the platforms.”

“Their goal is not to promote democracy or encourage rational conversation, these are advertising agencies. Their business model is designed to undermine rational debate.”

Applebaum cautioned that we have become complacent about liberal democracy in recent years, with the backlash against the electoral system in the US and political upheavals in Poland, Venezuela, Turkey and Hungary reminders that it shouldn’t be considered a given.

“Over history most democracies have failed,” she said. “It is circular.

“And the idea that we have somehow achieved something that is permanent has turned out to be wrong.”

The role of Russia in spreading disinformation has become a focal topic of discussion, particularly close to home after evidence emerged of meddling in the Brexit vote.

He said: “I’m not saying there’s an ambilocal link between them, but the fact that the Brexit campaign were arguing that if we stayed in the EU we’d have up to 80 million Turks coming to Britain and the Russians were putting out memes along similar lines on social media at the time just shows you that they have managed to ride waves that are already there to magnify problems and divisions.”

Their reason for getting involved in such debates, says Applebaum, is two-fold.

“One is the break-up of the European Union, the other is to get the Americans to leave Europe and effectively end NATO.”

Putin, as such, has been willing to support anybody who is anti-European, anti-American, Catalan separatism, Scottish separatism, and anything that could undermine the current system

One such election is the national vote taking place in Germany this month.

Interestingly, Russian interference has focussed on Green Party leader Annalena Baerbock who (not surprisingly) is against Russian gas exports and Nord Stream 2.

“She poses a threat to the Russian regime’s economic wellbeing”, Steele says, and has therefore become the subject of misinformation campaigns.

Only time will tell how successful they will be, but regardless of the outcome, social media will have had a hand to play.

Listen to the Infotagion podcast here