The 10 patients who have died were in the at risk groups. 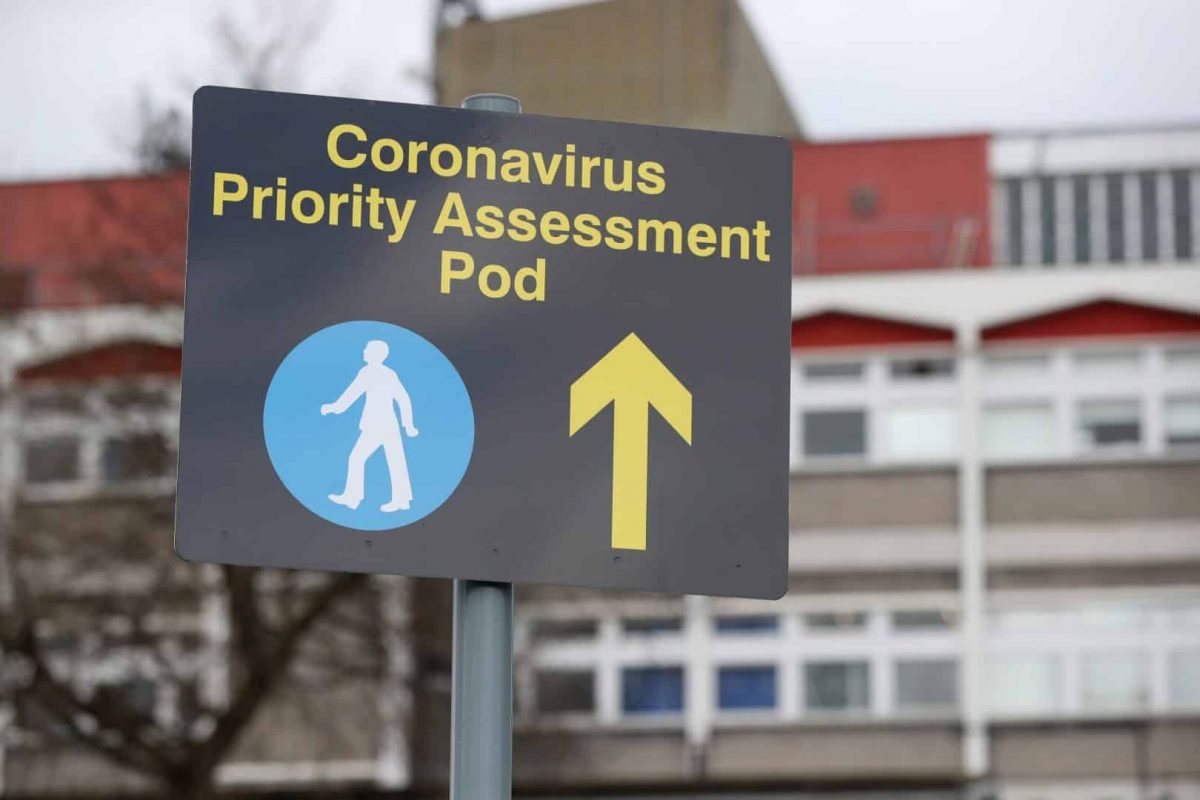 Ten more patients have died in England after testing positive for Covid-19, while the US government imposed a travel ban on the UK and Ireland amid the coronavirus pandemic.

The 10 patients who died since Friday were being cared for in Buckinghamshire, Sandwell & West Birmingham, Wolverhampton, Leicester, Barts, London, north Middlesex and Chester, NHS England said.

A number of the patients, who were over 60, had underlying health conditions.

There have been 1,140 positive tests for coronavirus in the UK as of 9am on Saturday, up from 798 at the same time on Friday, the Department of Health and Social Care said.

The UK death toll now stands at 21, with 20 deaths confirmed in England and one in Scotland.

Travel ban to UK and Ireland

At a press conference on Saturday President Donald Trump was asked about reports that the US travel ban from Europe would be extended to the UK and Ireland on Monday.

Mr Trump, who confirmed that he had been tested for coronavirus, said: “We’re looking at it very seriously, yes, because they’ve had a little bit of activity unfortunately, so we’re going to be looking at that.

“We actually already have looked at it and that is going to be announced.”

Shortly after, US vice president Mike Pence confirmed the ban, saying: “In our taskforce meeting today the president has made a decision to suspend all travel to the UK and Ireland, effective midnight Monday night, eastern standard time.”

Mr Pence said there had been a “unanimous recommendation” from health experts to extend the travel ban.

“Americans in the UK or Ireland can come home, legal residents can come home … they will be funnelled through specific airports and processed.”

Professor Chris Whitty, chief medical officer for England, said earlier on Saturday: “I am sorry to confirm 10 further patients who have tested positive for Covid-19 in England have died.

“All 10 individuals were in the at risk groups. I understand this increase in the number of deaths linked to Covid-19 will be a cause for concern for many.

“The public should know every measure we are taking is seeking to save lives and protect the most vulnerable.

“Every single one of us has a role to play in achieving this. If you have a new continuous cough or high temperature, please stay at home for seven days.

“I also encourage everyone to be washing their hands for 20 seconds regularly.

“I offer my sincere condolences to the families and friends who have received this difficult news. I ask that their privacy is respected at this time.”

On Saturday evening, The Scientific Advisory Group for Emergencies (Sage) indicated that further measures to stop the spread of Covid-19 will be needed soon.

The expert panel has also agreed to publish the modelling and data considered by Sage in future.

After reviewing the latest data at a meeting on Friday, Sage has advised that the next interventions – shielding the vulnerable and household isolation – “will need to be instituted soon”, officials said.

Health bosses set out who will get priority for testing as the country moves from “contain” into the “delay” phase of the outbreak.

Public Health England, NHS England the Department of Health and Social Care have agreed “to prioritise testing for those most at risk of severe illness from the virus”, adding: “Our aim is to save lives, protect the most vulnerable, and relieve pressure on our NHS.”

They say: “Those in hospital care for pneumonia or acute respiratory illness will be priority. This will mean those most at risk will be identified as early as possible, speeding up access to the right care and treatment.

“People who are in the community with a fever or cough do not usually need testing.”

The first person in the UK to die after being diagnosed with coronavirus was announced on March 5, and Saturday’s announcement of 10 deaths is by far the largest number of deaths announced on a single day in the UK since the outbreak took hold.

It comes as plans get under way to ban mass gatherings from next week as the Government looks to implement more extreme measures in the fight against Covid-19.

Boris Johnson had faced criticism for not taking such actions, despite similar steps being taken by other European countries as the pandemic worsens.

Emergency legislation bringing in beefed-up powers will be published next week and there could also be a move towards more people working from home, a Whitehall source said.

Meanwhile, a newborn baby in England who has tested positive for coronavirus is likely to be one of the world’s youngest patients with the disease.

The infant and its mother both tested positive at a north London hospital and staff who had contact with the pair have been advised to self-isolate.

The mother was rushed to hospital days earlier with suspected pneumonia and she and her child are being treated at separate hospitals, The Sun reported.

The newspaper said the woman was tested at North Middlesex Hospital but the result was not known until after the birth.

“One has been transferred to a specialist centre and one is being treated in an isolation room.”

Care minister Helen Whately said the evidence was that children were less at risk compared to older people or those with underlying health conditions.

“But my thoughts are completely with the family of the baby because it must be truly really worrying when you have a newborn baby that’s ill,” she told ITV News.

Other developments in the spread of Covid-19 include:

– A second death has been confirmed in the Republic of Ireland, as well as 39 more cases, bringing the total of confirmed cases of Covid-19 to 129

– WHO said Europe has become the epicentre of the pandemic

– The number of confirmed coronavirus cases in Wales rose by 22, bringing the total to 60

– Five new positive cases of Covid-19 were confirmed in Northern Ireland, bringing the total number of cases to 34

– Apple said it was closing all its stores outside China

Meanwhile, the UK’s approach to developing “herd immunity” against Covid-19 has been called into question by the World Health Organisation (WHO).

Spokeswoman Margaret Harris said not enough is known about the science of the coronavirus, and that while “theories” can be talked about, the current situation requires “action”.

On Friday, the UK’s chief scientific adviser Sir Patrick Vallance said it is hoped the Government’s approach to tackling coronavirus will create a “herd immunity” to the disease.