Labour has warned that allowing US medical companies to supply drugs to the NHS would push up the price of medicines. 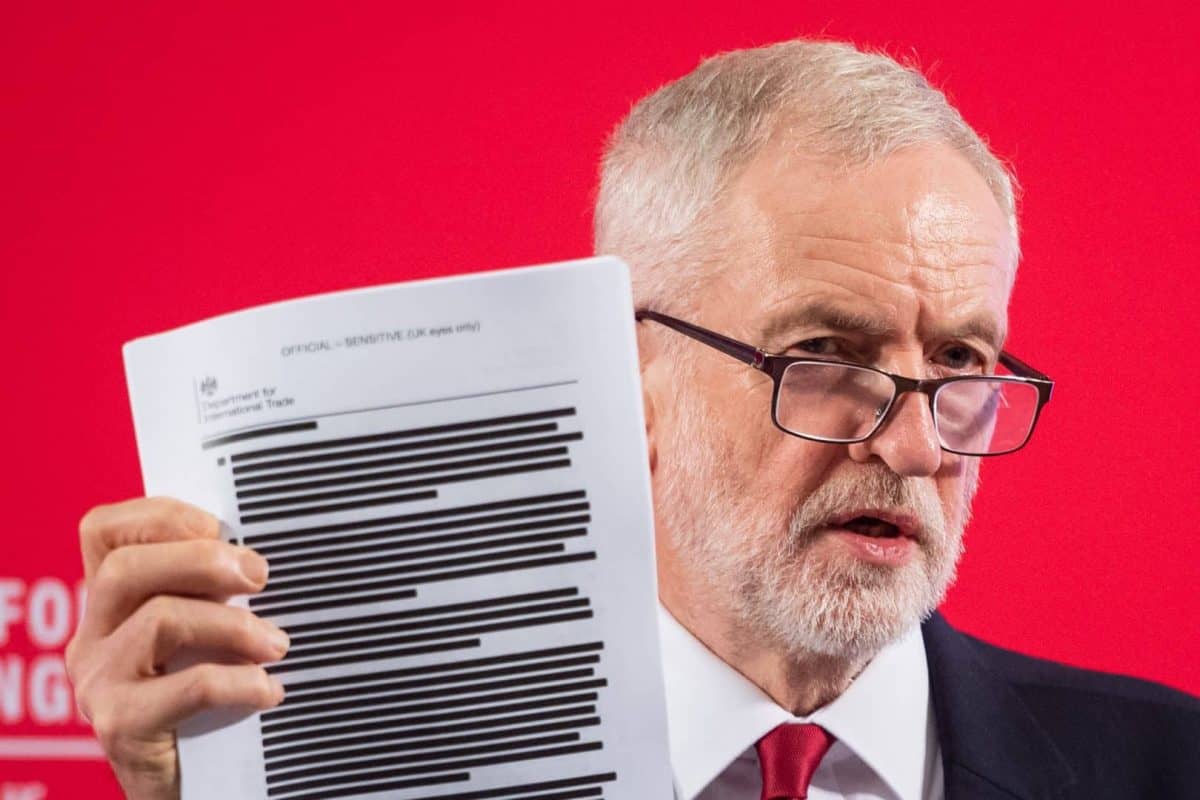 Jeremy Corbyn has welcomed US President Donald Trump to Britain with a letter asking for guarantees that he will not try to push medicine prices up through a post-Brexit trade deal.

Last week, the Labour Party leader revealed an unredacted report that gave details of meetings between US and UK officials, where they discussed the stipulations of a free trade deal between the two nations after Britain leaves the European Union.

It also calls for “full market access for US products” for medical equipment and medicines.

As Donald Trump arrives in London for the start of the Nato summit, Jeremy Corbyn has written to him asking for reassurances that his administration will not try to include selling higher-priced US drugs to the NHS on its trade wish list.

In his letter, Jeremy Corbyn told the president he wanted “assurances” over the “prices paid to US drugs companies as a consequence of any such UK trade deal with the US”.

Labour has warned throughout the election campaign that allowing US medical companies to supply drugs to the NHS would push up the price of medicines.

The Labour party leader told journalists at a rally in Hastings that a Labour administration would walk away from talks if the US insisted on elements of the NHS being up for grabs.

“We cannot allow our National Health Service to be put up for sale to American pharmaceutical companies,” he said.

Writing to Donald Trump, he stated: “As you will know, the potential impact of any future UK-US trade agreement on our National Health Service and other vital public services is of profound concern to the British public.

“A critical issue in this context is the cost of drugs to our NHS.

“Any increase in the NHS drugs bill would be an unacceptable outcome of US-UK trade negotiations.

“Yet you have given a number of clear and worrying indications that this is exactly what you hope to achieve.”

He told Trump it would “go a long way to reassuring the British public” if he rowed back from the NHS-related negotiation aims seen in the leaked civil service paper on the UK-US talks.

Corbyn wrote: “A revision of the US negotiating objectives along these lines would go a long way to reassuring the British public that the US government will not be seeking total market access to the UK public services – that the NHS will not be on the table in US-UK trade negotiations, that a US-UK trade deal will not open up NHS services to irreversible privatisation, and that the US government accepts that our NHS is not for sale in any form.”

Corbyn also sent a letter with similar demands to the Boris Johnson on Monday, the eve of the Nato summit. He asked the Prime Minister to halt trade talks with the US until the NHS is off the table.

Air Force One landed in the UK on Monday evening as Trump prepares for a showdown with allies over the funding of Nato. At past meetings, Mr Trump has berated European leaders for failing to contribute more to the costs of collective defence.

He has previously said it would be “so bad” for Britain if Corbyn was to become prime minister.

President Trump told Nigel Farage’s LBC radio programme in October: “Corbyn would be so bad for your country, he’d be so bad, he’d take you on such a bad way. He’d take you into such bad places.”

The US President, facing the start of the public phase of his impeachment, told Farage, that working with Johnson, they would be ‘unstoppable.’