It comes after a number of high-profile attendees fell ill following the jump racing event. 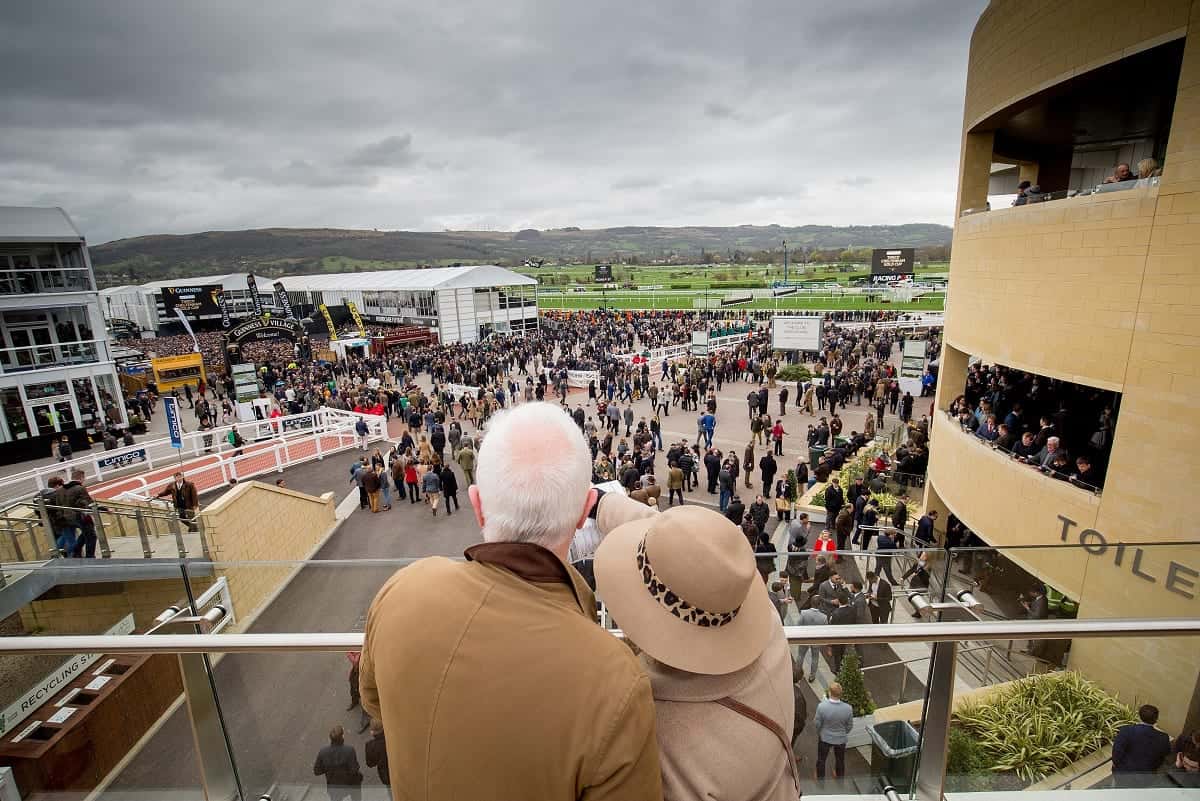 Concerns have been raised that the Cheltenham Festival could have helped spread coronavirus across the country as increasing numbers of attendees are revealed to have tested positive for the disease.

Andrew Parker Bowles, the former husband of the Duchess of Cornwall, became the latest high-profile attendee to report subsequent symptoms consistent with infection by Covid-19.

It comes after comedian Lee Mack caught it after spending two days at the pinnacle of the jump racing season and footballer Charlie Austin fell ill.

A number of other people also claimed they showed symptoms after the event.

“Should have erred on the side of caution”

The Festival opened on 10 March with at least 60,000 racegoers in attendance each afternoon, while 68,500 were at the track to see the Cheltenham Gold Cup on 13 March – four days before Boris Johnson announced extensive UK-wide lockdown measures.

A 65 year-old man is currently receiving treatment in intensive care following a positive test for Covid-19.

According to The Guardian he believes he was infected during a business meeting with a contact who had been to the festival and also subsequently tested positive for the virus.

“I would say that Cheltenham should have erred on the side of caution,” his relative said. “I think they should have made their own decision and not be passing the buck.

“That’s potentially going to have an effect on the number of new cases already.”

Clear and ongoing guidance from the government

The Festival’s organisers said the meeting, and several other high-profile sporting events the same week, went ahead following extensive consultation.

A spokesperson said: “The Festival concluded three weeks ago and went ahead under the clear and ongoing guidance from the government and its science experts throughout, like other popular sports events at Twickenham [and] Murrayfield, 10 Premier League matches and the Uefa Champions League [between Liverpool and Atlético Madrid] at Anfield that same week.

“We promoted the latest public health advice and introduced a range of additional hygiene measures at the event, including hundreds of hand sanitiser dispensers and extra wash basins.”

Sue Smith, the senior racecourse medical officer at Cheltenham, said on Thursday that “it’s simply not possible to know how and where someone who has tested positive for Covid-19 has contracted it”.

Smith added: “The standards of hand wash and hygiene at the Festival were of the highest level and all measures were taken in accordance with daily updates from Public Health England.”