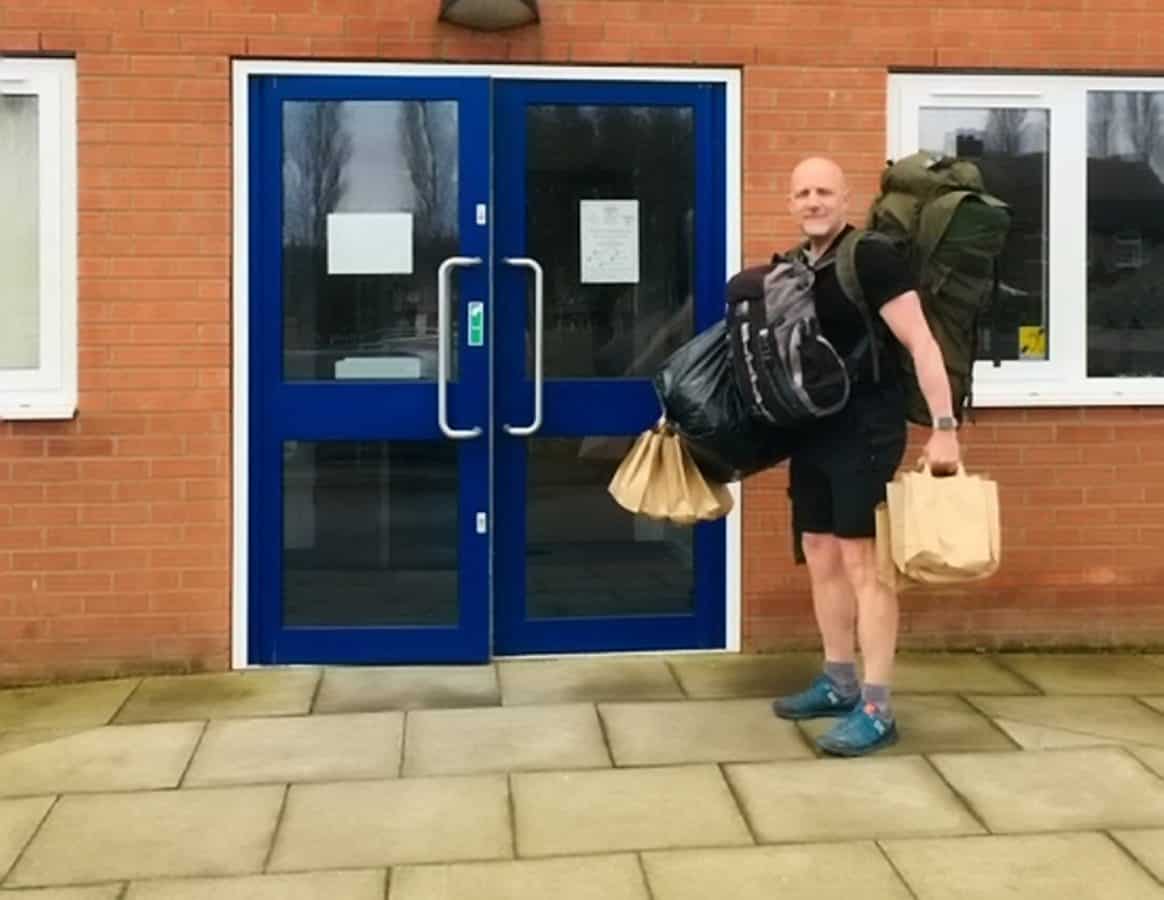 An award-winning assistant headteacher has been hailed a hero for walking over five miles a day to deliver food to kids on free school meals struggling during coronavirus.

Zane Powles has handed out 75 lunches every day since the schools closed due to the pandemic on Friday March 20.

During his daily 1 hour and 45 minute deliveries, the 47-year-old knocks on the door and leaves the parcel on the front step before waiting at a safe distance until the sandwich bag is picked up.

Zane, who works at Western primary school in Grimsby, Lincs., said: “It’s about making sure vulnerable kids get at least one decent meal.

“People are risking their lives on the front line or delivering medicines as a volunteer, and I’m doing this because it’s the right thing to do to help where I can.

“It’s important that I’m doing my bit in the national effort – as we go through this crisis as a country together.

“Hand-delivering the lunches is a better way than parents coming into the school as it’s all about reducing the risk of the virus spreading.”

Zane, who lives alone and has three sons, Jai 23, Bailey, 21 and Emil, 19, prefers to deliver them on foot rather than using his bike or car and enjoys the interaction he has with parents on his way.

He added: “It wouldn’t be worthwhile using the car or bike. And this way I meet people as I’m doing it. I can say hi to parents and kids on the way.”

The response to Zane’s selflessness has been overwhelming and people have been praising his efforts while he’s on his rounds every day.

Zane said: “When it became common knowledge a week ago people started coming out of their houses – congratulating me as I was doing my deliveries.

“I felt quite embarrassed and overwhelmed to be honest as it’s a team effort.”

He added: “Usually, the kids would have thought it’s a bit weird seeing their school teacher on their front lawn with bin bags and rucksacks full of lunches.

“But given its the new normal, everyone is doing their bit and delivering lunches to the most vulnerable is my contribution.

“Whenever they see me, parents and kids will come to the door.

“Most of them have been fantastic in following the advice to stay in doors and to stay two metres apart so they don’t spread the virus.

“I also deliver extra homework to some kids too as their parents will have requested it.

“It keeps them occupied so their parents can do what they are supposed to do – work from home.

“I’m probably not as popular when I’m delivering their homework too as opposed to their lunch.”

Executive head Kim Leach helps deliver the 25 remaining lunches along with teaching staff to kids who live further away.

Praising Zane for his efforts, Kim said: “We are very proud. He is a superstar and is a credit to the school and the local authority.”