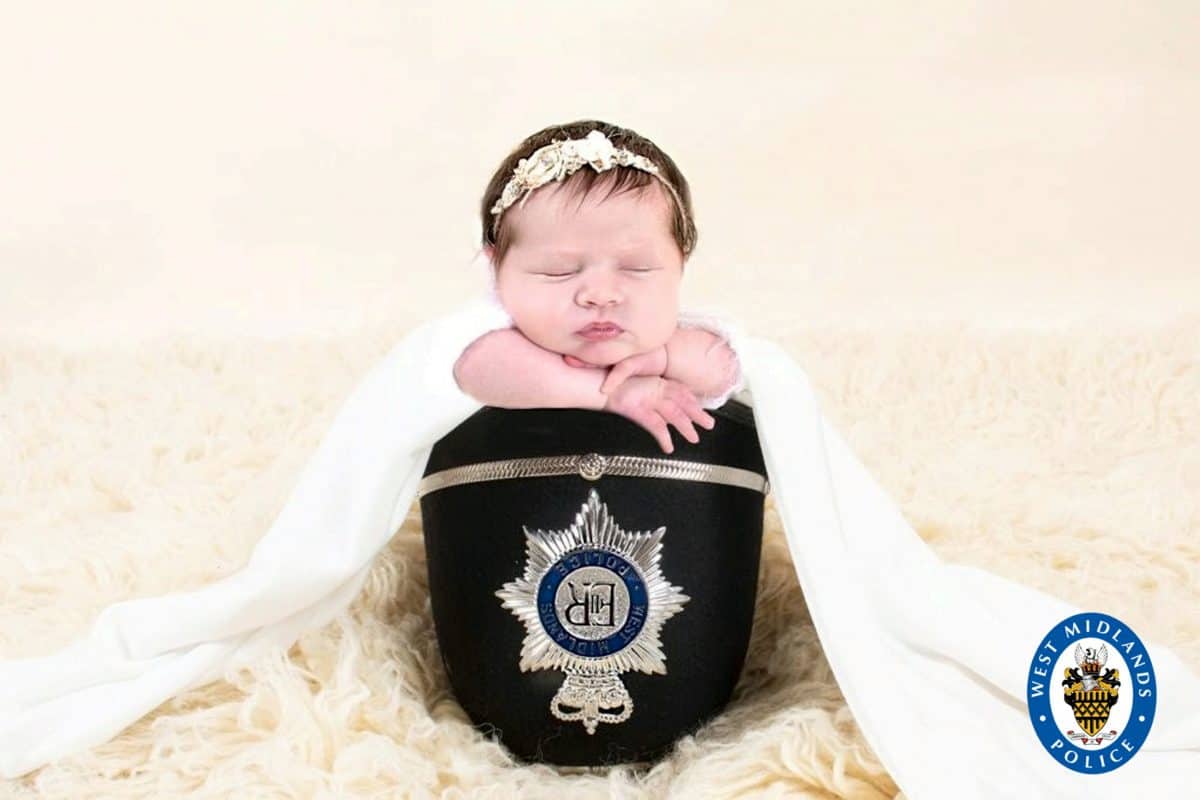 A hero cop whose newborn baby daughter was pictured asleep in his police helmet has moved out of home over fears he could infect her with coronavirus.

PC Richard Bracey, 30, was spat at while leading the fight against the disease while his partner Kelly cares for their nine-week old baby daughter Isla-Rose at home.

After her birth, the proud dad posted adorable pictures of his baby girl asleep in his police helmet.

While on the frontline against coronavirus, the response officer, who joined West Midlands Police 11 years ago, went into self-isolation.

After returning to the frontline on Thursday (2/4) a yob spat at him while he arrested him on suspicion of possessing an offensive weapon.

PC Bracey has now decided to move into his mother’s house, which is empty while she cares for her elderly parents, to protect his family.

PC Bracey, who is based in Bloxwich in Walsall, said: “It’s been a really hard decision to make, but I feel it’s the right one for my family.

“I also have three older children who I won’t see during this time.

“Isla’s health must come first, she’s so small and vulnerable, I wouldn’t want to put her at any further risk.

“I’m a frontline officer and that means I could potentially catch the virus and pass it onto her.

“Lots of people in the NHS and other emergency services are having to make similar sacrifices to carry out their work while protecting their loved ones.

“I’m amazed and inspired by all these people. It’s hard for all of us, but I know I’m making the right choice.

“It worries me that I’m missing out on vital bonding with Isla, but it won’t be forever.

“I’ve still got my job to do and I’m passionate about continuing to help and protect our communities during this pandemic.”

PC Bracey has been self-isolating for the past two weeks but continued to work throughout from home.

While at home he has been dealing with a variety of work during this time, including progressing investigations, updating victims and taking statements over the phone.

He returned to his frontline duties on Thursday (2/4) and dealt with a 35-year-old man who was arrested in Walsall town centre on suspicion of possession of an offensive weapon.

After his arrest he attempted to spit at PC Bracey and also spat in the police car.

PC Bracey now plans to keep in touch with his partner Kelly and her son, and Isa as well as his three other children using social media and Skype.