"Please could I ask you a favour? Instead of clapping for us, could you maybe just stay home for us? And next time, when you have the chance, use your vote for Government who will actually fund the NHS and take care of its staff. " 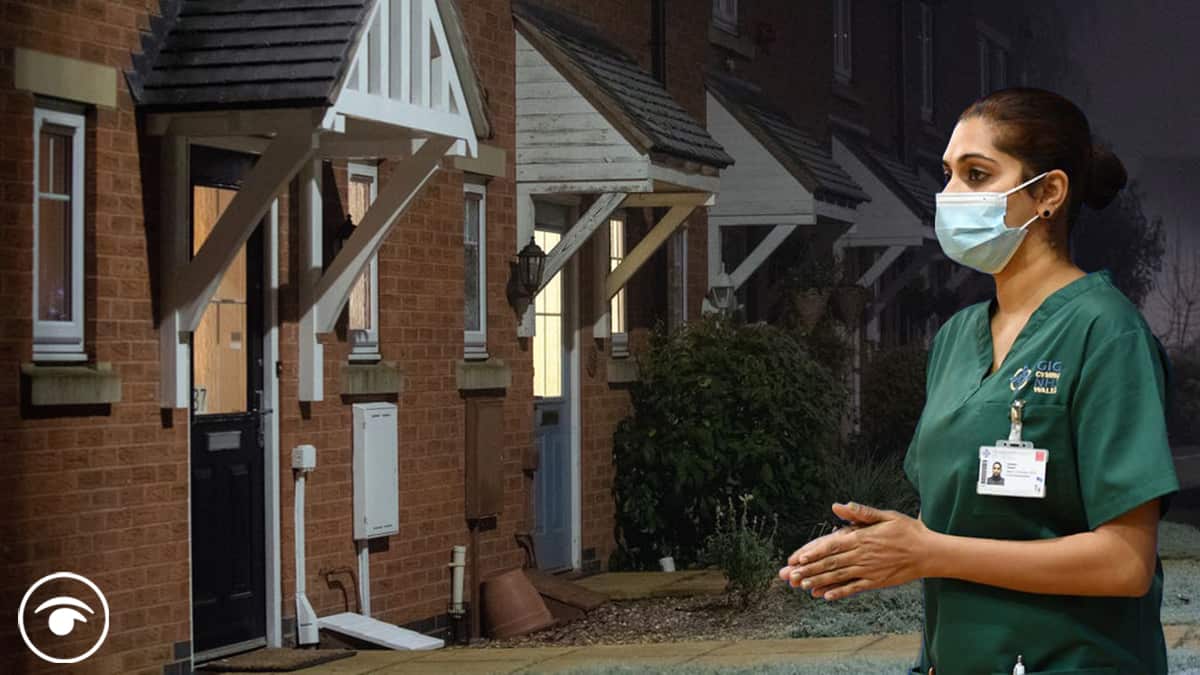 The return of weekly clapping for the “heroes” of the pandemic appeared subdued on Thursday, with the founder opting out too.

Annemarie Plas, who came up with the weekly ritual that ran for 10 weeks during the first lockdown, did not participate in the Clap for Heroes event, having distanced herself from the relaunch after being targeted on social media with “hateful” abuse.

NHS workers have also been outspoken about their demands for action rather than tokenism after a gruelling year on the front line.

Please could I ask you a favour? Instead of clapping for us, could you maybe just stay home for us? And next time, when you have the chance, use your vote for Government who will actually fund the NHS and take care of its staff.

Stay at home, wear your mask, wash your hands, and support healthcare workers by calling out misinformation, and educating others. Get the vaccine when it's time.

We can get through this next dark era, but only if we all do our utmost, together.

Social media and streets up and down the UK were noticeably less noisy, despite the efforts of some who braved the chilly evening weather to bang pots and clap their hands.

Labour leader Sir Keir Starmer did take part but his message afterwards hinted at why the clapping event may not have been as popular this time around.

“Once again we took to our doorsteps to #ClapForOurCarers,” he tweeted. “But clapping isn’t enough. They need to be paid properly and given the respect they deserve.

Once again we took to our doorsteps to #ClapForOurCarers. But clapping isn't enough. They need to be paid properly and given the respect they deserve.

The vaccine brings us hope, and we thank the NHS workers, army, volunteers and all those supporting the roll out. #ClapForHeroes

“The vaccine brings us hope, and we thank the NHS workers, army, volunteers and all those supporting the roll out.”

“They’d appreciate us staying at home! And a pay rise!”

Video footage showed that the revival was successful in some areas however. Locals clapped from flats opposite St Thomas’ Hospital in central London in a gesture of thanks to NHS staff dealing with the coronavirus pandemic.

But social media users took to Twitter to explain why they had not taken part in the Clap for Heroes event.

“I did clap for all the brilliant people in the front line the last time round, but feel this time they’d appreciate us staying at home! And a pay rise!” wrote one Twitter user.

Another posted: “I’m not clapping tonight, instead I’m going to email my MP @GarySambrook89 and let him know our #clapforheroes people need tangible support in the form of pay rises, PPE and vaccines.”

Event founder Ms Plas, a 36-year-old mother-of-one, said that she had opted to distance herself from the planned applause and “will no longer seek to raise further awareness of it”.

In a statement, released on the Clap for Heroes Twitter page, she said: “Since announcing the return of the applause yesterday, I have been targeted with personal abuse and threats against myself and my family by a hateful few on social media channels.

“Irrespective of their views and reasons for believing this is an acceptable way to behave, I did not set out to make a political statement and will not put my loved ones at risk.

“I have no political agenda, I am not employed by the Government, I do not work in PR, I am just an average mum at home trying to cope with the lockdown situation.”

Related: Travellers must test negative for Covid to enter England and Scotland