Sir Mark Sedwill has been asked to look into the ‘deeply disturbing’ events which led to a boycott of a Number 10 briefing. 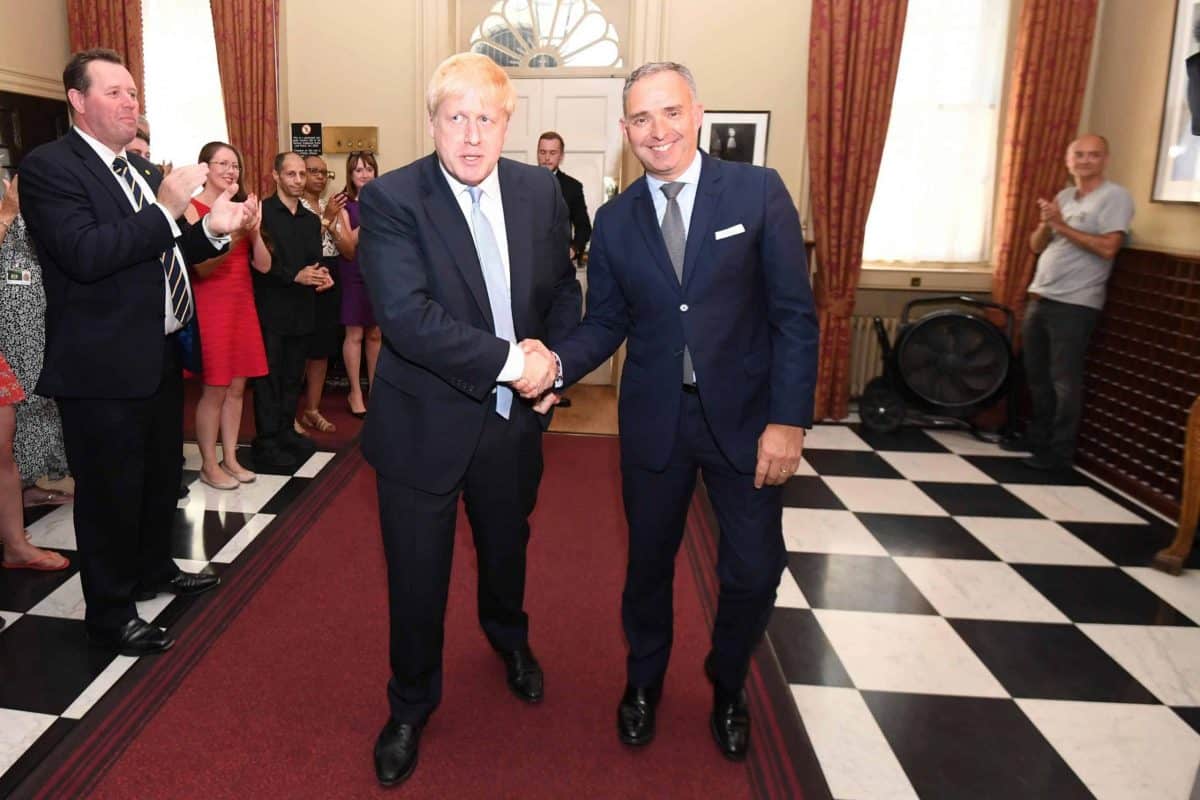 The head of the civil service has been urged to investigate the “deeply disturbing” decision to order senior journalists from some of the UK’s major news organisations to leave before a briefing on Boris Johnson’s Brexit plans.

Cabinet Secretary Sir Mark Sedwill was told the situation – which led to a boycott by journalists who had been allowed to attend the briefing – was “damaging to democracy”.

The call for him to launch an inquiry came from Labour leadership hopeful Sir Keir Starmer, who warned that the actions of Mr Johnson’s political allies in Downing Street risked undermining the integrity of the civil service.

Selected journalists were invited to Number 10 for a briefing from the Prime Minister’s chief Europe adviser David Frost on Monday, but correspondents from organisations who were not on Downing Street’s hand-picked list also tried to get in.

When political correspondents arrived inside Number 10 they were asked their names and told to stand on opposite sides of the entrance hall – either side of a rug.

Mr Johnson’s director of communications Lee Cain – a political appointee – then invited those on one side to enter and told those on the other to leave.

When his actions were questioned he told reporters: “We are welcome to brief whoever we want whenever we want.”

The journalists excluded included outlets viewed as left-wing or critical of the Government, but the briefing was due to involve senior civil servants – who are politically impartial.

In his letter to the Cabinet Secretary, Sir Keir said: “The actions of the Prime Minister’s Director of Communications, who is a political appointee, are deeply disturbing.

“I am concerned that they have undermined the civil service’s ability to comply with its core values of integrity, objectivity and impartiality.

“Equally, banning sections of the media from attending important briefings about important matters of Government is damaging to democracy.”

He said the media’s access to the Prime Minister’s chief negotiator “should not be determined by political favouritism”.

“I would ask that you investigate urgently this matter and provide assurance that such an incident will not happen again.”

A Number 10 source said: “We reserve the right to brief journalists which we choose whenever we wish to, and that is not something abnormal.”

The source said around eight or nine organisations from “across the political spectrum” were invited to the briefing, including the BBC, Sky, Guardian, ITV, The Sun, The Daily Mail and The Times.

It was “clearly nonsense” to suggest the exclusion of some publications was on political grounds, the source said.

The PA news agency, along with other news agencies, were not invited and were not present when the walkout happened.

Shadow culture secretary Tracy Brabin said: “It is concerning that Boris Johnson seems to be resorting to tactics imported from Donald Trump to hide from scrutiny.”

Cabinet minister Michael Gove, a former journalist who once stood on a picket line in solidarity with his fellow reporters, repeatedly refused to say whether he would have joined the political correspondents in refusing to attend the briefing that their colleagues were barred from.

He told BBC Radio 5 Live: “I wasn’t in the room at the time so I won’t pass judgment until, of course, I’ve heard from all the people who were.”