The Bank of England also condemned ‘inexcusable’ links that its former governors and directors had with the slave trade. 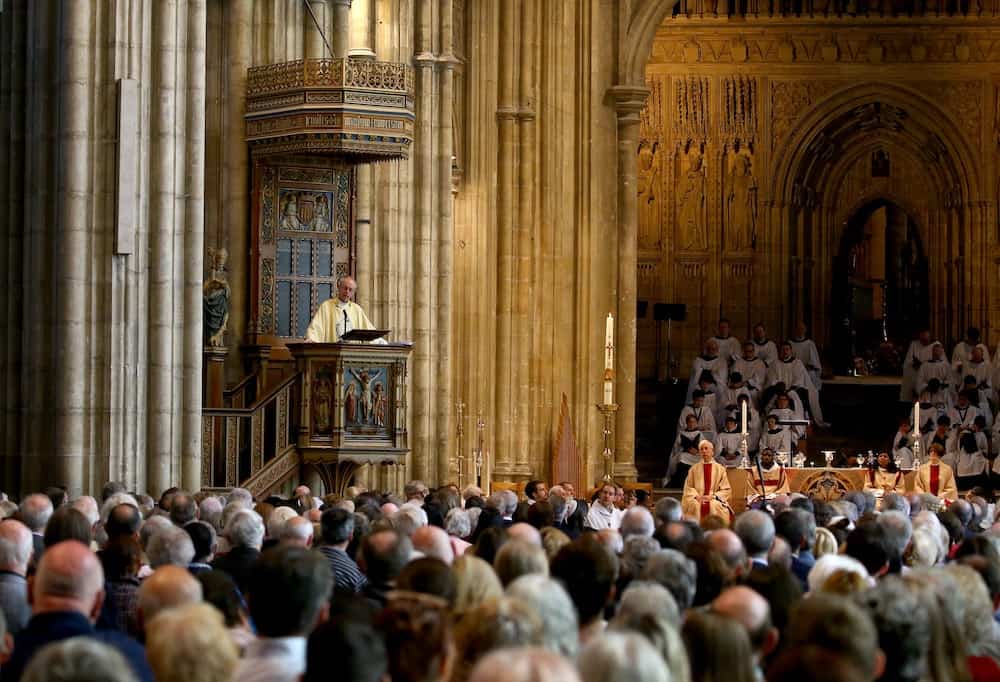 The Church of England has called historic links to slavery through clergymen a “source of shame” amid apologies from British organisations over connections to the slave trade.

The Church said an apology over historic cases had been issued in 2006, but it reiterated a commitment to tackling slavery “in all its forms today” on Thursday.

The Bank of England has also condemned and apologised for “inexcusable” links that former governors and directors had with the slave trade.

It comes after insurance giant Lloyd’s of London and pub chain Greene King said they will devote large sums to projects assisting minorities after being named in the academic database.

Research by the Telegraph found that 96 Church of England clergymen were involved in claims for compensation paid to slave owners when the trade was abolished in the British Empire in 1833.

These claims would total £46 million in today’s money, while the construction of 32 churches is linked to claimants, the newspaper reports.

“Slavery and exploitation have no place in society,” a spokeswoman for the Church of England said.

“While we recognise the leading role clergy and active members of the Church of England played in securing the abolition of slavery, it is a source of shame that others within the Church actively perpetrated slavery and profited from it.

“In 2006 the General Synod of the Church of England issued an apology, acknowledging the part the Church itself played in historic cases of slavery.

“We reiterate our commitments to support every effort by the Church and other agencies to oppose human trafficking and all other manifestations of slavery across the world.

“The Church of England is actively committed to combating slavery in all its forms today, particularly through the work of the Clewer Initiative which works with our 42 dioceses to help support victim of modern slavery and identify the signs of exploitation in their communities.”

Describing the 18th and 19th century slave trade as “an unacceptable part of English history”, the Bank of England vowed to block any images of its notorious former leaders from being displayed there.

A spokesman said: “As an institution, the Bank of England was never itself directly involved in the slave trade, but is aware of some inexcusable connections involving former governors and directors and apologises for them.

“The Bank has commenced a thorough review of its collection of images of former governors and directors, to ensure none with any such involvement in the slave trade remain on display anywhere in the Bank.

“The Bank is committed to improving diversity and is actively engaging with staff, particularly with our BAME colleagues, to help us identify and shape concrete steps that can be taken now to progress the Bank’s efforts to be as inclusive as possible.”

Greene King was founded in 1799 by Benjamin Greene, who became one of 47,000 people who benefited from compensation following abolition.

Greene surrendered rights to three plantations in the West Indies in return for what amounts to £500,000 in today’s money.

While Greene King’s past connections to slavery are not mentioned on the company’s website, chief executive Nick Mackenzie told the Telegraph the site would be updated on Thursday.

He told the newspaper: “It is inexcusable that one of our founders profited from slavery and argued against its abolition in the 1800s.

“We don’t have all the answers, so that is why we are taking time to listen and learn from all the voices, including our team members and charity partners, as we strengthen our diversity and inclusion work.”

Mr Mackenzie said Greene King would make a “substantial investment” to benefit the black, Asian and minority ethnic community and work to support its own race diversity.

With regard to Lloyd’s of London, the database shows that Simon Fraser, a founder subscriber member, was given £400,000 in today’s money to give up an estate in Dominica.

A Lloyd’s spokesman told the Telegraph: “We are sorry for the role played by the Lloyd’s market in the 18th and 19th century slave trade.

“We will provide financial support to charities and organisations promoting opportunity and inclusion for black and minority ethnic groups.”

A manager, one founder subscriber and three directors of the Colonial Bank are listed as claimants or beneficiaries by UCL. It was merged with Barclays in 1917.

A Barclays spokesman said: “The history of Barclays, like other institutions, is being examined following recent events. We can’t change what’s gone before us, only how we go forward.

“We are committed as a bank to do more to further foster our culture of inclusiveness, equality and diversity, for our colleagues and the customers and clients we serve.”

A spokesman for P&O, who were also named on the list, said: “We are committed to equal rights and respect for all people, both now and in the future.

“We believe that these records relate to a time before P&O was incorporated.

“Also, P&O ships did not trade on the Atlantic in this era and first went to the West Indies almost 100 years later, in 1932.”