"Despite a lot of big talk from successive Conservative Governments, this report clearly shows our schools have been and remain chronically underfunded." 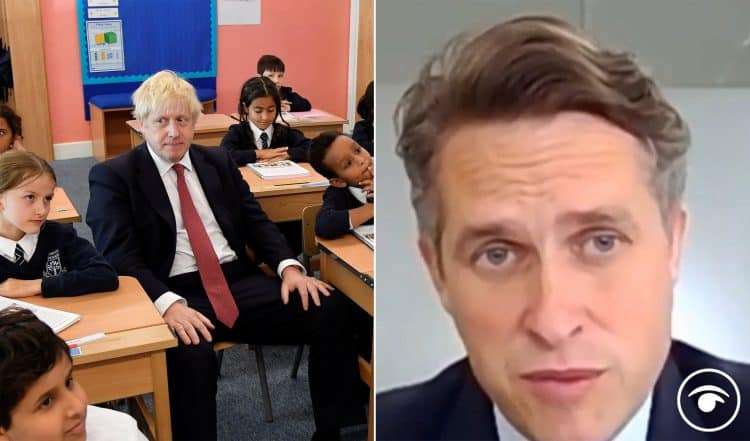 Core school spending per pupil in England will remain lower in real terms than in 2009–10 despite the Government’s funding boost, an analysis suggests.

Schools serving disadvantaged communities face the “biggest challenges” as they have seen larger cuts in per pupil spending over the past decade, Institute for Fiscal Studies (IFS) researchers have warned.

The report says it runs “counter to the Government’s objective of levelling up” poorer areas across the country and it will make it “much harder” for schools in deprived areas to catch up with lost learning after the pandemic.

The Government has allocated an extra £7.1 billion for schools in England through to 2022–23 which will increase spending per pupil by over 8%, but school spending per pupil in 2022–23 will still be around 1–2% lower in real terms than in 2009–10 despite the funding allocation, it suggests.

Avril Chambers, GMB National Officer, said:  “Despite a lot of big talk from successive Conservative Governments, this report clearly shows our schools have been and remain chronically underfunded.

“The crisis is being played out across our schools and Ministers need to get a grip of what is happening at the DfE and start fully funding our education system.

“We need to invest properly in our children’s futures and stop widespread redundancies among the experienced schools support staff who provide targeted front line pupil support.”

The research, funded by the Nuffield Foundation, examines trends in day-to-day core school spending in England and excludes extra spending during the pandemic, such as the £3 billion allocated for catch-up.

Luke Sibieta, research fellow at the IFS, said: “The 9% fall in school spending per pupil in England over the decade between 2009 and 2019 is the largest in more than 40 years, and probably a lot longer.

“The fact that it still won’t have recovered back to 2009 levels by 2022 shows just how big the squeeze has been. This will make it that much harder for schools to address the major challenge of helping pupils catch up on lost learning alongside everything else they are required to do.

“Schools serving disadvantaged communities face the biggest challenges. They faced the biggest cuts up to 2019 and are now receiving the smallest rises.

“This pattern runs counter to the Government’s aim of levelling up poorer parts of the country.”

The report suggests that the most deprived secondary schools saw a 14% real-terms fall in spending per pupil between 2009–10 and 2019–20, compared with a 9% drop for the least deprived schools.

Josh Hillman, director of education at the Nuffield Foundation, said: “This IFS research reveals that the largest reductions in per pupil spending have been experienced by schools in deprived areas.

“We also know that the most disadvantaged pupils are more likely to be behind on their learning as a result of disruptions to their education during the Covid-19 crisis.

“It is crucial that schools in deprived areas receive appropriate and well-directed funding so that they can help to close the disadvantage gap and ensure all children can reach their potential.”

Geoff Barton, general secretary of the Association of School and College Leaders (ASCL), said: “This research clearly shows that the additional £7.1 billion being put into schools by the Government isn’t enough to reverse the cuts of the preceding decade and that its approach has failed to adequately support schools in disadvantaged areas.

“This completely undermines its claims to be ‘levelling up’ when this is manifestly not the case.”

In June, the Department for Education (DfE) announced an additional £1.4 billion of funding, on top of the £1.7 billion already pledged for catch-up, to help pupils in England make up for lost learning.

Sir Kevan Collins, the former education catch-up commissioner, quit over the Government’s funding, describing it as “a bit feeble”. He had proposed a £15 billion recovery package for education.

“Children’s opportunities have been stripped away as class sizes have soared to record levels and enriching extracurricular activities have been cut back.

“This damage is compounded by the Conservatives’ failure to invest in the ambitious recovery plan needed to help children bounce back from the pandemic.”

A Department for Education spokesman said: “This government is providing the biggest uplift to school funding in a decade – £14 billion in total over the three years to 2022-23. This is a £7.1 billion increase in funding for schools, compared to 2019-20 funding levels.

“The National Funding Formula continues to distribute this fairly, based on the needs of schools and their pupil cohorts.”