Labour said the revelations "blow apart" the "myth" that UK-EU trade disruption is a temporary problem. 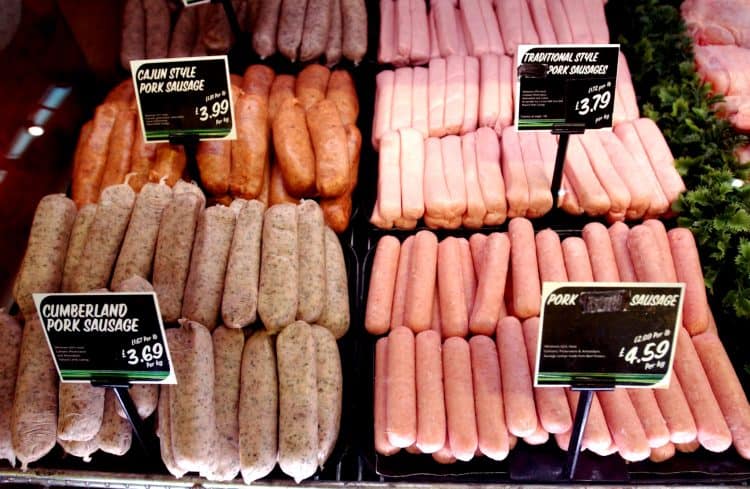 Food and drink sales to the European Union have plummeted in the first half of the year, leaving the industry £2 billion worse off since Brexit.

Analysis of trade during the first six months of 2021 by the Food & Drink Federation, obtained by PoliticsHome, showed food and drink exports to the EU were 15.9 per cent down on the same period last year – and down a quarter compared to the first half of 2019.

Labour said the shocking figures “blow apart” the government’s “myth” that trade disruption is a temporary problem as the UK and EU adjust to stringent new Brexit barriers.

The news comes after pub chain JD Wetherspoon was forced to apologise to customers after its beer supplies became the latest casualty of the UK’s supply chain crunch.

Meat and dairy products have been the worst hit by post-Brexit bureaucracy, the FDF analysis found, due to tough rules for British businesses selling goods of animal origin to European customers.

The loss in sales is hitting small businesses hardest, because they are finding it more difficult to deal with post-Brexit paperwork.

“First, they show these are not temporary teething problems; they are the direct consequence of the holes in Boris Johnson’s Brexit deal; and second, they show the growth in our food exports around the world will never come close to making up for our losses with Europe.”

‘Heads in the sand’

It came as distribution firms sought to increase wages or offer incentives to new drivers amid a significant shortage across the food and drink supply chain. Bosses at the Road Haulage Association warned last week that there is a shortfall of around 100,000 drivers.

It said this has been driven by thousands of European drivers leaving during the pandemic and not returning, and called on the government to add drivers to the Shortage Occupation List to make it easier for overseas workers to address the shortfall.

He said: “Government ministers can pretend that there aren’t real issues in our supply chain, but it won’t wash. They need a proper plan which addresses the problems, particularly in the HGV sector. Burying their heads in the sand has gone on long enough. It’s time they got a grip.

“This disruption was foreseeable, and it won’t disappear without action. Rather than blaming business, government should work with them to address the gaps sector by sector. It’s what any responsible government would do and it is essential to protect the recovery.”