‘Can we have a home for Christmas? Mam wants us to be all together. Can you give us some food and can I have just a nice doll for Christmas?’ 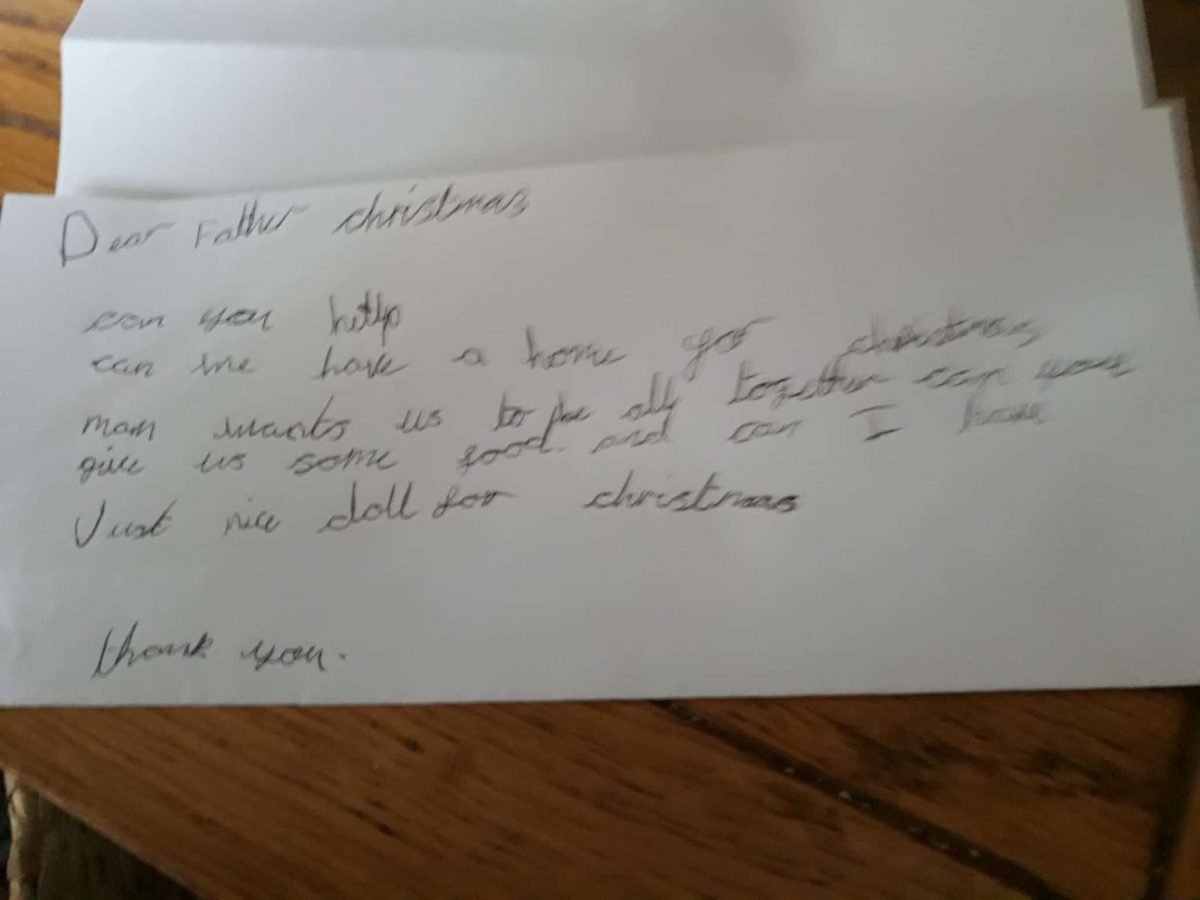 A desperate seven-year-old child has written a heartbreaking letter to Santa asking for a home and food for her family for Christmas.

The letter was left in a Christmas postbox at the L6 Community Centre in Everton.

Local Labour councillor Gerard Woodhouse posted a picture of the letter on Twitter.

In the letter, the child writes: “Dear Father Christmas. Can you help?

“Can we have a home for Christmas? Mam wants us to be all together. Can you give us some food and can I have just a nice doll for Christmas? Thank you.”

The letter appeared when the team at the community centre began decorating for Christmas.

They left the postbox in the cafe for visiting children to post their Christmas wishes.

Mr Woodhouse said: “I stopped by yesterday, and I opened the postbox and saw the letter there. It was so upsetting to read.

“I know the children, and it’s not right that a seven-year-old child is worrying about Christmas in November.

“There is no-one around to support these children.”

He said the L6 centre team is trying to help the family and may put them up in a hotel on Christmas Day.

The children currently live with a relative.

However, Mr Woodhouse said the letter did not come as a surprise to him.

“It’s only going to get worse,” he said.

“A few weeks ago we were sitting down with a few of the kids from the centre. One child said, ‘I just want to be warm this Christmas.’ These kids know their parents have not got the money this year for presents.

“We are seeing first hand how difficult it is, and it is just so upsetting.”