The Green politician said there is a “bigger problem” than the lobbying scandal involving Tory MP Owen Paterson. 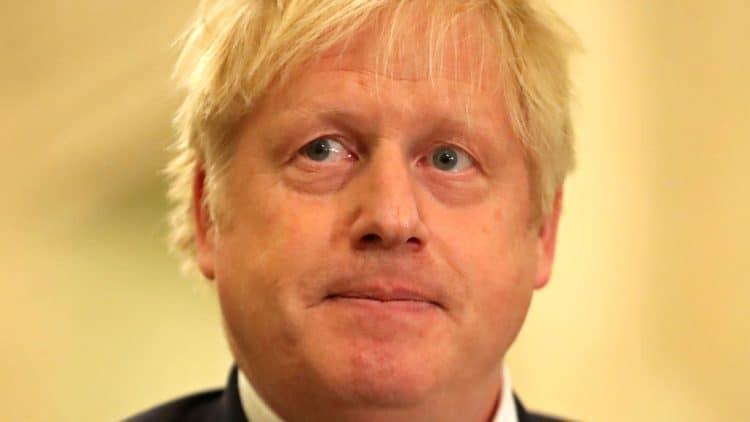 Caroline Lucas said Boris Johnson is “the biggest problem of all” citing scandals before the Owen Paterson row.

During BBC’s Question Time, the Green Party MP slammed the prime minister for caring “nothing” about Parliamentary standards, decency and the rule of law.

She said: “You can’t just go around changing the rules when you don’t like them and that’s exactly what this prime minister is doing and it goes much wider sadly than just Owen Paterson.

“We’ve seen him do something similar when he simply prorogued Parliament, when he didn’t like what Parliament was doing over Brexit, he refused to sack Priti Patel when she was accused of bullying and he himself of course, is the biggest problem of all.”

Lucas has also admitted she ran out of ideas on how Johnson can be held to account “when he lies repeatedly”.

“The trouble is that the judge, the jury, the court, is all the prime minister, there’s no other way of holding him to account,” she added.

The Green politician said there is a “bigger problem” than Tory MP Owen Paterson, who resigned following accusations of lobbying for companies he works for – which he denies.

She indicated Tory MPs were “dragooned” into supporting an amendment which would have prevented the immediate suspension of Paterson following an investigation into his conduct.

“I think it’s quite extraordinary to see how people can just be persuaded to vote for something that is so manifestly wrong,” she said.

She added: “Tory sleaze is back and it’s a very bad look.”

The debate comes amid Boris Johnson promising MPs a new vote on Paterson’s suspension “as soon as possible” in a surprising U-turn.

Labour refused to take part in a “corrupt” Tory-led committee which would have carried out the review.

Paterson was found to have repeatedly lobbied ministers and officials for two companies paying him more than £100,000 per year.

But when the plans to protect him emerged, Lord Evans, the chairman of the Committee on Standards in Public Life, said the move was “deeply at odds with the best traditions of British democracy”.

As Paterson resigned from his North Shropshire seat, Boris Johnson now faces the prospect of a by-election in the constituency.

Meanwhile, Paterson’s resignation statement mentioned he would “remain a public servant but outside the cruel world of politics”.

Comedian James Felton reacted: “If anyone has a spare £100,000, I would like to experience the cruel world of politics please”.

Related: Kwarteng says he ‘feels no shame’ over Paterson… hours before U-turn