“Costs, especially in respect of labour, food and repairs" are "substantially higher", the group said. Wonder why? 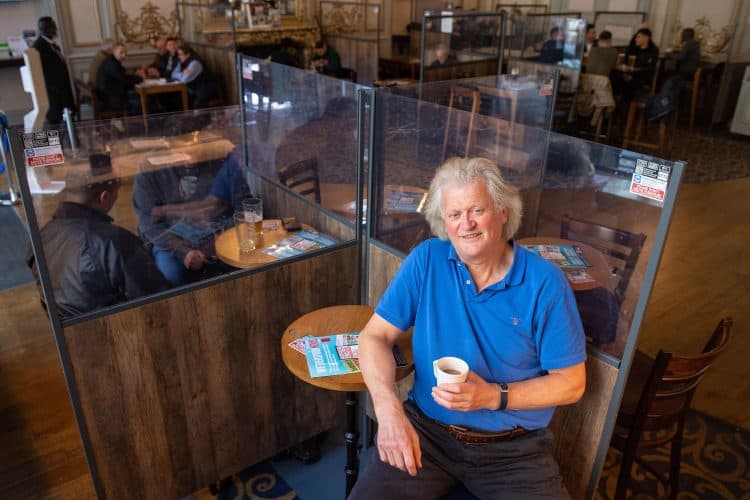 JD Wetherspoon has revealed slowing sales and said it is facing “substantially higher” costs across the group.

The pub chain saw like-for-like sales drop 1.1 per cent in the five weeks to November 6 when compared with pre-pandemic trading in 2019, having risen by 1.5 per cent in the previous nine weeks.

Compared with a year ago, sales rose 10.1 per cent in the first nine weeks of its financial year and were 8.9 per cent higher in the past five weeks.

It said trading was “broadly” in line with its expectations but that October had been a slower month.

“Costs, especially in respect of labour, food and repairs, were substantially higher” in the first quarter, the group added.

Shares in the firm fell 3 per cent in early trading on Wednesday.

He said he previously set out “various threats to the hospitality industry and these continue to apply”.

“Those caveats aside, in the absence of further lockdowns or restrictions, the company remains cautiously optimistic about future prospects,” he said.

Pubs have been knocked by a cocktail of cost increases as inflation sends prices soaring, staff demanding higher wages and waning demand among cash-strapped pub goers.

Mr Martin warned last month that the group is facing a “momentous challenge” to persuade punters back into its bars after they got used to drinking cheap supermarket beer during the pandemic.

It came as the firm said last month that sales rose from £773 million to more than £1.7 billion in the year to the end of July, but were still behind the more than £1.8 billion the company made in 2019.

Wetherspoon cut annual underlying pre-tax losses from £167 million to just £30.4 million, though it made a profit of £132 million before the pandemic struck.