Under Drahi’s financial stewardship, Sotheby’s no longer has room for missteps. 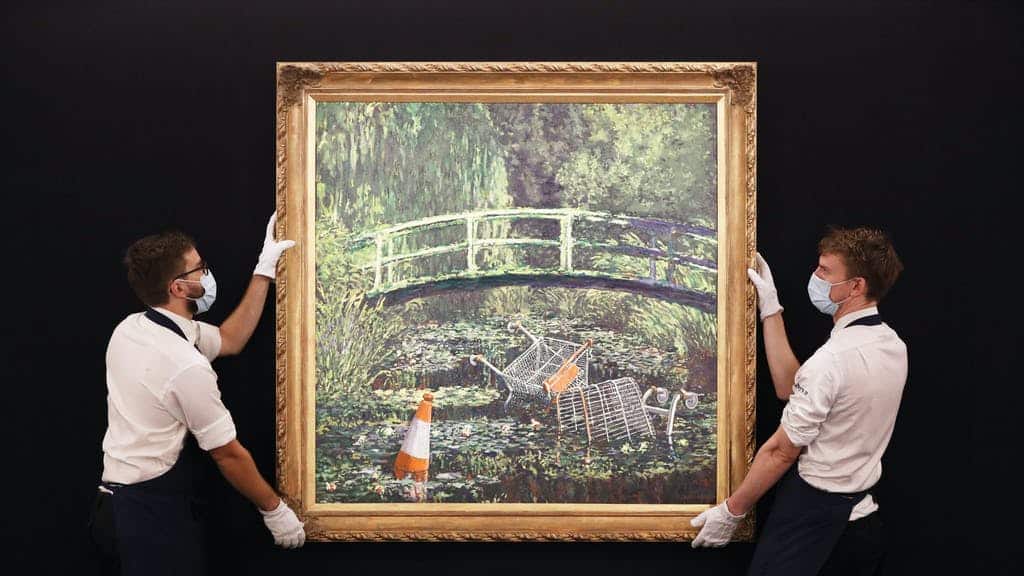 Thanks to an edge in moving sales online amidst the coronavirus pandemic, Sotheby’s has opened up its largest turnover lead since 2004 vis-à-vis principal rival Christie’s. Behind the scenes, however, there are indications that the auction house is entering one of the rougher patches of its history. In late November, the credit rating agency Moody’s changed its outlook for Sotheby’s to negative, suggesting that a ratings downgrade might be on the cards.

Of particular concern for the ratings agency were Sotheby’s plans to issue $165 million in additional debt notes. The additional notes issue is the latest example of Sotheby’s engaging in more aggressive financial strategies than anticipated; Moody’s noted that it would have expected the auction house to use any free cash flow to pay down existing debt rather than to take on more to enable a shareholder distribution.

Patrick Drahi, the French telecoms billionaire who bought Sotheby’s in June 2019, is known for his unorthodox financial management, earning the sobriquet “King of Debt” for his appetite for taking on precarious amounts of leverage. Drahi’s idiosyncratic manoeuvres, however, are riskier now than while he was building his telecoms empire, for two principal reasons: Sotheby’s faces a number of real risks which could affect its ability to service debt, particularly ongoing litigation; in addition, the auction house’s attempts to weather the current economic storm are hampered both by Drahi’s own financial constraints and Sotheby’s continued reliance on the same figures and techniques which sparked the very litigation threatening to saddle it with millions of dollars in damages.

Sotheby’s legal exposure has ticked up sharply in recent years as the auction house has become embroiled in the international feud known as “the Bouvier Affair”, a dispute centred around Russian billionaire Dmitry Rybolovlev’s accusations that his former art dealer, Yves Bouvier, defrauded him out of more than $1 billion.

In parallel to his legal pursuit of Bouvier, Rybolovlev is suing Sotheby’s, where Bouvier bought a number of the pieces of art which he then sold on to his wealthy client at a substantial markup. Rybolovlev’s lawsuit is demanding that Sotheby’s pay out some $380 million in damages incurred as a result of the auction house’s complicity in Bouvier’s alleged fraud. According to legal filings, Samuel Valette, a Sotheby’s executive, worked in tandem with Bouvier on the transactions.

Sotheby’s suffered an early setback when a Manhattan federal court declined to dismiss the suit and ordered the release of confidential correspondence between Yves Bouvier and the auction house’s representatives concerning the price of the artworks which Bouvier sold on to Rybolovlev. The auction house is denying all charges.

On top of the ongoing Bouvier Affair litigation, Sotheby’s is facing a fresh courtroom quarrel. In early November 2020, the New York State Attorney General filed suit against Sotheby’s for “[fleecing] New York taxpayers out of millions just to boost its own sales”. According to the highly-detailed complaint, the auction house actively helped an unnamed collector—believed to be Venezuelan shipping executive Isaac Sultan—pose as an art dealer so that he could illegally qualify for sales tax exemptions on $27 million worth of art.

If either lawsuit ends unfavorably for Sotheby’s, the auction house could be looking down the barrel of extensive legal costs. One way to avoid defaulting on its credit obligations in such a scenario would be for Drahi, who has characterized his purchase of Sotheby’s as a personal investment, to replenish its working capital himself. Drahi’s business empire, however, was already stretched thin—and his resources will be further constrained by his plans to spend €2.5 billion on buying all the outstanding shares in his telecom firm Altice.

Under the circumstances, Drahi is banking on two things—his reputation as a skillful cost-cutter and importing know-how from the telecoms sector to support Sotheby’s shift to online auctions—to shore up the auction house’s finances amidst what remains an extremely volatile time for the art market.

The strategy has seen some success. Drahi brought in business optimization expert Charles Stewart from Altice, and managed to claw back some cash through furloughing roughly 12 per cent of staff and cutting the remaining workforce’s salaries by as much as 20%. Sotheby’s has also managed to mitigate the losses from cancelled live auctions by attempting to recapture their magic online and leaning more on luxury items such as watches and high-end handbags. Inside reports also suggest that behind-the-scenes private sales are an increasingly important venue.

For all the optimisation and innovations—everything from augmented reality technology allowing potential customers to visualize what art would look like on their walls to “hybrid” auctions featuring live auctioneers and virtual bidding—that have allowed Sotheby’s to salvage something of its 2020 season, there are subtle indications that the auction house’s transformation may not go deep enough.

Against this backdrop, it’s no surprise there’s growing appetite among policymakers for greater transparency and regulation in the art market. The New York’s Attorney General’s recent complaint against Sotheby’s is just the latest illustration of the fact that the tide is turning against the backdoor channels and special arrangements which once dominated the art market. Under Drahi’s financial stewardship, Sotheby’s no longer has room for missteps—and will require a greater transformation than moving sales online.

Related: Watch: ‘Be careful what you wish for’ former Australian PM warns UK over no-deal Brexit