Britain’s top university came under fire today (fri) when it emerged that less than one in seven of its top paid staff are female. Just 17 out of 123 Cambridge University’s staff earning over £140,000 a year are women, according to figures released after a Freedom of Information request. The gender pay gap was branded […] 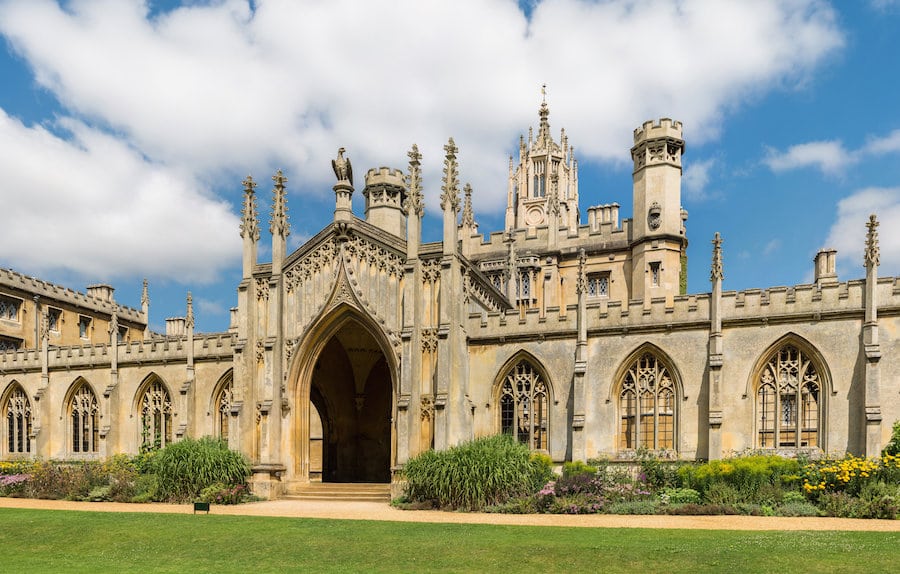 Britain’s top university came under fire today (fri) when it emerged that less than one in seven of its top paid staff are female.

Just 17 out of 123 Cambridge University’s staff earning over £140,000 a year are women, according to figures released after a Freedom of Information request.

It comes in contrast with rivals at Oxford University where a bursar has slammed the “grossly excessive” £410,000 pay packet of his own female vice-chancellor.

The university revealed less than one in seven staff on more than £140,000 were women following a Freedom of Information Request.

Only 11 of the 31 masters of Cambridge University colleges are women despite it being an equal opportunities employer.

The massive pay gap revelation comes just weeks after it was announced that women at the BBC make up only a third of its top earners.

Cambridge university was forced to reveal its pay gap after its figures stated its female employees were paid about a fifth less than their male counterparts.

Its annual Equal Pay Review, which analyses employees’ pay until July 31 2016, stated more than half its employees were female but they were paid about an average of a fifth less than their male counterparts.

It stated: “Female employees occupy 50.8% of positions, the highest proportion since Equal Pay Reviews have been conducted.

“Both have continued to reduce over time and are at their lowest levels since Equal Pay Reviews have been conducted.

“Male employees continue to occupy a higher proportion of the positions at the higher end of the pay scale compared to female employees, and vice versa (but there has been an overall improvement towards a more equal balance).”

The report raised particular concerns over a gender pay gap in the University’s highest grades of pay.

“Male employees are more likely to be appointed above the grade minimum than female employees (but there has been an overall improvement towards a more equal balance),” it stated.

Less than one in five staff on the highest pay bracket – which has an average pay £85,634 per year – were women.

The salaries of staff on the top pay grade are organised into bands by the university.

But the report revealed the worst disparity for the top earning women was those which came under an ‘unbanded’ category – they were paid an average of £80,459 as men were paid £91,630.

The city’s MP Daniel Zeichner said: “I’m not surprised but it’s still shocking. It’s important the university looks at it.

“It’s not just the university, we need transparency across the rest of the city where it’s probably much the same problem. It’s endemic.

Mr Zeichner also called for greater transparency across the private sector so that the full scale of the pay gap could be identified in Cambridge.

“I’d also like to see private institutions volunteer their figures, it would probably show the situation is worse there.”

Outspoken Professor Mary Beard, classics professor at Newnham College said: “This is something that I think all institutions are working on. About time too one might say.

“I am not particularly close to the university high command. But I know they take this seriously. And I hope that leads to progress.”

A spokeswoman for the university said the “overall gender pay gap at Cambridge continues to fall year on year”.

She said: “The University of Cambridge is committed to the principles of equal pay for work of equal value, freedom from discrimination and recognition of University staff as its greatest asset.

“As part of this commitment the University analyses equal pay data annually and publishes an Equal Pay Review biennially. The reviews have indicated that the overall gender pay gap at Cambridge continues to fall year on year.

“The University is committed to taking action to reduce this further. There are a variety of initiatives in progress to support this. Addressing the gender pay gap also forms part of the University’s Equality and Diversity Strategy.

“In addition, the University will be publishing its own gender pay reporting data in line with the Government mandatory gender pay regulations before March 2018.”