'We've had people throw things at our receptionists, use foul language, screaming and shouting, throwing furniture and damaging furniture, screaming in their face, making threats, ‘I know where you live’, that sort of thing." 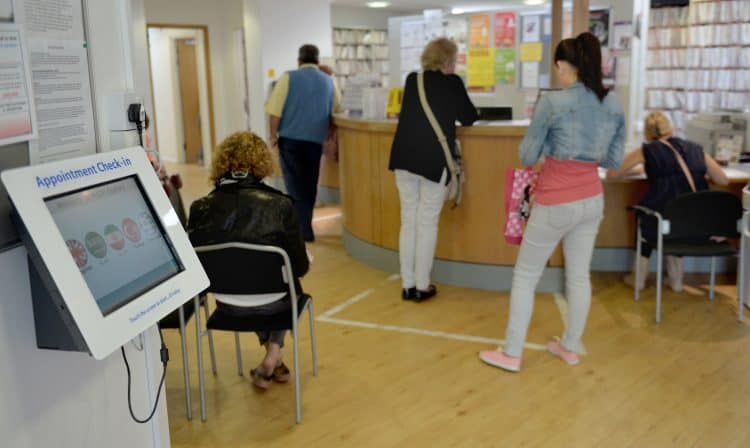 Receptionists working in GP surgeries have spoken out about the horrific abuse they have faced since the pandemic, including being called “Nazis” and having objects thrown at them by patients demanding to see a doctor.

One staff member in a practice in South Wales said some incidents had been so severe she was forced to phone the police, while other workers said threats such as “I know where you live” had made them fear for their safety.

Swansea Bay University health board said it had become so concerned about such reports it had issued a plea for people to respect its receptionists.

Clare Boland, who has worked at Fairfield Surgery in Port Talbot for 10 years, said the situation was causing extreme stress among receptionists at the practice.

She said: “I have been screamed at by a patient, who also called me a Nazi. It has definitely got worse.

“We’ve had people throw things at our receptionists, use foul language, screaming and shouting, throwing furniture and damaging furniture, screaming in their face, making threats, ‘I know where you live’, that sort of thing.

“A lot of us feel very stressed and maybe less equipped to deal with this kind of abuse.”

Ms Boland said she believed much of the problem stemmed from a lack of awareness about the role of a modern-day GP’s receptionist.

“Receptionists are the keepers of so much information. They shouldn’t really be called receptionists any more, it’s not really a suitable job description for all that they do these days,” she said.

“No one is suggesting for a minute that they are doctors. But they carry out a vital supporting role to make sure that we can get through the sheer volume of calls each day.

“They are doing a massive amount of work, and they are doing it for not much more than minimum wage, and should be shown some respect.”

Due to Covid-19 all surgeries changed the way they operated to limit footfall during the pandemic, but face-to-face contact never stopped completely.

Ms Boland said: “We haven’t been closed. We may have the shutters closed, but that doesn’t mean we haven’t still been working.

“We have been working harder than we have ever worked before. We are all putting in more hours, doing evenings and weekend work.”

Nicky Cooper, a receptionist at the same surgery for 22 years, described receiving daily threats and said she had had to phone the police several times.

Ms Cooper said: “We get sworn at. I think people think we are not doing our best to help them and (are) making the rules up rather than doing what the doctors have asked us to do. We do hear the words ‘I will be down there to sort you out!’

“It’s no way to speak to anyone. You are not going to get what you want by being aggressive and demanding. We are going to do our best for you regardless, we have to. It is difficult because we have to sit there and maintain our composure.

She added: “You do get some who will just walk in without an appointment and hurl threats and abuse in person. We have had to call the police in the past. We don’t hesitate because you just don’t know what people are capable of any more.”

People who are having problems getting an appointment are encouraged to contact their practice manager, and complaints should be submitted through the patient feedback process.

Dr Anjula Mehta, the health board’s medical director for primary care, said: “We recognise that demand for healthcare services is at an all-time high and understand it can be frustrating when people experience difficulty accessing their GP practices. But this is not a reason to become abusive to our staff.

“We have a zero tolerance of abuse towards practice staff and the health board will support practices in taking necessary action against any person who becomes verbally or physically abusive towards staff.”