'The Origin of Faeces' was one suggestion, while 'Reservoir Bogs' and 'One Poo Over the Cuckoo's Nest' were also touted. 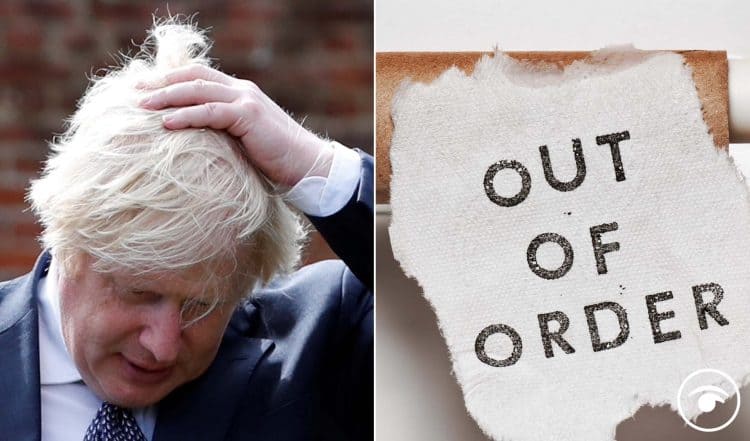 Boris Johnson became the subject of a rather unfortunate hashtag today as sewage-gate continues to escalate.

Campaigners have said they are “disappointed” that MPs failed to back a campaign to put a legal duty on water companies to stop raw sewage from being poured into waterways.

Last week, MPs voted by 268 to 204 to disagree with an amendment to the Environment Bill tabled in the Lords which sought to place a new duty on water companies to reduce raw sewage discharges into rivers and demonstrate reductions in the harm caused by the discharges.

Thames Waters’ chief executive has branded her own company’s performance as “unacceptable” while taking questions from the river water quality inquiry.

The Environmental Committee (EAC) on Wednesday quizzed bosses from five of the largest water and sewerage companies in England on the issue of river contamination.

“Thames (Water’s) performance is unacceptable, our customers find it unacceptable to contact us.

“Our ageing infrastructure, whether that’s on the water side with leakage, or on the sewage network in terms of the capacity we are treating, needs addressing.”

Ms Bentley said that Thames Water has a “broad range” of performance metrics that “need to change”.

“Since I joined 12 months ago I have been accelerating the money that we have got during this regulatory period”, she said.

“When I started I went out, I listened to our customers, I listened to environmental groups and members of this House, and of this committee, and it is clear that we have a broad range of performance metrics that we need to change”.

Footage of untreated sewage being pumped into Langstone Harbour, Hampshire for 49 hours straight appeared on social media today as the crisis continues to escalate.

And reactions elsewhere were hardly favourable.

It appears the legendary author and poet Micheal Rosen has led a charge across social media with amusing ideas for #pootitlesforBoris.

As ever a lot of other people jumped in and here are the dirtiest ones we could find, so you can keep your hands clean…