"This is how much the government really values its ‘heroes’" 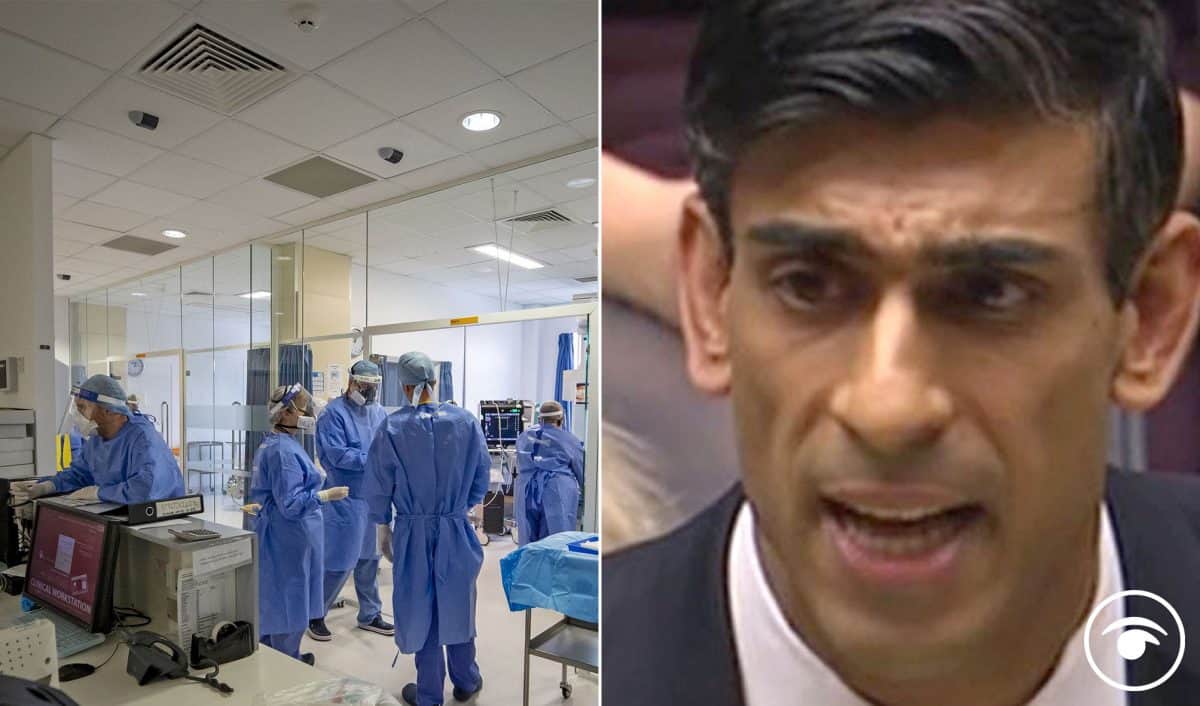 Labour has said denying NHS staff a pay rise in next week’s Budget would be a “kick in the teeth” after months on the frontline during the pandemic.

It comes as the the i newspaper reports that Chancellor Rishi Sunak will not include a pay boost for health workers in England, despite warnings it could cause an exodus among frontline staff.

Mr Sunak will not make any decision on salaries for NHS staff until he receives the NHS Pay Review Body’s conclusions, which are due to be delivered in May, according to the newspaper.

“If Rishi Sunak next week refuses it will be kick in the teeth to our brave hardworking NHS heroes.”

The Royal College of Nursing (RCN) added a low-level pay rise similar to that given to other public sector workers last year will not prevent nursing staff leaving after the pandemic, which would leave patients to “pay the price”.

There was a lot of anger on social media at this news.

David Schneider Tweeted: “WHAT THERE IS MONEY FOR: £22bn on failed Test & Trace £16bn on bombs & guns £billions to mates for dodgy PPE etc £200bn+ on Brexit £7k a day for consultants on Test & Trace

“WHAT THERE ISN’T MONEY FOR: A proper pay rise for NHS staff.”

Dr Rachel Clarke Tweeted: “Nurses, paramedics, doctors & allied health professionals have put their lives on the line every single day of this pandemic. Every. Single. Day. Yet this is how much the government really values its ‘heroes’

Labour Leader Sir Keir Starmer also added to the debate writing: “Keyworkers have put their lives on the line to get us through this crisis. They deserve a pay rise.”

Meanwhile, the Times reported that Mr Sunak is drawing up plans for a “stealth tax” on wealthy pensioners by freezing the lifetime allowance at just over £1 million.

Former Brexit secretary David Davis is among those warning the Chancellor against raising taxes, suggesting that it would lead to the loss of constituencies in the north of England.

The Daily Telegraph quotes a Treasury source as saying that the Chancellor will call for “honesty” about the need to eventually bring down wartime levels of spending in his Budget speech.

Former prime minister David Cameron warned Mr Sunak that tax rises “wouldn’t make any sense at all” as the nation opens back up from the coronavirus lockdown.

But Tory former chancellor Lord (Philip) Hammond urged Boris Johnson to risk unpopularity by telling the public “some difficult home truths” about the damage the pandemic has caused to the economy.

Downing Street has warned Conservative MPs they could lose the party whip if they vote against the Budget, amid suggestions there may be a rebellion over a possible increase to corporation tax.

No spending or taxation plans have been confirmed ahead of Wednesday’s Budget, but The Times reported that officials are considering plans to increase corporation tax from 19% to 25%.

Shadow chancellor Anneliese Dodds said increasing corporation tax in the Budget would be the “wrong decision” by the Government and questioned the need for “immediate” changes to the tax system.

Her comments to the Institute of Global Prosperity at University College London came after Labour leader Sir Keir Starmer said “now is not the time” for tax increases.

The Prime Minister’s press secretary, Allegra Stratton, told reporters that No 10 would consider votes against the Government’s Budget by Tory MPs as a confidence issue, meaning they could be stripped of the whip.

Mr Cameron, who is no longer a Conservative MP, warned against tax rises as he defended his own austerity policies, telling US broadcaster CNN: “Today we do face very different circumstances.

“So piling, say, tax increases on top of that before you’ve even opened up the economy wouldn’t make any sense at all.

“I think it’s been right for the Government here in the UK and governments around the world to recognise this is more like a sort of wartime situation.”

There has already been significant speculation about what Mr Sunak will announce, including reports that he could relaunch the Eat Out to Help Out scheme.

Vouchers for high street shoppers have also been suggested, as has bringing in lower alcohol duty for restaurants and pubs in recognition that the sector will continue to be impacted by restrictions until early summer.

It has also been reported that Mr Sunak may extend the stamp duty tax holiday by three months to stimulate the property market, as well as the business rates holiday.

He is also under pressure to extend the furlough scheme to protect jobs – due to end on April 30 – as well as create a £20-a-week rise in Universal Credit.

Related: ‘Here’s what you could have won’: Corbyn calls for Hancock’s resignation and end to privatisation of NHS