Some supermarkets have already started to place restrictions on the number of bottles you can buy. 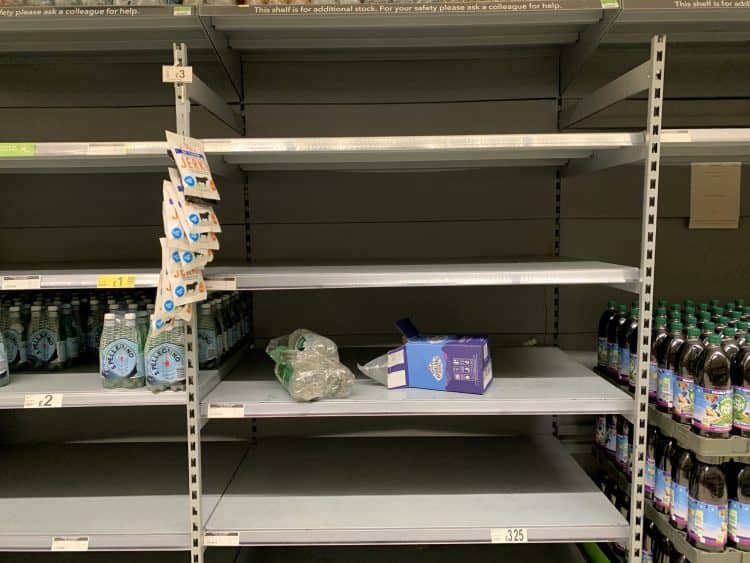 Supermarkets have started to place restrictions on bottled water amid reports Brits are panic buying in bulk.

Eight areas of England are formally in a drought due to searing heat and low rainfall, with experts warning that it could take until next year for usual levels to return.

The amount of water held in England’s reservoirs stood at just 65 per cent of total capacity at the end of last month – the lowest level for that point in the calendar year since 1995.

Most reservoirs are now classed as being “exceptionally low”, according to figures from the Environment Agency.

Some supermarkets are reporting excessive buying of water, with Aldi stores in London informing customers they are limiting them to between three and five bottles each.

The Government has insisted that there will be no repeat of household taps going dry, like in 1976.

“We are better prepared than ever before for periods of dry weather, but we will continue to closely monitor the situation, including impacts on farmers and the environment, and take further action as needed”.

Despite storms expected to bring the heatwave to a sudden end early next week, much of southern England is unlikely to see significant rain until September.

Yorkshire Water is the latest to bring in a hosepipe ban – taking the decision for the first time in 27 years, affecting five million customers.

The ban comes into force on August 26, and those caught flouting it face fines of up to £1,000.

Yorkshire Water said its reservoir levels fell below 50 per cent for the first time since the drought of 1995.

It added it would take months of rainfall to replenish.