British officials will argue that the EU has benefitted from £84 million in funding for the manufacturing of the AstraZeneca jab. 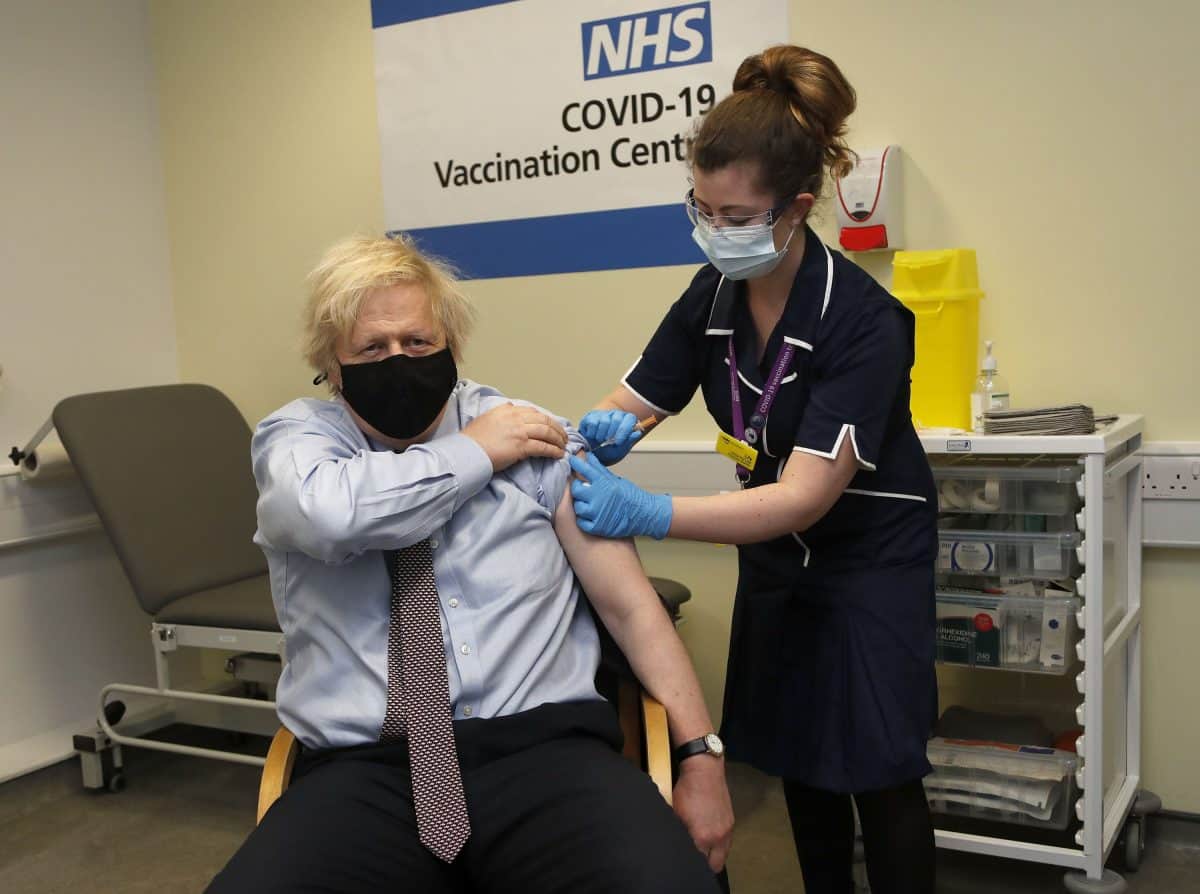 The UK reportedly plans to tell the European Union that it “must recognise” the millions spent by British taxpayers on creating the Oxford/AstraZeneca coronavirus vaccine, as the threat of an export ban on the jabs looms large.

Talks aimed at breaking the stand-off over jabs being manufactured at the pharmaceutical company’s Halix plant in Leiden in the Netherlands are set to resume as early as Monday.

The European Commission, led by Ursula von der Leyen, has threatened to block any shipment of vaccines from Halix to the UK, because AstraZeneca has fallen significantly short of its contracted deliveries to the bloc.

Von der Leyen last week demanded “reciprocity”, after she revealed that the EU had sent 21 million jabs to the UK since December – but received none in return.

Next week’s talks will focus on defining “reciprocity” – and whether it would include finished vaccines or their ingredients being shared, and how to take into account vaccine development.

According to The Telegraph, British officials will argue that the EU has benefitted from £84 million in funding for the manufacturing of the AstraZeneca jab – developed by scientists at the University of Oxford.

Britain is reportedly pushing for Britain’s per capita investment to be part of the calculations, because it is a single country rather than the 27 member states of the bloc – and so has invested proportionately much more than some individual EU nations.

The government’s recent spending review revealed that the UK has paid more than £6 billion in total to develop and procure coronavirus vaccines.

The minutiae of this funding is very difficult to quantify. But, according to Airfinity’s chief executive, Rasmus Bech Hansen, the EU should have used its economic firepower sooner to finance upgrades of factories and raw materials suppliers – instead, numerous accounts of the bloc’s slow vaccine rollout suggest that European leaders were too concerned with securing jabs at a lower cost per dose.

It is also true that the UK taxpayer has contributed a significant amount of money to the Oxford jab over the past year. Beyond the direct cost of the AstraZeneca vaccine, the Jenner Institute – the scientific institution which came up with the jab – has benefitted substantially from state science funding, and tax breaks for innovation.

Nonetheless it would be rash to suggest that the Oxford vaccine is solely down to the hard-earned cash of the British taxpayer. AstraZeneca, for example, received more than $1 billion in funding from the US Biomedical Advanced Research and Development Authority last May, as Donald Trump’s Operation Warp Speed threw financial muscle behind a number of vaccine contenders.

The likes of Bill Gates has also been influential in funding vaccine production across the world, in an effort to burnish the Covax initiative – which aims to supply jabs to low-income countries with vaccines – with millions of doses of the jab.

The Anglo-Swedish pharma firm was also allocated €336 million in public EU funding to help production of the vaccine, in exchange for 400 million early doses of the Oxford jab which, we now know, will be delayed.

Moreover, the UK government’s argument over the role of the taxpayer in creating the AstraZeneca jab overlooks other factors, such as the money spent by Germany in funding the Pfizer/BioNTech vaccine – of which around 20 million doses have already been exported to the UK. Around 20 million doses of that jab have already been exported to the UK. The UK, by contrast, has not exported any Oxford/AstraZeneca jabs to the EU.

In sum, it’s complicated. Brussels seems unperturbed by the UK’s playing of the taxpayer card; one diplomat told the Telegraph that such a claim “seemed fair” – and warned that the EU would also seek to have German investment in the development of the Pfizer jab taken into account.

“Reciprocity” is incredibly hard to define and quantify, and talks to do so will likely be heated. With Europe in the midst of a deadly third wave of Covid-19, and lives at risk, there is a lot at stake.

Related: Astounded reactions as new vaccine will be bottled up at… Barnard Castle