It will come as no surprise that he is a climate sceptic who has banked a large amount of money from the oil industry... 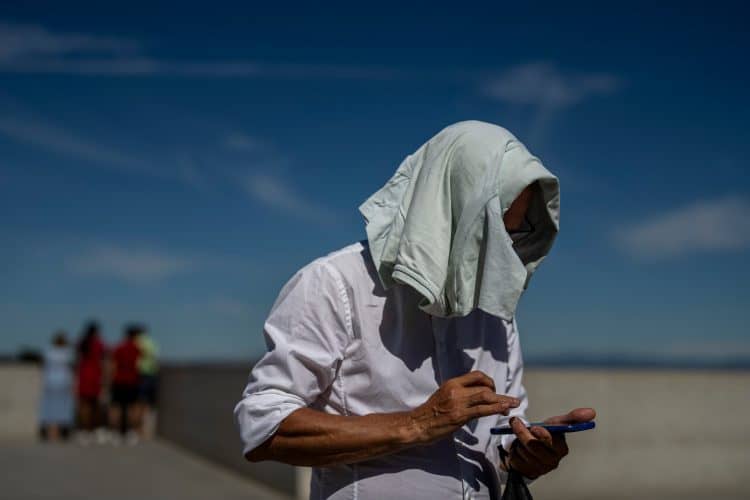 The Met Office has warned that people’s lives could be at risk as it indicated it is likely that a new UK record temperature could be set early next week.

Meteorologists gave an 80% chance of the mercury topping the UK’s record temperature of 38.7C (101.7F) set in Cambridge in 2019, with the current heatwave set to peak on Tuesday.

Temperatures will climb over the weekend, and the Met Office has issued an amber warning for heat covering much of England and Wales from Sunday until Tuesday.

Saturday is set to start with overcast skies and scattered showers in northern areas, before turning dry across the nation as the extreme heat moves in.

There is a 50% chance of temperatures reaching 40C somewhere in the UK, likely along the A1 corridor, with the Met Office issuing its first ever red warning for extreme heat.

The UK Health Security Agency has increased its heat health warning from level three to level four – a “national emergency”.

Level four is reached “when a heatwave is so severe and/or prolonged that its effects extend outside the health and social care system… At this level, illness and death may occur among the fit and healthy, and not just in high-risk groups,” it said.

But at least one Tory MP has managed to bring culture war into the potentially deadly weather.

Sir John Hayes, a Brexiteer who voted against reintroducing Covid restrictions told the Telegraph: “This is not a brave new world but a cowardly new world where we live in a country where we are frightened of the heat.

“It is not surprising that in snowflake Britain, the snowflakes are melting. Thankfully, most of us are not snowflakes.

“The idea that we clamour for hot weather for most of the year and then shut down when it does heat up is indicative of the state in which we now live.”

Sir John has previously been described as a climate change sceptic….which will come as no surprise.

Oh, and he has banked money from oil industry…