Boris Johnson, not exactly popular on Merseyside, slammed the fans who made their feelings felt as the national anthem played. 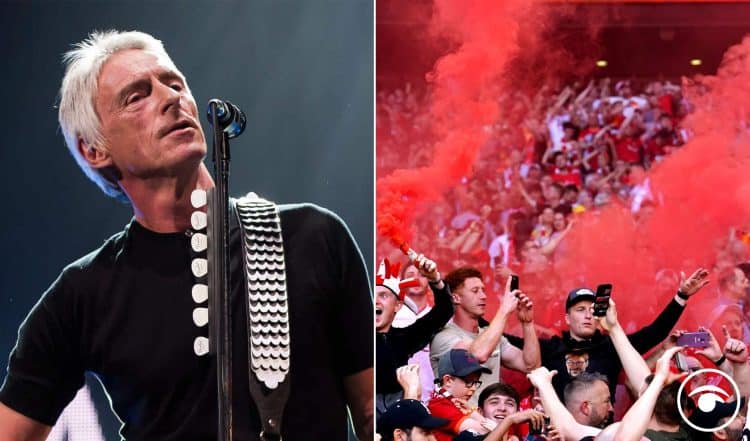 Asked whether the Prime Minister thought there was ever a reason to boo the national anthem, his official spokesman said: “No. Obviously the events over the weekend, it was a great shame that as we were marking 150 years of the FA Cup, an event that brings people together, that a small minority chose to act in that way.”

Sir Lindsay Hoyle, the Commons Speaker, also piled in on those from Merseyside, adding: “I utterly condemn any fans who booed Prince William at Wembley.

“The FA Cup final should be an occasion when we come together as a country. It should not be ruined by a minority of fans’ totally shameful behaviour. In this year of all years – the Queen’s Platinum Jubilee – this is dreadful.”

He was playing at the Lytham Festival last week when he asked: “Have we got anyone here from Liverpool tonight?”

He then added: “I would like to say whoever booed the national anthem: thank you so much. Thank you from West London, for standing up to those f******….that is another story. Please rise now for the new national anthem.” Weller then went straight into Town Called Malice.

Back in May Jurgen Klopp claimed Liverpool fans would not have booed the national anthem or the Duke of Cambridge at the FA Cup final “if there was not a reason”.

Some Reds supporters controversially jeered as ‘God Save The Queen’ was sung and as William, the president of the Football Association, was presented to players prior to Saturday’s showpiece against Chelsea at Wembley.

Liverpool manager Klopp admitted he did not enjoy the booing but did not condemn it when asked for his thoughts at a press conference on Monday.

The German said: “Of course I have thoughts, but I think in these situations it’s always best to ask the question, ‘Why does it happen?

“I know our people that well that they wouldn’t do it if there was no reason for it. I’ve not been here long enough to understand the reason for it – it’s for sure something historical – and that’s probably questions you can answer much better than I could ever.

“The majority of our supporters are wonderful people, really smart. They understand, go through lows, go through highs, suffer together.

“They wouldn’t do it if there was not a reason. That’s what I know. It’s not something I enjoyed but that’s (my) answer.”