“It will be for the French to decide if they want to step away from the threats they have made in recent days about breaching the Brexit (trade) agreement,” the PM's spokesman said. 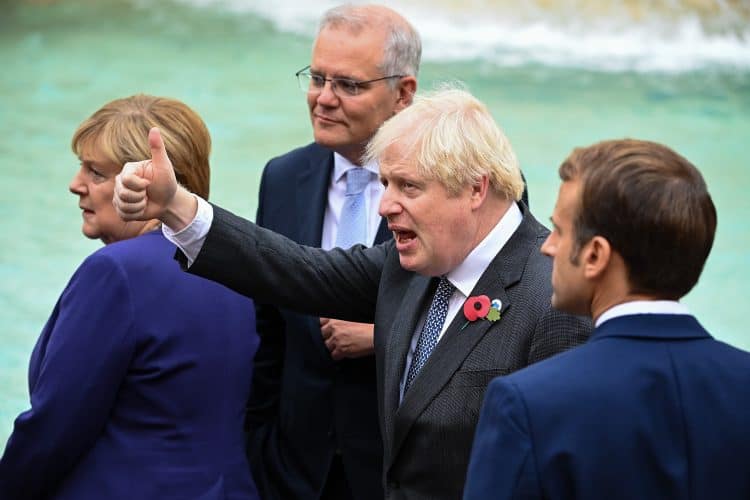 “It will be for the French to decide if they want to step away from the threats they have made in recent days about breaching the Brexit (trade) agreement,” the spokesman said.

French officials have warned they will bar UK fishing boats from some ports and tighten customs checks on lorries entering the country with British goods from Tuesday unless more licences for small boats to fish in British waters are granted.

Britain has said the threats represent a breach of the post-Brexit Trade and Co-operation Agreement struck between the UK and the EU.

Mr Johnson’s spokesman said: “The Prime Minister reiterated his deep concern over the rhetoric emanating from the French government in recent days, including the suggestion by the French prime minister that the UK should be punished for leaving the EU.

“He expressed his hope that the French government would de-escalate this rhetoric and withdraw their threats.”

Related: It’s official: Brexit’s impact on economy will be worse than the Covid-19 pandemic