"Brexit is now causing builders to down tools due to soaring material costs. Brought to you from the same government who promise to 'Build back better’," political commentator Marina Purkiss said. 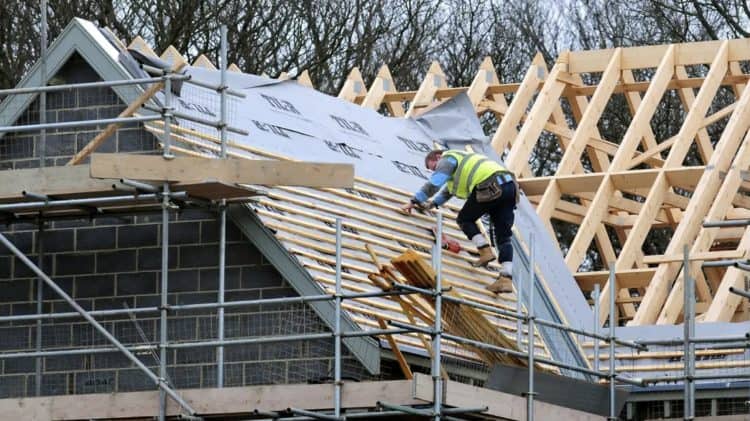 Builders are being forced to down tools due to soaring material costs, potentially dealing a hammer blow to the UK’s economic recovery.

Despite promises by the government to “build back better” by “supporting economic growth through significant investment in infrastructure”, the construction industry is facing a barrage of issues that could derail the recovery.

Last week, housebuilder Berkeley warned there are continuous supply chain and labour shortages caused by Brexit and the pandemic, The Independent has reported.

This is contributing to price rises for the industry, with materials now costing 20 per cent more.

And lorry driver shortages, which have been hitting supermarket supplies, are now also forcing smaller building firms, which account to 90 per cent of the industry, to pause their work.

Jonathan Portes, an economics professor at Kings College London, told the newspaper that the post-Brexit immigration system is one of the biggest issues constructions companies are dealing with when looking for skilled workers.

This is because workers, including Eastern Europeans, are self-employed, which means they are disadvantaged by the UK’s new rules.

Despite this, the business secretary rejected calls from the Federation of Master Builders to give EU lorry drivers temporary visas.

The construction industry is not the only one facing problems because of shortages.

McDonald’s milkshakes, children’s toys and IKEA mattresses are all reportedly in short supply.

During his show, Jeremy Vine giggled whilst discussing beer shortages, saying “Wetherspoons had to apologise to customers after they couldn’t get their supply of beer,” as pints of Carling and Coors dry up across its Brexiteer owner’s bars.

He then added: “Then the winemaker Hardy is saying he’s got problems with staff shortages, the barrels are dry.”

The TV presenter then concluded with flu jabs delays, tissues supplies and bed linen shortages causing trouble for hotels across the country.