He said: “The real issue is the complete lack of strategic planning. From our perspective, there has been none whatsoever.” 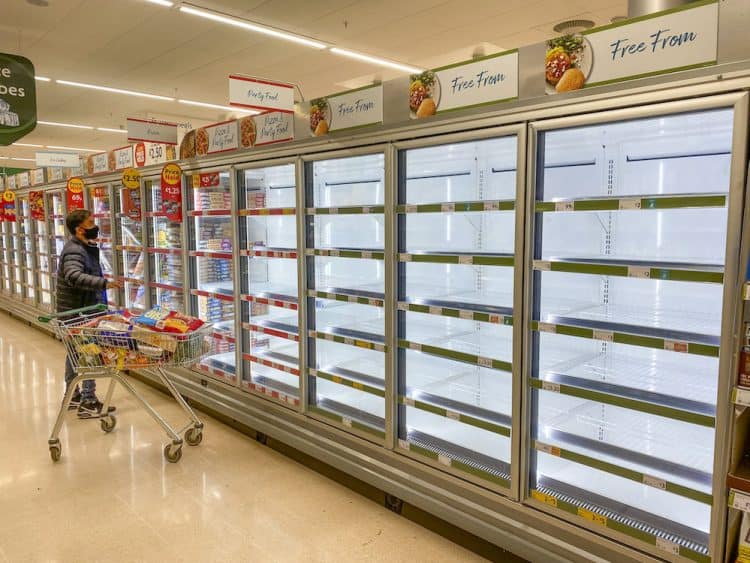 A North East business leader who wrote to the Prime Minister a fortnight ago asking him to tackle problems caused by Brexit said he is yet to receive a reply.

It comes as Army HGV drivers are ready to step in to tackle UK’s huge shortage of lorry drivers which is causing food shortages.

The government is expected to ask the military for help very soon, who will be using army lorries instead of civilian ones, according to The Sun.

Around 2,000 HGV drivers from the Royal Logistics Corps and other regiments will be put on a five-day notice to help with food and essential supplies distribution.

But they are meant to replace a shortage of 100,000 truck drivers, previously made up primarily of Eastern Europeans, who have been unable or unwilling to work in the UK because of post-Brexit rules and UK’s Covid travel restrictions.

James Ramsbotham, chief executive of the North East Chamber of Commerce (NECC), set out some of the issues which include a shortage of truck drivers, confusion over customs declarations and delays in transporting goods.

A survey of the NECC’s almost 2,500 members found three quarters of businesses had been negatively impacted by leaving the EU, he said.

The chamber said this was backed up by the Government’s own trade statistics which revealed a 37% drop in export and import trade.

The NECC asked for the SME Brexit Support Fund to be expanded to allow companies to train more staff and obtain the right equipment to process the new customs responsibilities.

It also wants the Government to act to make it more attractive for people to train to be lorry drivers.

The North East of England has historically carried out 59% of its international trade with the EU and the chamber said it has stood out as “one of, if not the only, net-exporting region in Great Britain”.

At the time of writing the letter, Mr Ramsbotham said: “Exports are vital to the national economy.

“They are our national income. Damaging the ability of businesses who create wealth for our nation will make this country so much poorer.

“To do so when we are striving to recover from the pandemic, with all of its resulting debt, will burden this nation for decades.

“We encourage the Prime Minister to give this issue his most urgent and personal attention.”

But a fortnight later, Mr Ramsbotham has not had a reply.

He told the Guardian newspaper: “The real issue is the complete lack of strategic planning.

“From our perspective, there has been none whatsoever.”