'Don't you think 12 years is long enough?' - An enraged civilian left the Health Secretary lost for words, after delivering some home truths. 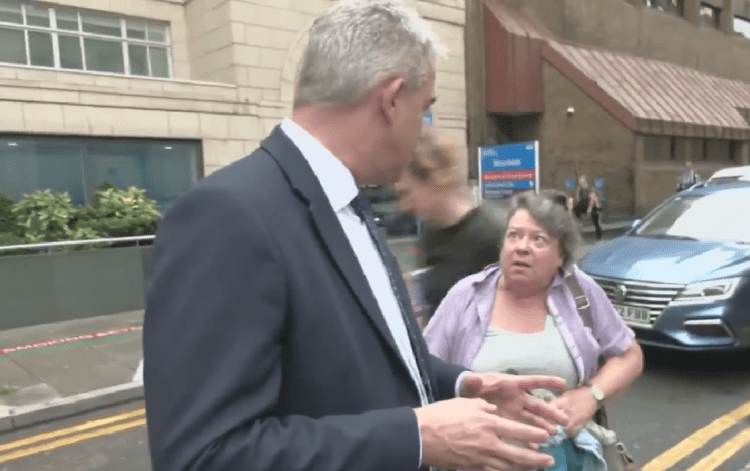 Righteous anger is spilling onto the streets of Britain, it seems. Health Secretary Steve Barclay was heckled and humiliated by a passing member of the public on Thursday, after he was confronted about the current state of the NHS.

The UK’s once-exemplary health service has taken a battering in recent years – and ever since the onset of COVID, things only seem to have got worse. Waiting lists for surgery have soared, A&E times have gotten longer, and now, our ambulance network is in crisis.

There’s a myriad of issues currently blighting the NHS. It’s decline has been hard to stomach. And, as British citizens try and piece together how it got to this point, many are starting to realise who’s actually been in charge for the past 12 years.

After 12 years in power, Tories leave NHS in dire straits

As a sterile and bleak leadership contest enters its dying rounds, it looks like overwhelming favourite Liz Truss will move into 10 Downing Street next month. She will be tasked with trying to fix a system that has run into disrepair during the last decade of Tory rule.

With the NHS in turmoil, millions of Brits are now left to wonder if they’ll even be able to access the healthcare our taxes are meant to pay for. That despair doesn’t take long to fester into fury, though – and the Health Secretary bore the brunt of this public anger yesterday.

His exchange with the unidentified woman is legendary. While giving a press interview outside of a hospital in London, Steve Barclay is interrupted. The civilian berates the minister and his political party, by accusing them of doing ‘bugger all‘ while in government.

With the current PM and his Cabinet cronies in ‘suspended animation’ at the moment, a summer of inactivity from Tory leaders has worsened the public mood. A bemused Barclay tried to respond, but he was ultimately schooled by this vigilante vox-popper:

“Are you going to do anything about the ambulances waiting and the people dying out? Don’t you think 12 years is long enough? Twelve years and you’ve done bugger all about it! People have died, and all you’ve done is nothing.” | Woman confronts Health Secretary Steve Barclay