An alleged security threat has been reported on the streets of Whitehall on Monday - and the incident took place 'within a mile' of Parliament. 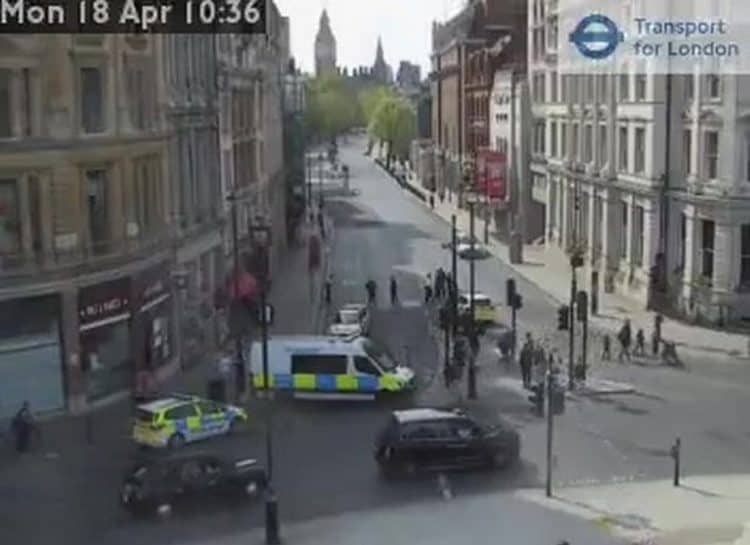 Police have arrested on male suspect on Monday, after an unidentified security incident was reported in Whitehall. The situation forced a major road closure, and cops have cordoned off the area as investigations continue.

The alarm was raised late in the morning. Thankfully, there are no injuries or serious casualties to report. However, Police at the Ministry of Defence were summoned to help support the response. Here’s what we know so far…

What’s going on in Whitehall?

Westminster Police confirmed that the risk to the public is now non-existent, following the swift work of officers at the scene. Mystery still surrounds the incident, but the area has now been confirmed as ‘secure’:

“Officers are assisting the MOD Police at Horse Guards following an incident earlier this morning. A 29-year-old has man has been arrested & is in custody. There are no reports of any injuries & there is no known risk to the public. Further updates will be provided in due course.”

A video of the police response has also been posted online. We can see several police cars enforcing a roadblock, as the street leading towards Parliament and Downing Street remains eerily empty. There will be more updates on this story as we receive them.