“We haven’t got a clue what’s going on, we really haven’t. We’ve been messed about all day." 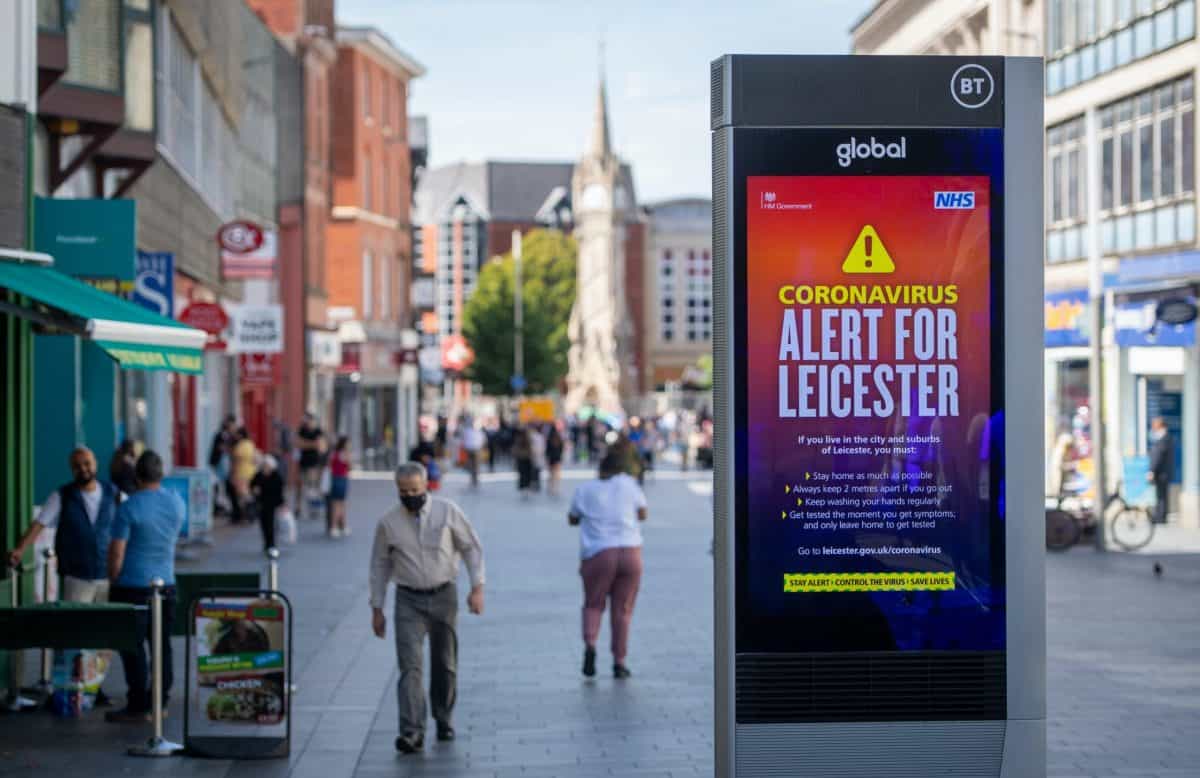 The mayor of Leicester has expressed his frustration after the Government delayed its decision on lifting the city’s lockdown restrictions – saying “what a way to run a country”.

Sir Peter Soulsby said “we haven’t got a clue what’s going on” when asked if there was an update on Leicester’s situation – adding that he was “really angry” for people in the city.

The mayor was expected to be informed of the Government’s decision earlier on Thursday.

Restrictions were originally put in place by Health Secretary Matt Hancock on June 29 after a spike in Covid-19 infections in the city.

The measures were then relaxed as clothing retailers were among those allowed to welcome back customers on July 24.

“We haven’t got a clue what’s going on”

Leicester’s mayor said he had been informed of the Government’s intentions to discuss the city’s restrictions at 6pm.

Asked if there was an update on the city’s situation, Sir Peter told the PA news agency: “We haven’t got a clue what’s going on, we really haven’t. We’ve been messed about all day.

“What a way to run a country.”

Expressing his concerns about the uncertainty among the people of Leicester, Sir Peter said: “I’m incredibly frustrated on their behalf.

“I’m particularly frustrated on behalf of the businesses in Leicester because obviously they’ve now had four weeks of extra lockdown.

“They’ve been promised extra support from the Secretary of State for Health – he’s never delivered on it.

“We’ve had a bit of a whisper that we may be getting a couple of million extra but frankly that’s not going to go anywhere across a city like Leicester.

“After lockdown for an extra four weeks, those businesses are struggling and I’m really angry on their behalf.”