"Putin. The most ardent Brexiteer," tweeted one person after watching the video. 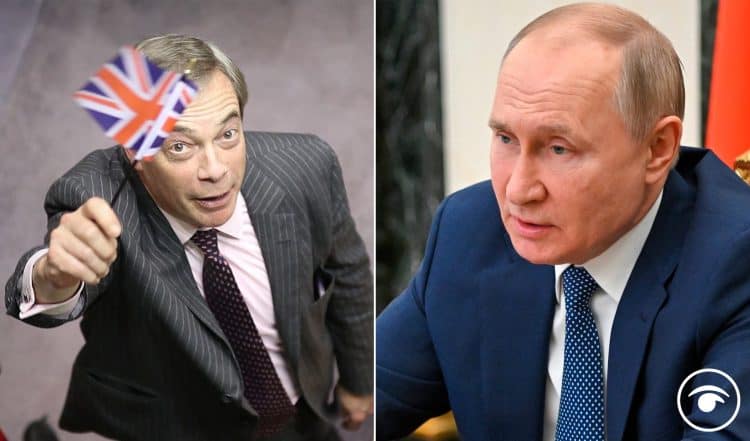 The war in Ukraine must not place a “freeze” on Government action on Brexit’s Northern Ireland Protocol, the DUP leader has warned. But what impact did Putin have on Brexit? A resurfaced video may concern you.

Sir Jeffrey Donaldson spoke amid suggestions the Government may be reluctant to deepen the dispute with the European Union (EU) over the contentious Irish Sea trade barriers due to Russia’s invasion of its neighbour.

Sir Jeffrey also insisted the DUP will continue to attend anti-protocol rallies organised by loyalists in Northern Ireland, despite senior MP Sammy Wilson being booed at an event in Co Armagh last month.

Ongoing talks between the UK and EU on ways to reduce the red tape created by the protocol are continuing, although the engagements are set to be more low key in the coming months, with both London and Brussels mindful of a potentially fractious election campaign in Northern Ireland ahead of May’s Assembly poll.

A video of Putin has been rehsared on Twitter and it is worrying.

Mike Galsworthy tweeted out the video and it makes a troubling watch.

He tweeted: “Well this is fascinating resurfaced video. Putin was insistent that May completed on Brexit. He seems to really care about it. He, of all people, citing the “democracy” imperative to remove public power to reevaluate it, is bemusing.”