The PM has vowed to “come down hard” on crime as he announced an extension of police stop-and-search powers and tougher sentences for violent criminals. 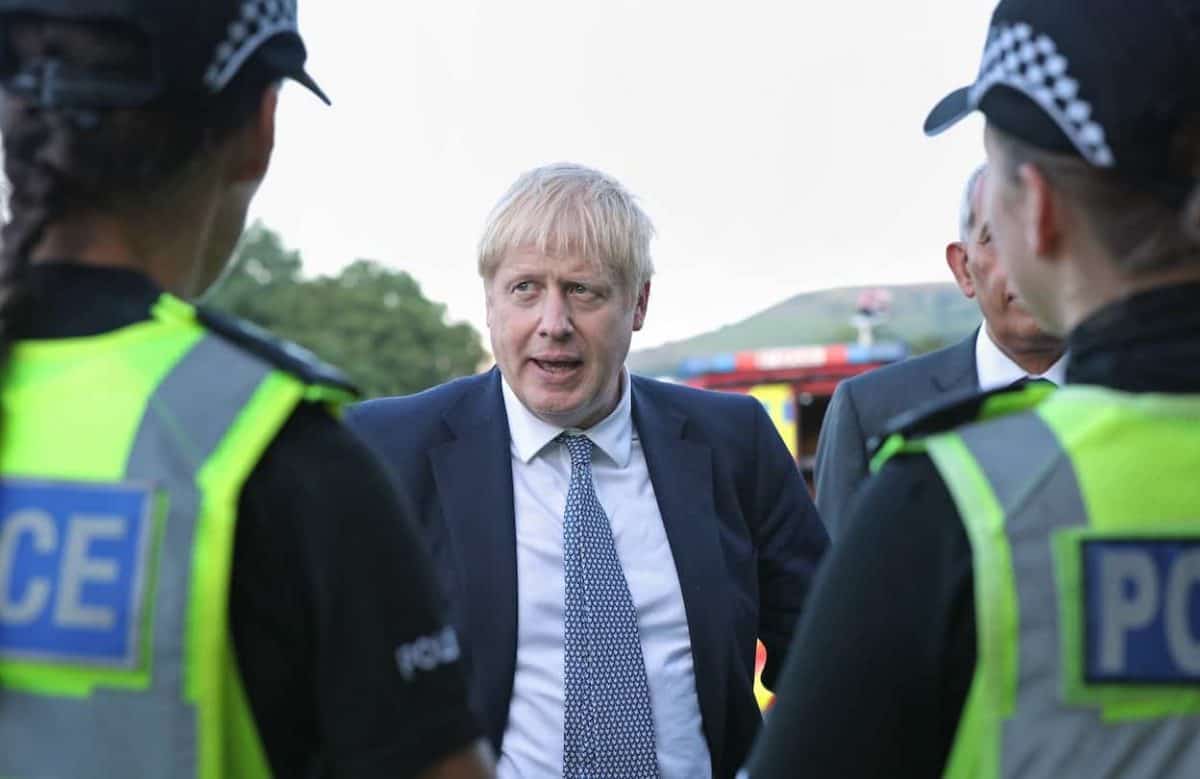 The PM says he wants criminals to ‘feel afraid’ as he promised £2.5 billion to build 10,000 new prison places.

The Prime Minister said he was determined to tackle rising levels of knife crime amid the impression of a growing “culture of insolence” among “thugs” who believed they could act with impunity.

At the same time, he said the Government would be investing £2.5 billion in creating 10,000 new prison places to ensure serious violent and sexual offenders got the sentence they deserved.

Since taking office last month, Mr Johnson has already set out plans to recruit another 20,000 police officers over the next three years.

But shadow home security Diane Abbott said extending Section 60 stop and search powers over the summer is a “tried and tested recipe for unrest, not violence reduction”.

His latest announcement will be seen as further evidence that he is preparing the ground for an autumn general election amid continuing deadlock in Parliament over Brexit.

It comes just days after a police officer received multiple stab wounds after being attacked with a machete in east London.

Writing in The Mail on Sunday, the Prime Minister said the “first duty” of any government was to protect the public.

“We have the impression of a growing culture of insolence on the part of the thugs; and in the face of that sense of impunity – entirely misplaced – I believe the British public knows instinctively what we must do,” he said.

Under the Government’s plans, an existing pilot project, which allows police to deploy stop-and-search powers in an area without the authorisation of a senior officer, will be extended to cover an additional 8,000 officers in England and Wales.

Mr Johnson acknowledged the move would be controversial but said he believed it would have the backing of the parents of those children most at risk of getting caught up in knife crime.

“We are making clear that the police can and should make use of their stop-and-search powers,” he wrote.

“I know that left-wing criminologists will object. And, of course, it is right that stop-and-search should be done courteously and in accordance with the law.

“But I also know that the people who back this intervention most fervently are often the parents of the kids who are so tragically foolish as to go out on the streets equipped with a knife, endangering not only the lives of others but their own.”

The Prime Minister said the investment in the prison system – approved by Chancellor Sajid Javid – was “long overdue”.

When police did catch violent criminals, he said that it was “vital they get the sentence they deserve”.

He wrote: “In the past five years, we have seen literally hundreds of convicted rapists who have come out of prison commit another sexual offence.

“This cannot go on. I am afraid that as a society we have no choice but to insist on tougher sentencing laws for serious sexual and violent offenders, and for those who carry knives.

“Our first duty is to protect the public in the most basic way – and that means taking such people off the streets.”

Ms Abbott said: “This draconian approach shows that Boris Johnson’s government has no real plans to invest in policing or a public health approach to tackling violent crime. They have opted to ‘appear tough’ instead of dealing with the root causes of crime.

“Evidence based stop and search will always be a vital tool in preventing crime. But random stops have only poisoned police community relations.”

The Ministry of Justice said the first new prison would be built at Full Sutton in East Yorkshire alongside the existing maximum security jail.

Peter Dawson, director of the Prison Reform Trust, said: “Doing the same thing over and over again and expecting different results strikes most people as a mistake. We have been here so often before – most recently with Michael Gove promising and failing to build 10000 more prison spaces in 2016.