The embarrassing U-turn on immigration was just one of a day of disasters in Boris Johnson’s election campaign. 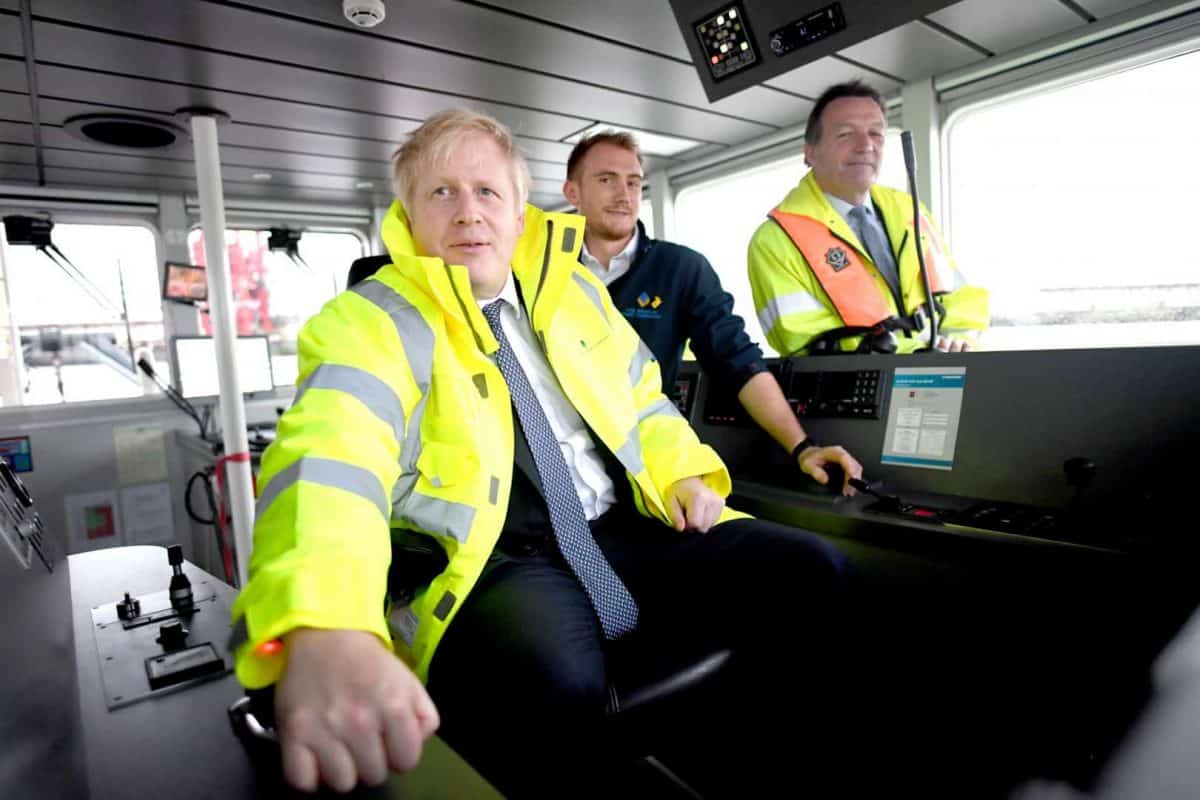 Boris Johnson has appeared to row back from a promise to cut immigration if the Tories are returned power in the General Election on December 12.

The Prime Minister said the Conservatives’ promised points-based immigration system “may” mean the numbers come down “in some sectors”.

At the same time ministers made clear they were finally abandoning the party’s long-standing commitment to get net migration down below 100,000 a year – a target they have never met.

Ms Patel made the apparent commitment to cut overall immigration numbers in a Conservative press statement attacking Labour’s immigration policies. But as with other policies, it transpired pretty soon that the Conservative Party had no idea what there own were.

“We will reduce immigration overall while being more open and flexible to the highly skilled people we need, such as scientists and doctors,” the Home Secretary said.

Previously ministers had refused to say whether the Government’s proposals would lead to lower immigration.

Initially, the Security Minister Brandon Lewis appeared to endorse the shift, saying a points-based system would give control to the Government “and we can then see immigration being reduced”.

However, during a visit to a school in Kingston, Ms Patel declined to repeat the commitment to reducing the overall numbers.

“We’re at early stages right now,” she told the PA news agency. “Because we’re in the middle of an election campaign as well there’s very, very limited things that I can say about the policy development.”

And campaigning in Bristol, the Prime Minister also avoided any commitment to an overall cut.

“We want to have a controlled system,” he said. “And yes, that may mean in some sectors immigration comes down.”

Earlier, Mr Lewis said a Conservative government would not have an “arbitrary target” for immigration numbers as he admitted voters felt “let down” by their failure to deliver on the net migration commitment.

“I recognise that people, including myself when I was immigration minister, have talked about reducing migration and net migration for years; we’ve not done that. That’s let people down,” he told the BBC Radio 4 Today programme.

The Conservatives have long faced criticism over the net migration target – the difference between the numbers coming in and the numbers leaving – set out by David Cameron in the party’s 2010 election manifesto.

This target was never met once in nine years.

Mr Lewis said the failure to meet the target was in part because they had been in coalition with the Liberal Democrats from 2010 to 2015.

The Lib Dems hit back, accusing the Tories of seeking to arbitrarily cut immigration numbers without regard to the consequences.

Home affairs spokeswoman Christine Jardine said: “Our public services, including our NHS, rely on the contribution that immigrants make but the Tories are willing to put this at risk just to pursue a nationalist Trumpian agenda.”

The embarrassing U-turn on immigration was just one of a day of balls ups in Boris Johnson’s election campaign. Among the other disasters he faced :

“The Conservatives have nothing to offer our country. After a decade of cuts to our public services, the NHS is on its knees and shockingly, life expectancy has even started to fall in parts of the UK.”