"He always looks like a toddler that's been allowed to dress himself that day," one person said. 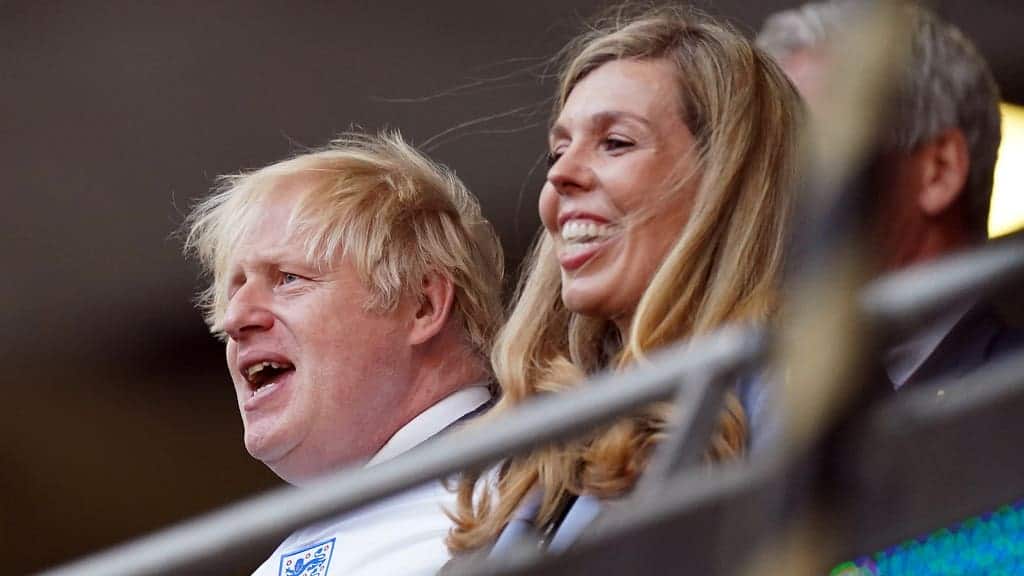 Boris Johnson was spotted wearing an England jersey over his shirt and tie last night, prompting some hilarious reactions on social media.

The prime minister hailed a “fantastic performance” from England as he urged the Three Lions to “bring it home” after they booked their place in the final of Euro 2020.

Harry Kane’s extra-time winner at Wembley secured a 2-1 victory over Denmark for Gareth Southgate’s team, sending England into their first major final since 1966.

Boris Johnson, who was at Wembley with wife Carrie to watch the game, tweeted: “Tonight @England played their hearts out.

“What a fantastic performance from Gareth Southgate’s squad.

“Now to the final. Let’s bring it home”.

But it wasn’t that tweet that grabbed the attention of most people.

We’re behind you @England! ??????? pic.twitter.com/MQSUvoexkb

After being pictured leaving Downing Street, photos of the PM wearing an England kit over his shirt and tie started to circulate on social media.

“This is the best game of soccer I’ve seen since um harlequins FC beat Aintree FC at the Eton Derby” pic.twitter.com/AD5LxrOPMN

The suit says “I think I’m better than you” while the shirt says “I have been forced to wear this shirt” pic.twitter.com/BC7tsdhqZk

Who among us hasn’t gone to a match with the shirt on and a *fucking shirt and tie underneath* pic.twitter.com/rFC7pZEbGD

Before and after stress drinking pints during this. pic.twitter.com/ym6Ns5eubR

Top punditry from Gary Neville: “For the last couple of years the quality of leaders in this country has been poor”. ? #ENGDEN

When your Nan knits you a football shirt and your mum makes you wear it. pic.twitter.com/JzEA86APZR

He always looks like a toddler that’s been allowed to dress himself that day. https://t.co/L41pxpvVdj

How Can Small Business Owners Succeed In Times Of High Inflation?