“We have to recognise that the old concepts of fighting big tank battles on European land mass are over and there are other better things we should be investing in," the prime minister said in November 2021, when there were warning signs about Russian troops at Ukraine's border. 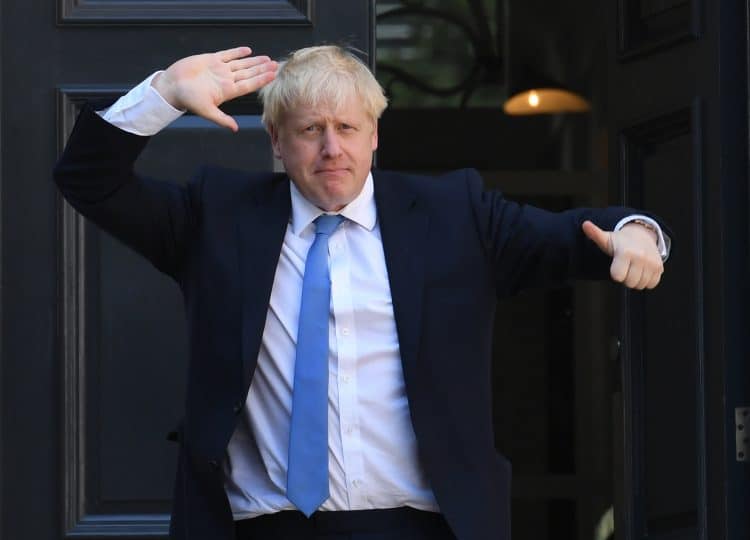 A video showing Boris Johnson telling a Tory MP who was an army captain that the UK doesn’t need to prepare for wars using “old” military equipment like tanks has racked up hundreds of reactions.

The prime minister made the remarks in November 2021, when Tobias Ellwood, who used to be a soldier, challenged him on the matter.

Johnson said: “We have to recognise that the old concepts of fighting big tank battles on European land mass are over and there are other better things we should be investing in.

“I think that the investments that we are making in new technology are absolutely indispensible to our ability to fight and I don’t think that going back to a 1940-style approach will serve us well.”

This is despite the fact that armed forces chief Nick Carter warned in the same month that the UK must be ready for a war with Russia and that Russian troops could be massing at the Ukrainian border, according to The Guardian.

Johnson’s intervention has now resurfaced, as Russia rolled in a convoy of tanks across Ukraine’s border on Thursday.

Journalist Otto English said the prime minister’s thoughts in November, which included the fact that preparations should focus on cyber attacks rather than tanks, have “aged like a herring in a pair of old pants on a hot summers day.”

And ITV political editor Robert Peston said: “This recent argument between Tobias Ellwood and Boris Johnson is absolutely jaw-dropping, and shows how little the prime minister and his advisors understood Putin and his ambitions.

One Twitter user said “Johnson clearly had not listened to the military experts in his own party”, whilst another listed a number of claims the prime minister may now regret.

Apart from the remarks on how the UK should prepare for potential wars, Johnson had said in October last year that ‘fears about inflation are unfounded’.

In March 2020 he said the ‘UK can turn the coronavirus tide in 12 weeks’, whilst in December the same year he declared Britain would ‘prosper mightily after Brexit’.

Defence Secretary claimed UK could beat Russia, ‘like in 1853’

Earlier this week, Defence Secretary Ben Wallace has sparked hundreds of reactions after saying Russia’s president Vladimir Putin has gone “full tonto” after he launched a full-scale invasion of Ukraine.

The Tory secretary also said the British Army “kicked the backside of Tsar Nicholas I in 1853 in Crimea” and claimed “we can always do it again”.

He said: “It’s going to be a busy Army,” Wallace said, adding: “Unfortunately we’ve got a busy adversary now in Putin, who has gone full tonto.

“Tsar Nicholas made the same mistake Putin did… he had no friends, no alliances.”