Global corruption analysts Transparency International estimate £1.1 billion worth of London property is owned by Russians accused of corruption or links to the Kremlin. 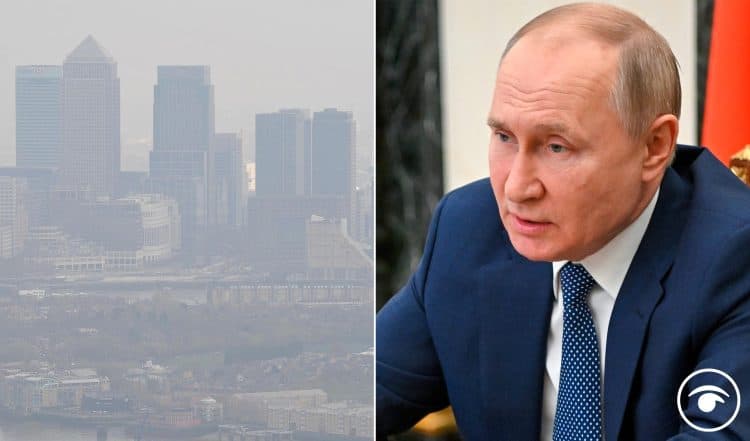 Mayor Sadiq Khan has called for property owned by Russian oligarchs in London to be seized and a huge tax imposed on foreign buyers who leave their homes in the capital empty.

Mr Khan has “demanded” the government step in and take control of the London assets of allies close to Russian president Vladimir Putin in the wake of his invasion of Ukraine.

He also wants to see increasing taxes put on overseas buyers that the mayor said he would use to raise up to £370million a year to invest in affordable houses.

Today Mr Khan, said the proposal would “fight back” against the capital’s housing market being used “as a playground for international oligarchs”.

Since Putin’s war machine rolled into Ukraine in the early hours of yesterday morning (Thurs), there have been growing calls to halt the so-called ‘London laundromat’ of dirty Russian money flowing through the capital.

The 10-point sanctions package also included an asset freeze to stop major Russian companies raising finance in Britain and Russia’s flagship airline Aeroflot was banned from landing in the UK.

But there were calls for Putin himself as well as his cabinet and closest allies to be personally named in the sanctions.

Global corruption analysts Transparency International estimate £1.1 billion worth of London property is owned by Russians accused of corruption or links to the Kremlin.

Mr Khan added: “For far too long ministers have turned a blind eye to the use of our capital’s homes as a safe harbour for oligarchs to park their cash, which is having a negative impact on both our international reputation and our local housing market. Now is the time to act.

“London will always be open to foreign investment and the millions of people from around the world who choose to make our city home.

“But we must take proactive measures to insist on a greater contribution from overseas buyers, clamp down on those who look to exploit our openness, and use the money to invest in social and other low-cost homes for Londoners.”

The mayor added he wants to see the tougher series of levies brought in alongside new rules to reveal who owns London homes and supports the seizure of property linked to allies of Putin.

A lack of transparency in the legal ownership of companies and properties could be aiding offences such as tax evasion and money laundering, as well as hiding the assets of those who would come under any possible sanctions regime, Mr Khan said.

The proposals would include raising capital gains tax on overseas buyers from 28 per cent to 40 per cent and increasing the taxes paid by overseas companies investing in property by putting up the Annual Tax on Enveloped Dwellings that is paid by companies that own residential property in the UK valued at more than £500,000.